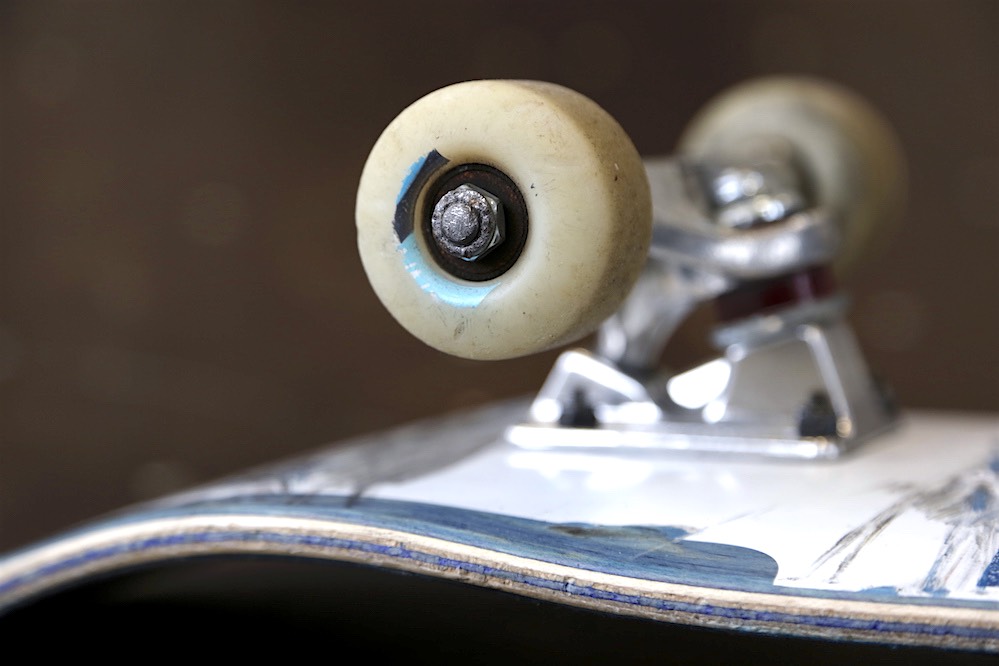 Wayward is a relatively new brand whose main focus is on skateboard wheels, not to mention some pretty nice streetwear. To test whether the urethane from the “new kid on the block” can hold its own, I took a closer look at the Wayward Cannon Shapeshifter wheels in a skate test.

Wayward Wheels was founded in 2014 by Andrew Brophy and Benny Fairfax, in an effort to do their own thing and go their own way, as the name already suggests. The whole deal seems to work out pretty well too since the young team oozes style and technical skateboarding with riders like Lucas Puig, Rodrigo TX, Tyler Bledsoe, Lucien Clarke and Miles Silvas. According to their website, the brand’s motto is, “We always win”. This gave me more than enough reason to test whether the skateboard wheels from Wayward can deliver on that promise.

Wayward’s wheels have a pretty minimalistic design. This applies to the graphics as well as to the shape of the wheels. The Cannon Shapeshifter Wheels come with subtle logo prints on the front and a larger Chewy Cannon signature print on the inside of one of the four wheels.

With a 53 mm diameter, 101 A, 19 mm contact patch and 34 mm width, the wheels can be considered as slightly wider street/all-around wheels without a core. In addition to the classic Round Cut like the Cannon Shapeshifters, you can also get skateboard wheels from Wayward in their Funnel Shape, which is a wider, conical wheel shape for more traction and control when you need it.

During the very first session, I immediately recognized that the Wayward Cannon Shapeshifter wheels are considerably wider than typical wheels with a classic shape. Due to the traction from the wide contact patch, I had loads of control over my board regardless of the relatively high 101 A Durometer.

“The wheels were very controllable at high speeds” 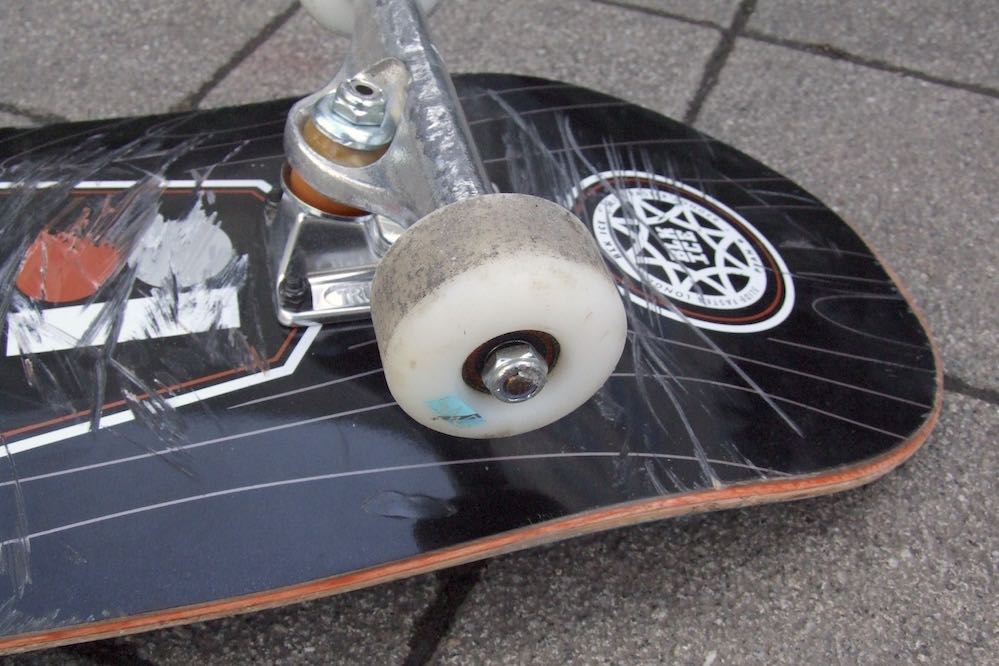 In the beginning, I had some thoughts about the wheels being almost too grippy (despite their high durometer) since they were not as responsive during Powerslides and Reverts as I had hoped they would be. In order to break into a decent Powerslide, you had to go seriously fast. But after about five hours with the wheels being part of my setup, my worries were gone. Giving the wheels some time to break in and smooth some of the grooves that you find on brand new wheels, the slides get a lot easier.

Generally speaking, I had the impression that the wheels were very controllable at high speed. So, in short, I would say that the Round Cut from Wayward is a versatile wheel shape that could catch many riders’ fancy – from technical skateboarding to the mini ramp. Nevertheless, I’ve skated wheels before that I was a bit more down with.

I skated the Wayward Cannon Shapeshifter Wheels for six months in total. After this period of time filled with many sessions, different surfaces and loads of Powerslides / Slides, the wheels didn’t show a single sign of flatspots. While the width of the contact patch has hardly changed, the wheels lost about 3 mm of their diameter in six months, which is a good result.

After about three months of testing, I flipped the wheels in order to prevent conical abrasion. Therefore, the wear was rather even and I can still ride the wheels today. There is not much to complain about the performance of the wheels after the six months of testing, either. The wheels are still doing a great job, just as they did at the start of the test.

The Wayward Cannon Shapeshifter wheels definitely passed the skate test. Though new to the business, Wayward have pretty durable wheels in stock with a urethane formula that can keep up with the old dogs of the skateboard wheel market. While Wayward doesn’t explicitly advertise the flatspot resistance of their wheels, there are no shortcomings in this respect.

What should be highlighted is the wheel’s durability. But to be honest, I have skated wheels in the past that I had more fun sliding with. Anyway, this is more of a personal preference than criticism. So, if you are into skating street or park and sometimes like to take a detour to the mini ramp, you will have a lot of fun with the Wayward Cannon Shapeshifter 53 mm wheels.