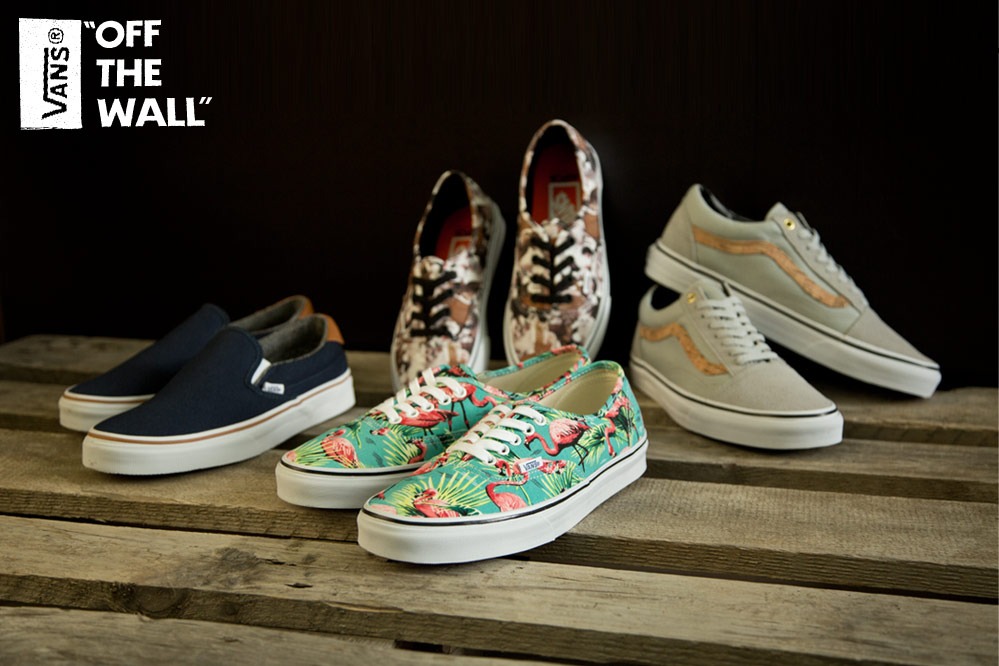 Off the Wall! Vans shoes are a certainty in the skateboarding community. It doesn’t matter if you are wearing the Vans Authentic, Era or a pair of the classic Old Skool series, these kicks belong to skateboarding like griptape on a skateboard! To find the right model for your needs and your feet, we decided to share some small expert knowledge about the Van Doren skater shoes with you today. 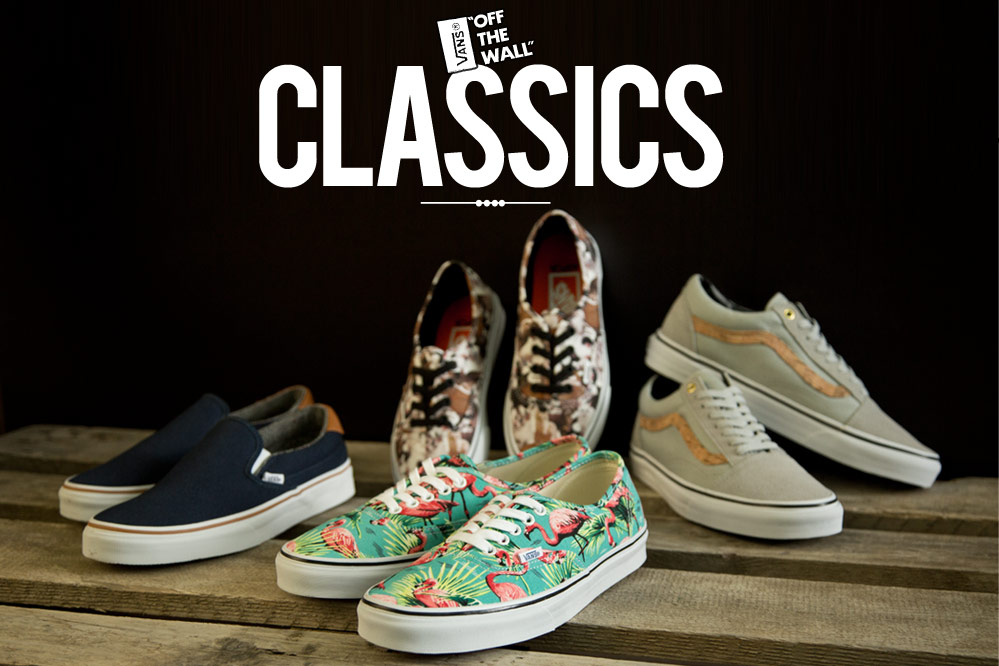 Classics never go out of fashion and Vans shoes are no exception. But the Californian cult label with the waffle sole is much more than a sneaker company – Vans Classics embody whole generations of skaters, surfers and musicians.

It all started with the pattern #44 – better known as the Vans Authentic. As one of three original designs, this classic was sold incredible 12 times on the first day of production in 1966. Even though the sales have increased a lot since then, the design of the Authentic has hardly changed. Although the shoe consists only of a vulcanized outsole and lightweight canvas, it is an absolute allrounder. Depending on the color combination, the Authentic works with both a casual skating outfit and snazzy slacks. The skateboarders of the late 60s discovered the Vans Authentic due to its good fit on a skateboard deck.

Like every Vans shoe the Authentic is unisex. Therefore, it can be worn by guys and girls, even though there is a special design for female feet, namely the Vans Authentic Lo Pro.

Designed to be the first real skate shoe, the 1976’s original Vans Era was created by the Dogtown legends Tony Alva and Stacy Peralta. Visually, it is very close to the Authentic, but the Era has some specific skate features such as padding on tongue and collar to ensure better stability while skating.

By the time the Vans Era conquered the skateboarding world, company founder Paul van Doren was still looking for some distinguishing emblem for his Vans. Meanwhile, Nike and adidas had already established the legendary Swoosh and the famous three stripes, which meant that the hobby doodler van Doren had to draw some sketches on his own. He came up with the “Jazz Stripe”, the wavy side stripe, which is a stable on the Vans Old Skool since then.

The so-called “Style 36” then debuted in 1978 as a new Vans skate shoe but soon made its way into the music scene. Bands such as Black Flag, Descendents and Slayer wore the Vans Old Skool and made it the trend shoe of the 80s and 90s. Over the past couple of years, Vans released several limited music tributes and band signature models.

Get ready for the last classic model – the Vans Slip-On. Although we have talked about this cozy skate shoe a lot in our Spring Trend #1, we should take the time for a few more lines.

1977 was not just the year of the Punk movement in England, but also the birth of the Vans Slip-Ons. They were initially designed as a link between the surf and skate culture of the 1970s. Without the hassle of laces, the slipper could be donned simply after surfing before riding through the streets on a skateboard. The shoes gathered international attention when Sean Penn wore the black and white checkerboard Vans Slip-Ons in the 1982 iconic youth movie “Fast Times at Ridgemont High”. Even though you do not come along the famous checkerboard pattern very often these days – as Vans is more and more specialized in material mix and muted colors – the Slip-On still remains one of the most famous shoe models of the Californian brand.

Well, let’s be honest, with this little shoe guide we probably did not make the choice for your next pair of Vans easier. Vans has simply released too many good designs in the last 50 years. So we may have to give them a new slogan: Vans – Gotta Catch ’em All!

All Vans Classics shoes at skatedeluxe!

The Vans Shop at skatedeluxe!