4 total products
There are only a few graphics that have a level of cult status like those of Alien Workshop decks. Alien Workshop has been part of the skateboarding community for almost 30 years and has contributed significantly to the culture with videos like Memory Screen and Photosynthesis. [Read more]
4 items were found
Apply filter 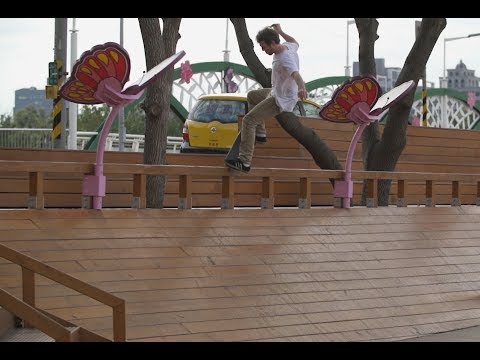 After the legendary label took a brief hiatus to regroup and to find their way, it breathed new life into the skateboarding world with people like Yaje Popson, Sammy Montano, Franky Spears, Darius King, Joey Guevara and Brandon Nguyen. Following in the footsteps of Dylan Rieder, Jason Dill, Anthony Van Engelen, Arto Saari and co. is no easy feat, but with Sovereign Sect Ep.1 Control Room, the Sovereign Sect proved that it's possible.

A Fresh Start After a Brief Loss of Control

Alien Workshop has quite a few years behind it, some of which have caused the mothership to sway. After the brand was taken over in 2012 along with DNA Distribution by Rob Dyrdek, some turbulent changes in the team and the brand itself followed.

Long-time team riders Jason Dill and Anthony van Engelen left Alien Workshop in 2013, and shortly after in 2014, the brand seemed to take its final breath. In 2015, however, the brand was reanimated by Tum-Yeto Distribution. In 2016, its original headquarters in Ohio were reinstated, and Alien Workshop Skateboards has been functioning as an independent brand ever since.

In early 2017, Alien Workshop released the Pro Decks by Yaje Popson and Joey Guevara. These were the first Pro Decks since the brand’s relaunch in 2015. Shortly after the boards were released, Mike Hill, the artist and brand boss, gave an in-depth interview in Thrasher Mag in which he spoke about the demise and rebirth of the brand, his art and their collaboration with Supreme. He also clarified that Rob Dyrdek is no longer involved in Alien Workshop operations.