1 total products
You can’t think of carving longboards without thinking Loaded. The Californian brand is probably the best-known company in the longboard business and has definitely earned its position. Loaded is, without question, responsible for the boom in popularity of longboards in the mainstream. In addition to decks and ... [read more]
1 item was found
Apply filter

You can’t think of carving longboards without thinking Loaded. The Californian brand is probably the best-known company in the longboard business and has definitely earned its position. Loaded is, without question, responsible for the boom in popularity of longboards in the mainstream. In addition to decks and completes, in the skatedeluxe Online Skate Shop, you’ll find longboarding accessories from Loaded such as slide gloves, griptape, and shirts! And the very latest: snowboards in the best Loaded quality!

Innovation and Product Development at Loaded

If you follow the history of Loaded Longboards, you know that this company is all about development and perfectionism. Since 1995, designers, tinkers, and (last but certainly not least) skateboarders have been working hard to develop longboards that meet the demands of cruisers and carvers. At Loaded, ideas are developed and tested by a specific in-house team and then reviewed by all employees, then developed even further, and finally presented to the Loaded Ambassadors, who in turn provide additional feedback. The feedback from those involved is really what makes Loaded Longboards.

A competent team for product development is always an asset - who could be more suitable for this job than skaters themselves? The Loaded Ambassadors are product testers, community icons, skateboarding teachers and, of course, friends. It is not about establishing prominent skaters, but rather, as with all of the company's projects, their goal is to make the community great. To this end, Loaded produces high-quality product videos and trick tips to pass on the flow and to continue to develop longboarding.

The Loaded Vanguard: The Beginning of a Revolution

The Loaded Vanguard was officially unveiled in 2002 and is still a milestone in terms of cruising and carving. The mix of bamboo and fibreglass ensures great handling and a ride that every longboarder desires. A wonderfully crisp flex and a hefty camber for carves with maximum energy are simply priceless. Since the combination of the camber and top mount trucks results in a height that isn’t necessarily for everyone, it was just a short step to further development. This was the birth of the Loaded Dervish, which in turn became a legendary longboard and is still one of the best-selling boards ever.

Everything for the community

Loaded longboards are anticipated in different ways by the skaters of the world. The common denominator of all these views and the self-proclaimed goal of Loaded are clear: the growth and further development of the longboard and skateboarding community. The media talent and creative videos from Haus Loaded have definitely had a hand in helping the brand achieve such popularity, which still holds true today. This increases acceptance, creates new sports, promotes new technologies and makes the lives of longboarders everywhere easier, more comfortable, and more affordable. Thanks, Loaded!

From the Streets to the Snow – Loaded Snowboards and other products 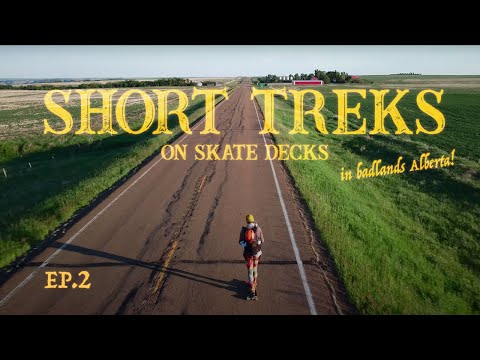 Next to asphalt, Loaded has always had its eye on snow, so over time, the idea of developing a snowboard became reality. Now in addition to longboards, you can also choose your future Loaded Snowboard in the Loaded Brand Shop at skatedeluxe. In order to supply the world not only with high-quality decks, but also with high-quality parts, the product range from Loaded also includes wheels, bushings, griptape, hardware and clothing, which you can easily shop for in the skatedeluxe Online Shop. Orangatang wheels and Nipple bushings are also a part of the Loaded brand and because of their high performance, they're at the top of the list of longboard parts manufacturers.