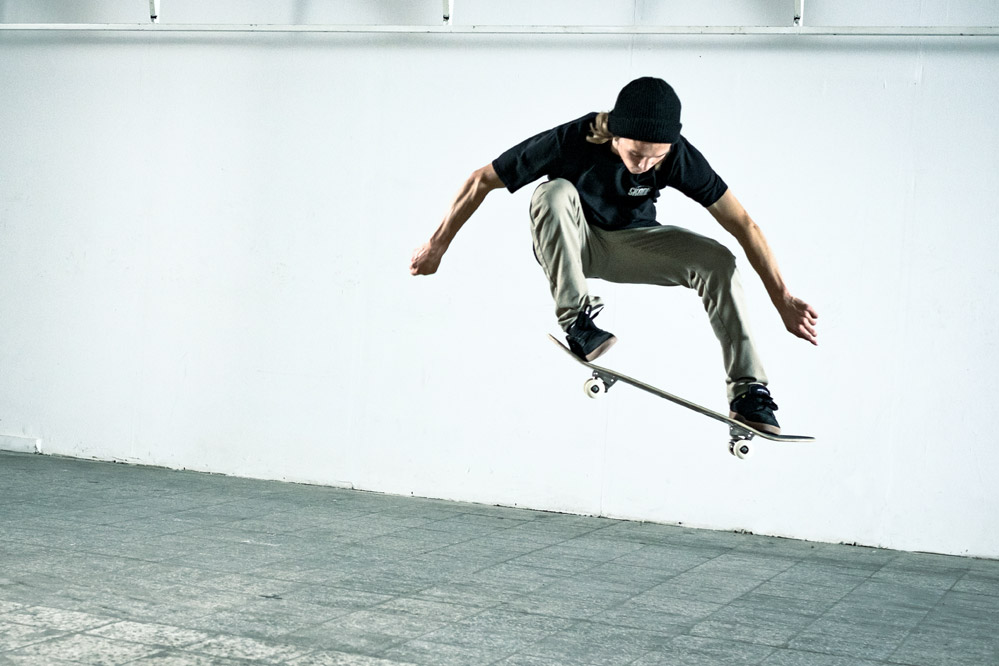 The Ollie is the first trick you should learn when you start skateboarding. Even though the Ollie is nothing more than a simple jump, this trick is essential for everything that follows. You’ll need this basic every time you are on your board and will hopefully never forget it again. So get started and learn the basics:

In 1976 Alan “Ollie” Gelfand, luckily, had the awesome idea to invent a method to do airs in the pool without the need to grab your board. His new movement allowed it to lead the board in the air and keep it under the feets as if it was magic.

Rodney Mullen, probably the most successful Freestyle Skateboarder of all time, was so impressed by Alan Gerfalds invention that he started working on the technique called “Ollie” and brought it into street skateboarding five years later. Here lies the foundation of everything Skateboarding is known for today!

Learn here how to do an Ollie! 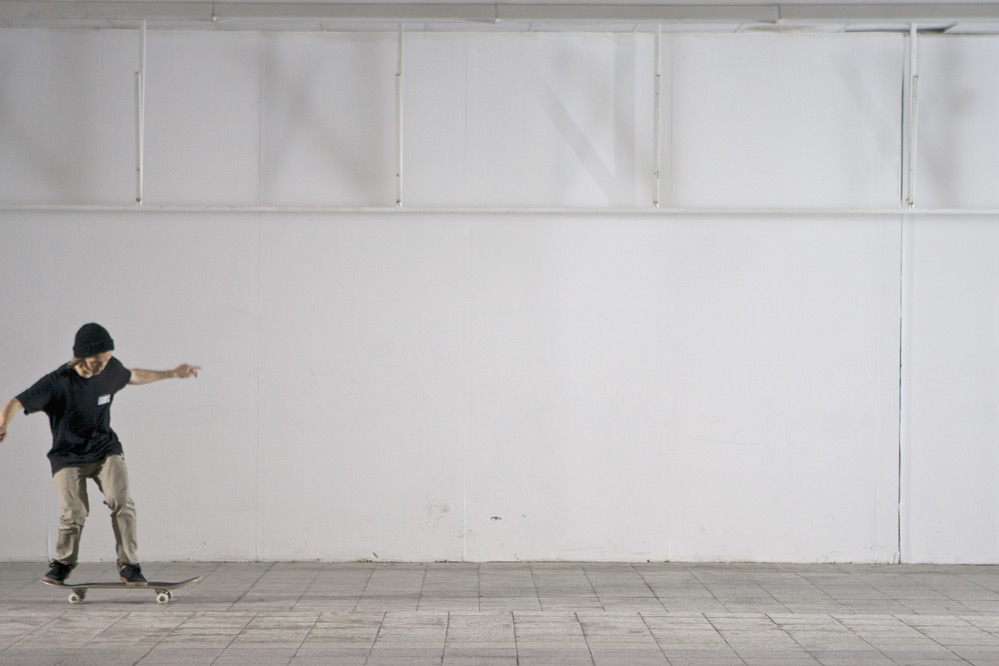 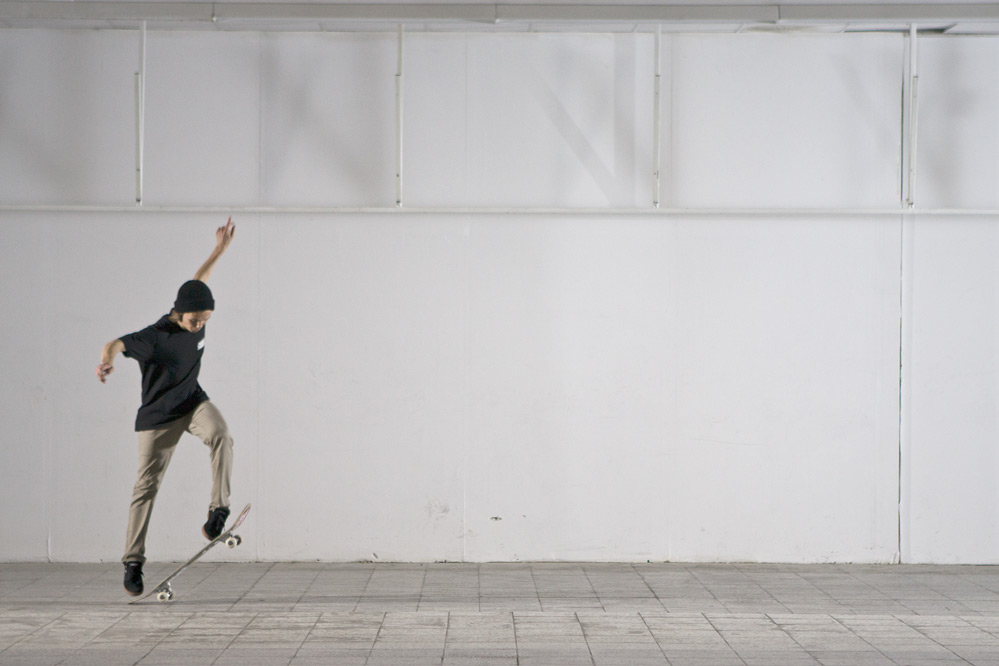 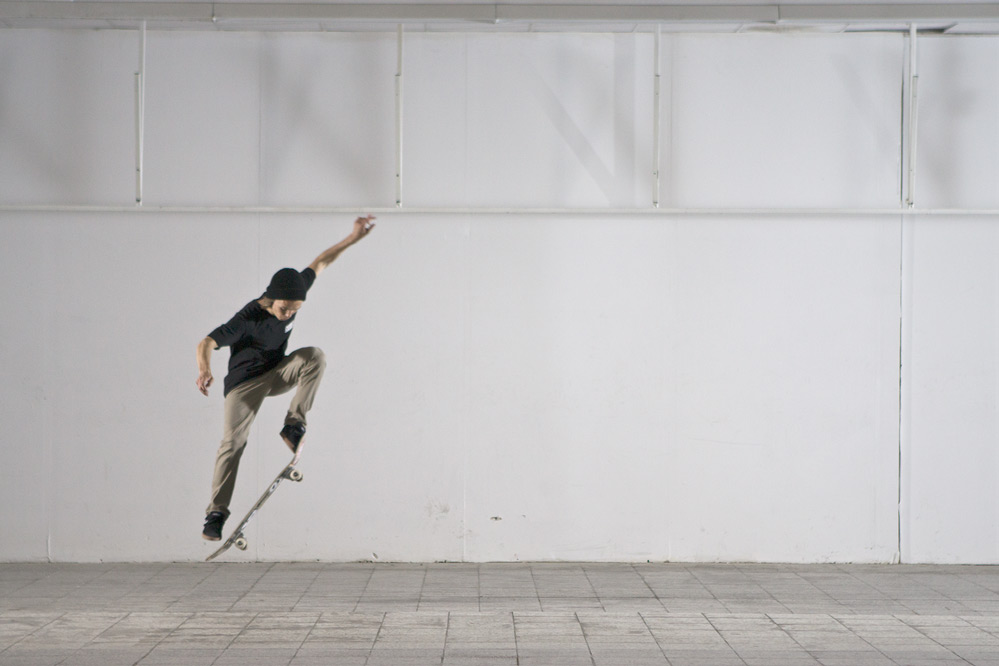 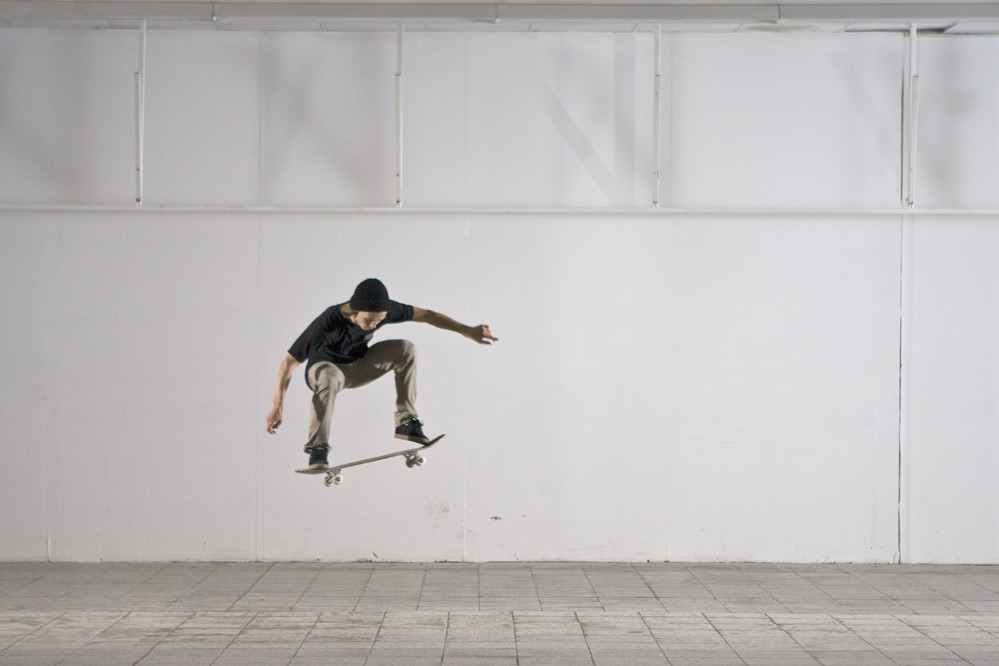 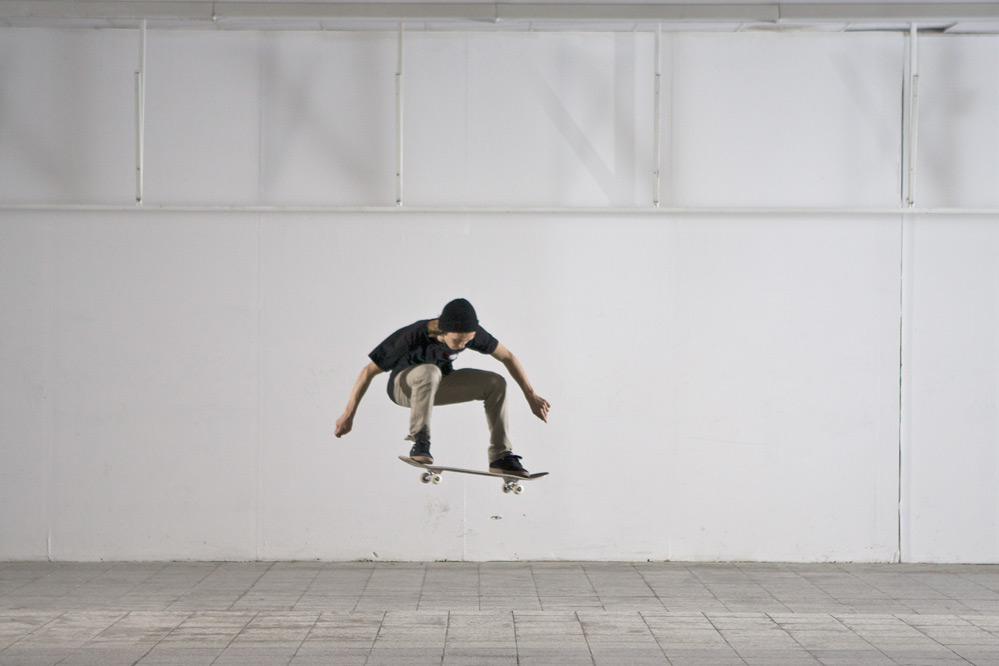 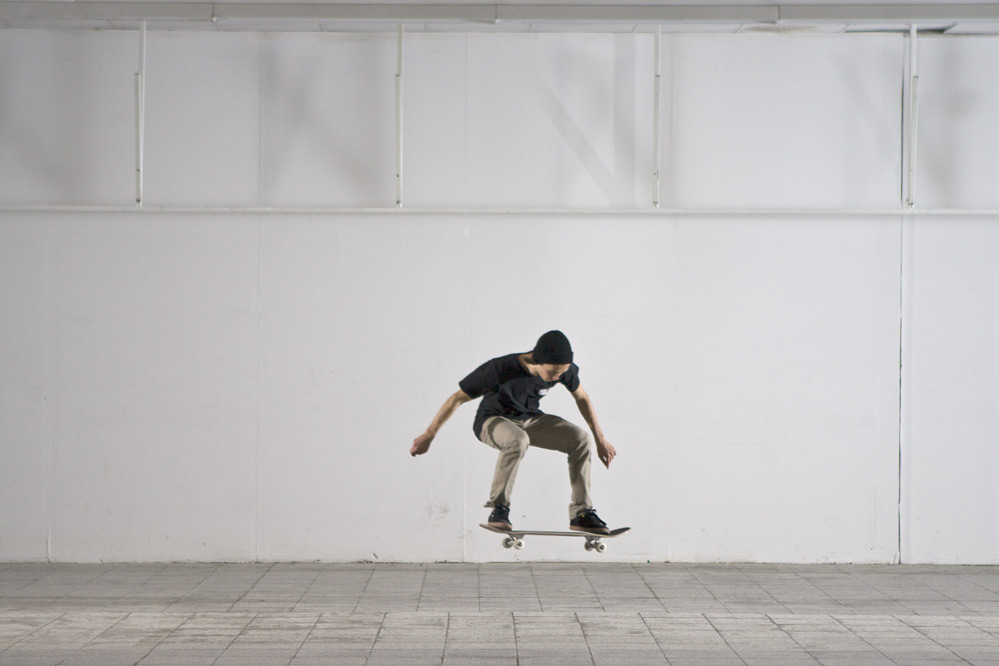 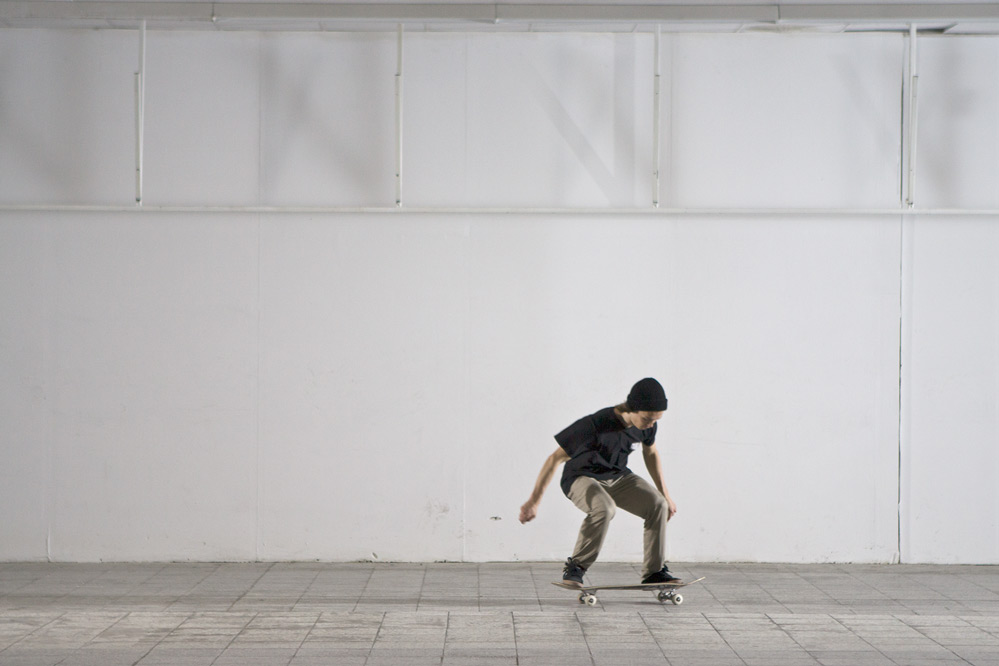 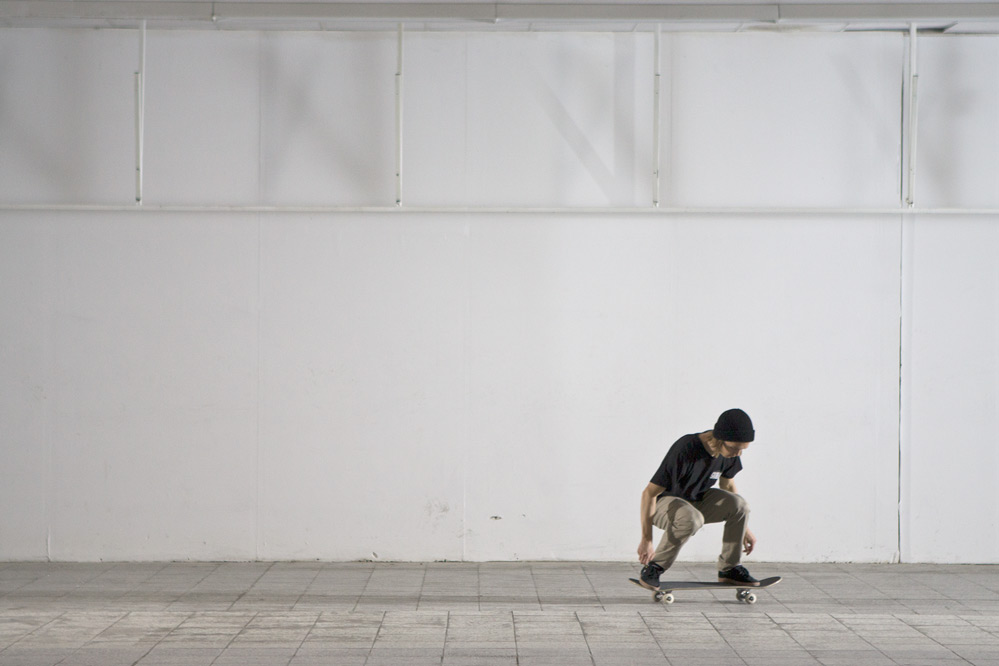 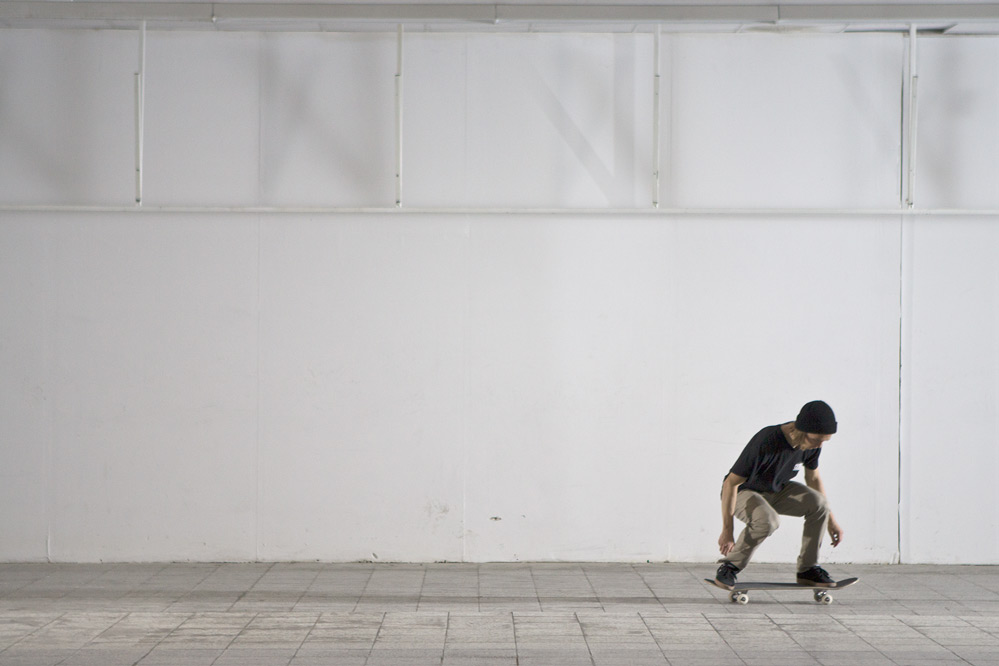 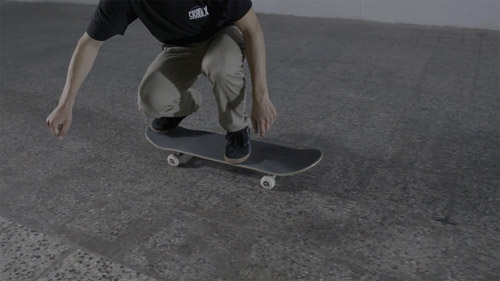 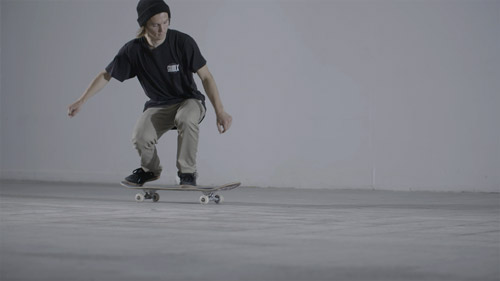 2. To get yourself and the board off the ground, press the back foot quickly down on the tail towards the ground making a pop like motion. 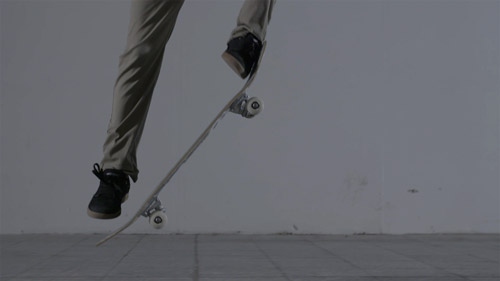 3. As soon as the tail hits the ground, jump upward and slide your front foot from the middle of the board towards the nose simultaneously.

When the tail hits the ground you will hear the iconic skate sound. 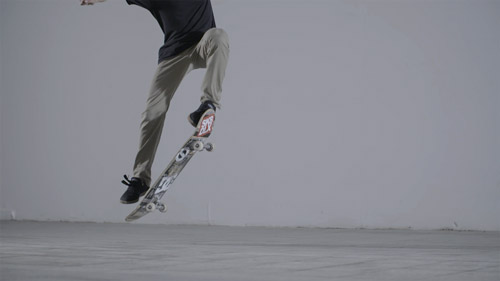 Both the move of popping the tail of the board, jumping and dragging your front foot up the board have to be done in a fluent, well-coordinated, simultaneously motion so you get the proper Ollie motion. 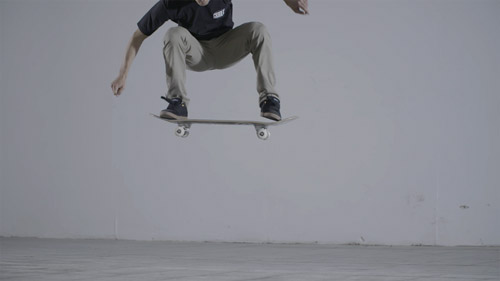 5. If everything has worked you should be in the middle of the jump phase.

Now your board is with both trucks up in the air with yourself over it. At the highest point you should prepare yourself for the landing. 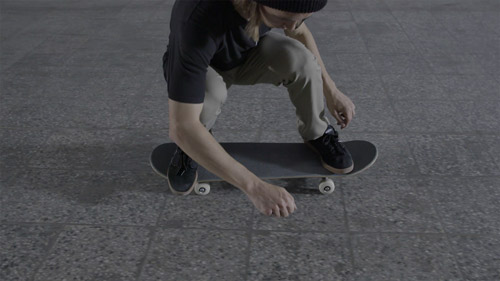 6. Try to land with both feet over the bolts of your trucks and your body over the center of the board to maintain your balance.

This also keeps you from landing too hard and cracking or breaking your board. 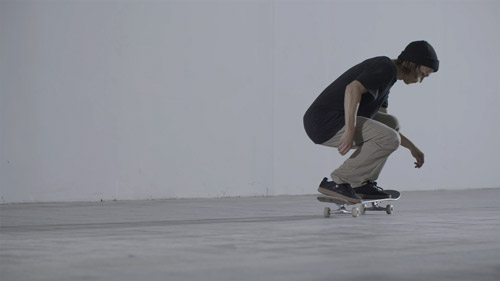 7. Make sure you bend your knees a little bit to cushion the landing and to keep your center of gravity balanced.

Now keep doing it until you have it on lock!

Your Ollies work out fine while standing, but not when riding or you’re not landing properly.

In the beginning, ollieing while riding can be quite scary. Just let it happen and try to get used to the ollie-motion while you’re rolling slowly. Try to avoid a supine position and keep your back rather straight.
If you tend to pull your front foot crooked or if you’re not landing straight, try to concentrate on keeping your shoulders straight. Usually, if your shoulders are aligned correctly your Ollie will come out straight as well.

Your board won’t get off the ground.

One problem might be that you’re jumping off too heavy and you’re forgetting to do the characteristic Ollie-motion. Take a closer look at steps 2-4 of our trick tip and practice the motion with your feet. Your first Ollies don’t have to be a meter high, better safe and steezy than high and sketchy!

A rushed take-off might be the problem here. Steps 2-4 of this trick tip could help you out. In order to make your feet “stick” to the board, you have to do the movement fluidly. But don’t stress yourself out! You should rather start with some preliminary exercises until you feel safe while ollieing. It is also important to pull your foot up to your board’s nose in a straight manner to prevent it from spinning.

Have you your Ollies on lock? Then it is time for some more tricks! What about a Pop Shove-It or a Kickflip? Just check out our othertrick tipps for flat, curb and rail or transition.