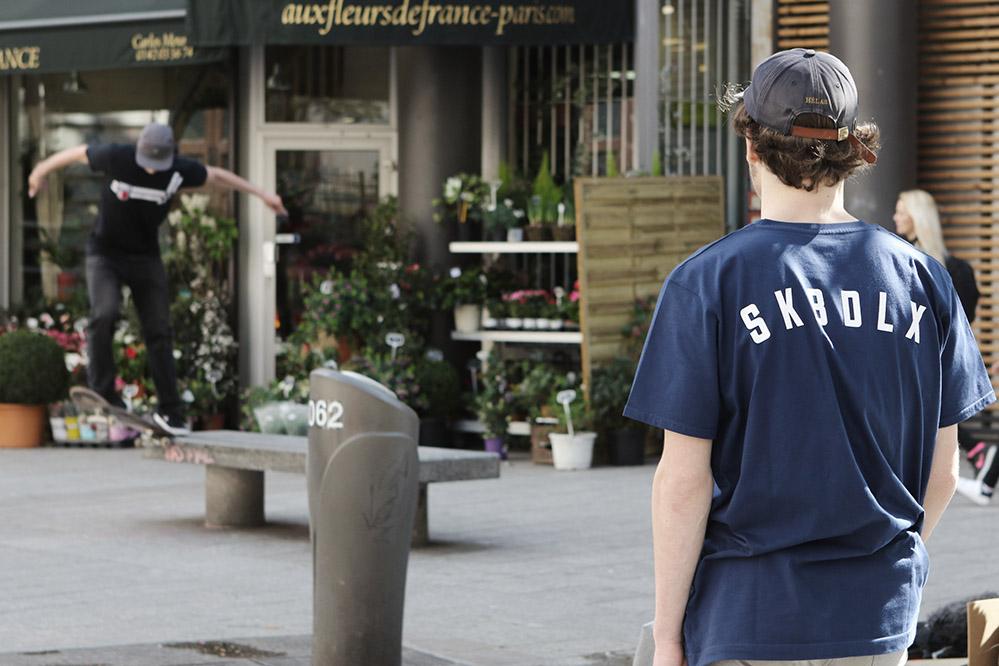 When it comes to skateboarding, there seems to be no other city that is getting more attention at this very moment than Paris. Instead of going to Barcelona or New York City, everyone’s now heading for the city on the Seine. This is why the new place to be isn’t MACBA or the Washington Square Park, but rather the Place de la République. Therefore we decided to pay the French capital a two-day visit, to test the new SK8DLX collection, and to check out the local spots and scene.

There was a lot to see and to read about Paris in the recent past. Some horrible events took place, a revolutionary movement is rising, and skateboarding-wise French skateboarding, and Paris especially, is more on the screens and papers than ever before. As with so many things in life, it’s always good to have a look at all the stuff yourself, to get an idea of what’s going on and to experience something first hand. This is why we decided to visit “Paname” with the skatedeluxe team riders Matt Débauché, Douwe Macare as well as our new ambassadors and Paris locals Amiel Kornicki and Kevin Ozcan. Videographer Olivier Fanchon joined our crew as well. After the release of “Parisii” series on Live Skateboard Media, his name shouldn’t be new one to all you skateboard-geeks out there. 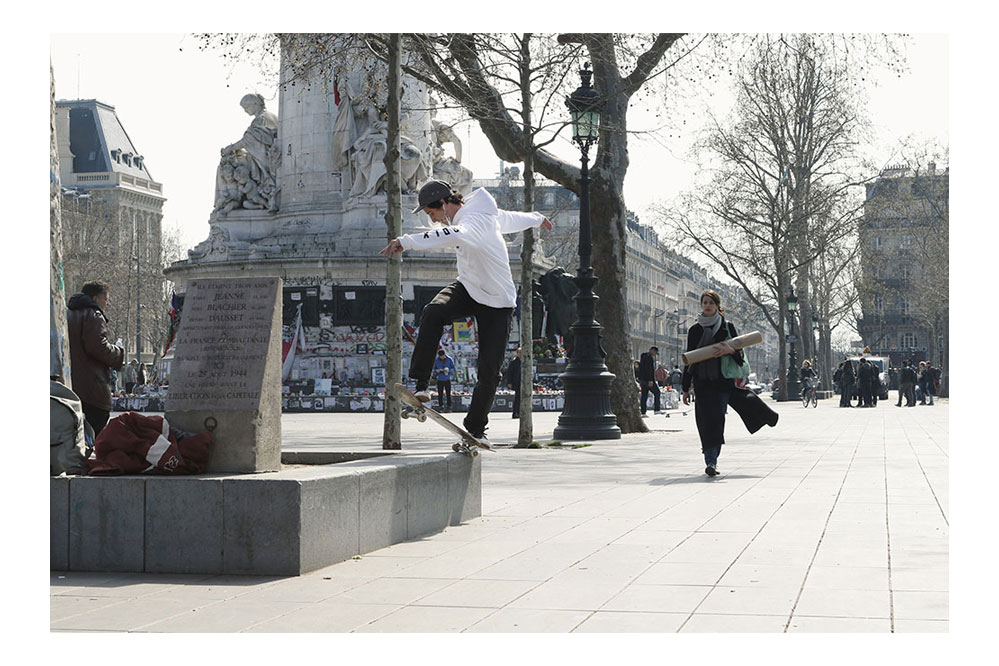 We had our base in the 11th arrondissement. Due to this fact and the fact that the whole skate scene gathers there, the Place de la République was the first spot to check out on our little city tour. Once the warm-up and some first lines with the fresh SK8DLX collection at la République were wrapped up, we decided to push to the benches of Rue Bouchardon. After that we took the metro to get to Gare D’Austerlitz, where we filmed some nice footage and also put the new SK8DLX soccer series decks through their paces. Just before nightfall, Douwe finished his last hard line. To call it a day and to get some well-deserved burgers and beers, we decided to pop in the skater-owned restaurant Chez Justine. 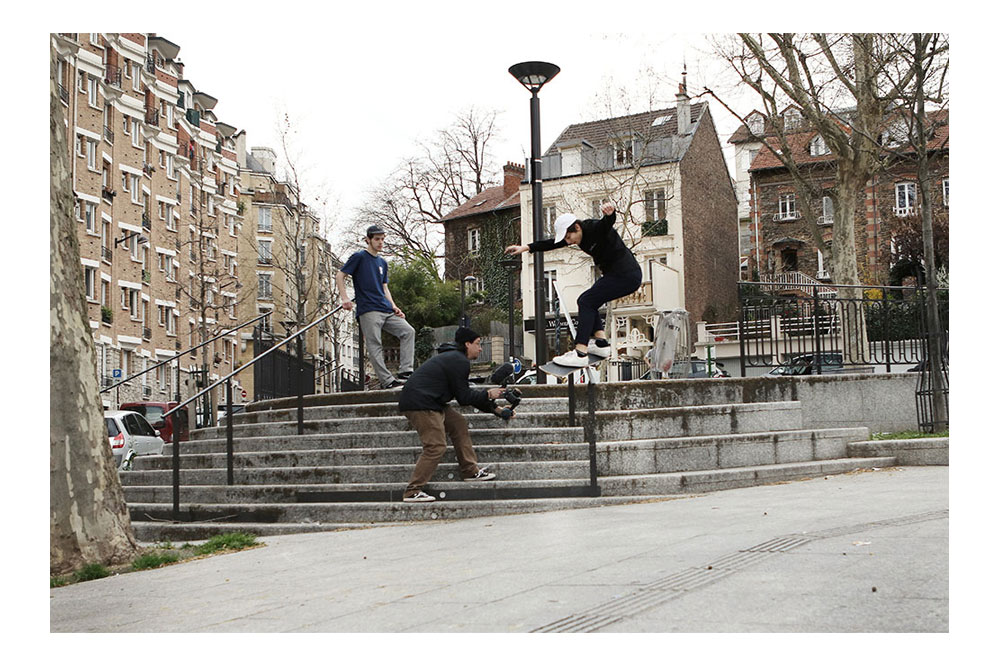 According to tradition, the next day started again at Place de la République, but not without plenty of baguette and coffee for breakfast. Then we headed towards Porte de Pantin, where you’ll find a first-class rail, perfect ledges as well as some pretty nice stairs. After another heavy session, we ended our visit with beers, pizza and PSG against Man City in a small pub and made plans for our next gatherings. 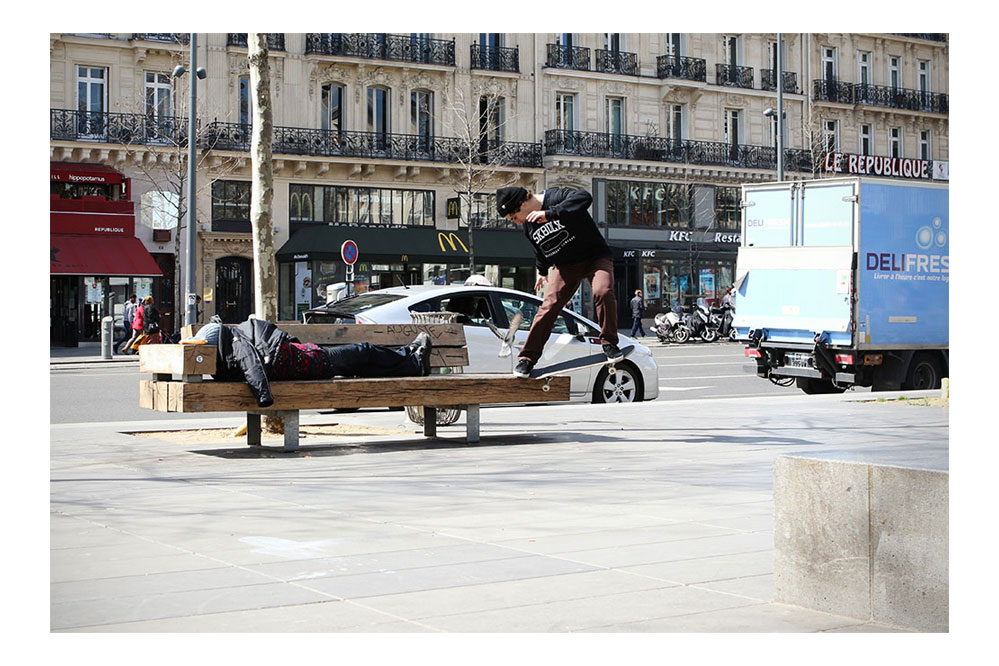 If you like to see more of Paris, make sure to click through the gallery and check out the clips of the Fried Fried West Tour across the Netherlands, Belgium and France. And don’t miss out on having a look on our new SK8DLX Spring ’16 collection.