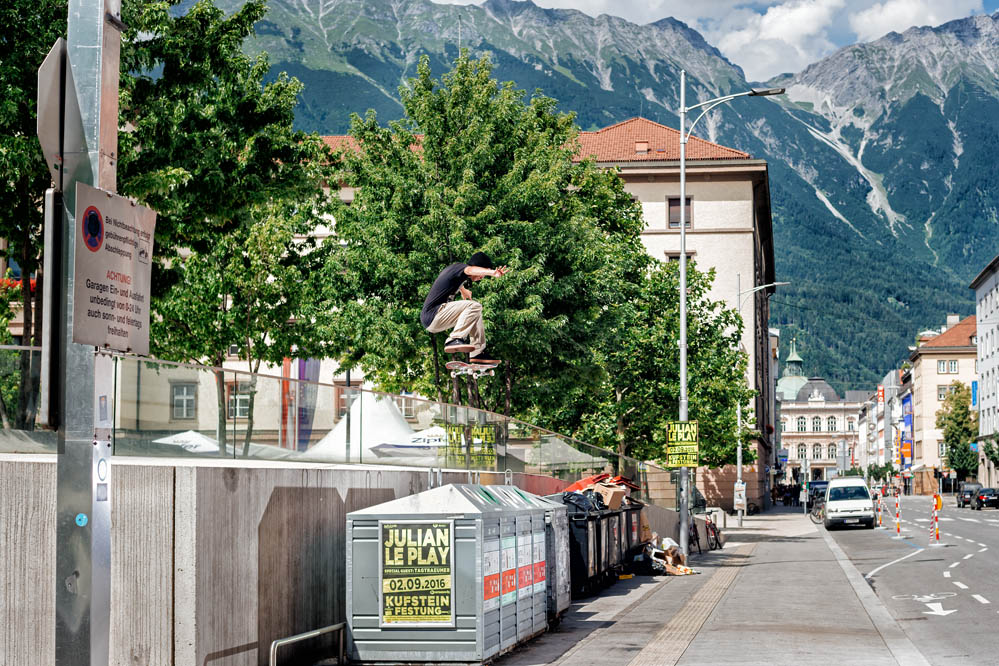 skatedeluxe Into the Valley Trip

Into The Valley | B-Sides

The plan: Unite the whole team on one trip. The destination: The Republic of Austria. But no time for hiking with a group of wood loving enthusiasts. The Alps have only been a nice background for what has been the main goal: the urban spots of the alpine metropolises.

Long story short: Willow, Denny Pham, Ben Dillinger, Christoph Radtke, Douwe Macaré and Matt Débauché have been brought to Innsbruck, where Florian „Burny“ Hopfensperger, Severin Strauss and Peter Mader already waited with their camera equipment ready for action. No time for sight-seeing because the creative streets of the university town are waiting to be explored!

Spot to be: Landhausplatz 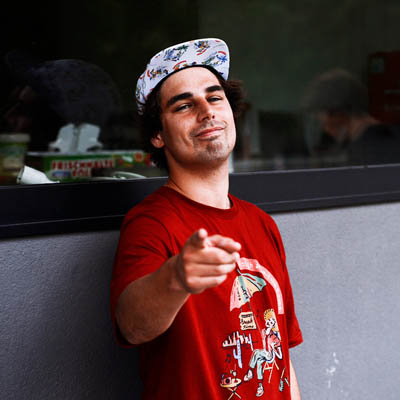 Innsbruck is modern and its architecture seems to be anxious to be skated. No wonder that there are several international teams in town!

The view to the mountains promised nothing but good weather for the valley at the Inn river and the unpredictable kick factor seemed to be on our side too.

With team manager Eric as resident of choice, the town at the river Inn had no chance to keep any worthwhile spots a secret.

The newly redesigned Landhausplatz shows itself as a real Mecca for skateboarding. And despite so many other examples, this plaza is officially open to skateboarders!

Various obstacles are not just inspiring for photographers here, especially on a board you can let your creativity roll free.

But don’t be afraid to take a look outside the town! There is the infamous triple stair set waiting in Schwaz which got fueled with a lot NBD’s by our team riders. 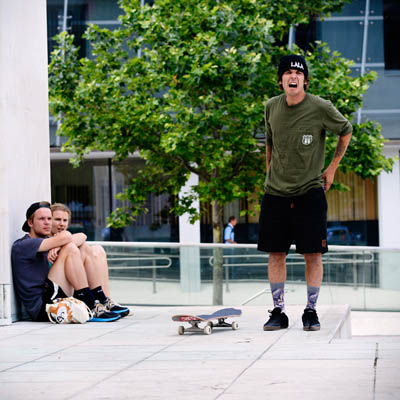 Spot to be: Donauinsel 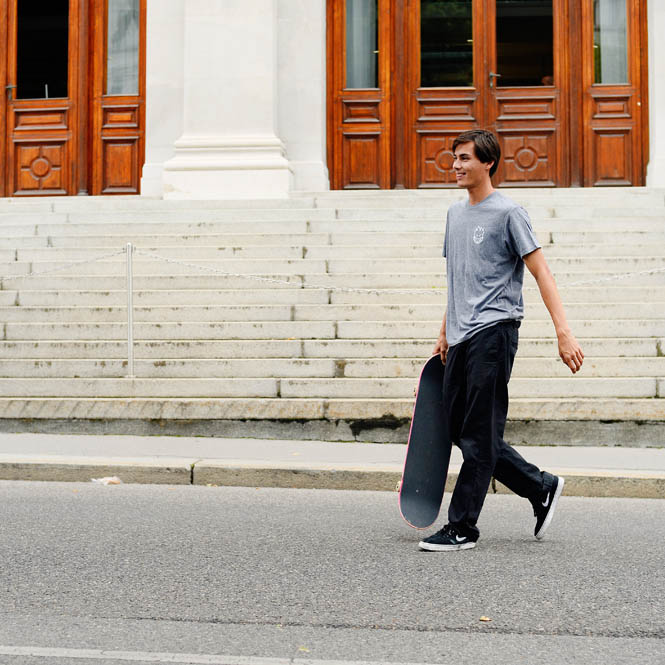 Servus, Innsbruck! Tata, Vienna! Point #2 on the agenda: The capital of Austria.

Besides schnitzel, Falco and high society, the skatedeluxe team had only thoughts for the street.

After a solid opening session at the Donauinsel, the guys headed deeper into town. Best weather, finest spots and a good spirit have been used properly to create some serious footage.

In the old imperial city, rough spots and ostentatious architecture stay close together and can only be improved by artful skateboarding.

Whilst cool spots under several bridges and remote ledges comfort you with calmness, the police will for sure have a look at your session near heavily frequented sights, like the Hofburg stairs. If the moment has come at which the uniformed ones want their spot back Vienna is still full of other possibilities.

Of course, the guys got their mandatory Wiener schnitzel but they needed a dessert. So local shredder Marcel Rieger served us some afters like the Stubentor ledges, the Urania rail and the Kaisermühlen up-ledge. 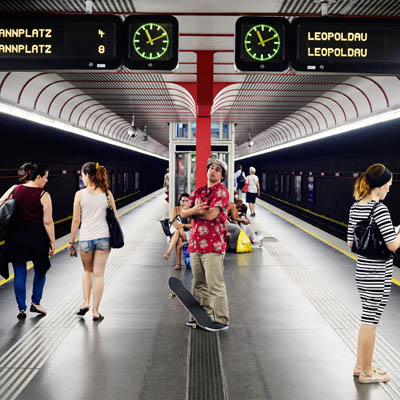 Sometimes the best things are very close! Even though this wisdom is a bit odd it’s true nevertheless. Vienna and Innsbruck are not only a good destination to explore the mountains during summer and winter but also a place to celebrate skateboarding excessively. Like we stated in the beginning – Austria is worth a visit no matter on which board!