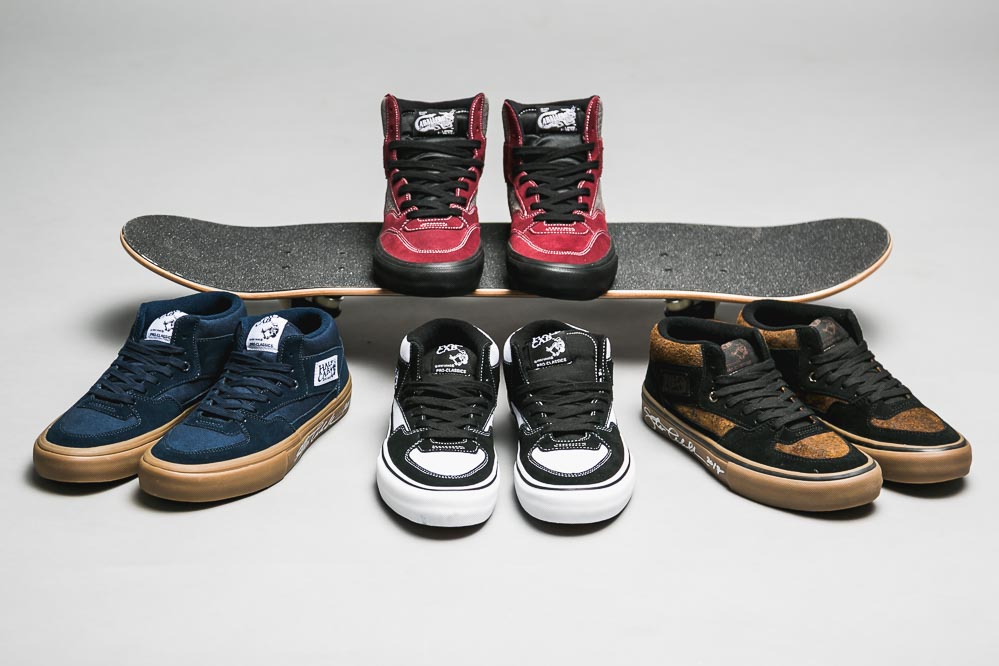 Over 40 years of top notch skateboarding have to make an impact, right? This year, Steve Caballero’s second shoe model cracks the 25 years mark: the Vans Half Cab! An excellent opportunity for us to give away some of the iconic skate shoes.

Cut in half: the origins of the Vans Half Cab

As we mentioned previously: to us, Steve Caballero is one of the Skateboard Legends of all time. He can look back on a quite successful career from his early years on. One year after getting sponsored by Vans in 1988 his first pro model was released, the Vans Caballero High Top (aka Full Cab).

In the beginning of the 90s, when street skating became more popular than vert skating, the inventor of the Caballerial recognized that many people skated his shoe on the streets. But they made a little adjustment: they cut off the padding around the ankle to achieve more agility. “Cab” followed the trend and wondered after a short time: “Why not make a shoe that is fit for skating the streets right out of the box?” – The Vans Half Cab was born.

25 years later, Vans brings back the classic silhouette and equips it with features like the DuraCap and an UltraCush HD insole calling the shoe the Half Cab Pro. Therefore the new Half Cab is fit for modern skateboarding and provides the support you need during every session.

The winners have been chosen. The team we were looking for was the Bones Brigade, Powell Peralta was correct as well, of course. The winners are:

Congratulations! There should be a message by us in your inbox already. Don’t be sad if you didn’t win, the next sweepstake will come very soon.


Attention: The depicted skateboard was not part of the packages or the sweepstake.

Entry deadline was 15th August 2017 23:59 (CET). Winners were chosen randomly and have been announced on this blog as well as contacted via e-mail. All decisions are final. Terms and conditions for sweepstakes and raffles apply.

More classics? Check out our selection of skateboard video classics!
Do you love Vans? The shop is this way!

47 thoughts on “Sweepstake: Celebrating 25 years of Vans Half Cab”