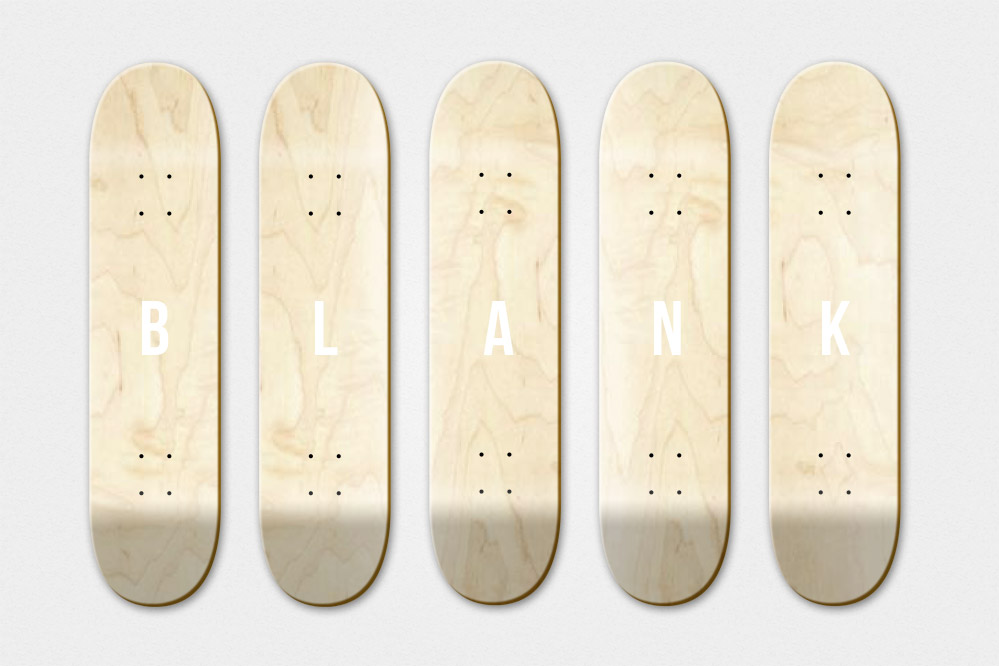 Why we don’t sell blank decks

Maybe you have already asked yourself or us the question or planned on asking it: “Why don’t you guys sell blank decks?” After all, those are made from maple as well and at some point you will need a new deck anyway, right? Well, basically there is some truth to that but when taking a closer look, there is much more to skateboard decks from brands than simply a nice design.

Therefore, Welcome to our guide on:
„Why you won’t get blank skateboard decks in our shop“

Let’s start at the very beginning. Quite a while ago, some brands were led by guys, not at all affiliated with the scene whereas nowadays, many labels are skater operated. Those guys might be pros whose bones are too beat up to withstand an 8 hour day on the board but they won’t give up their love for skateboarding while getting older. Or it’s just a crew of ambitious skateboarders who want to take the production of the goods they take to the streets day by day into their own hands. 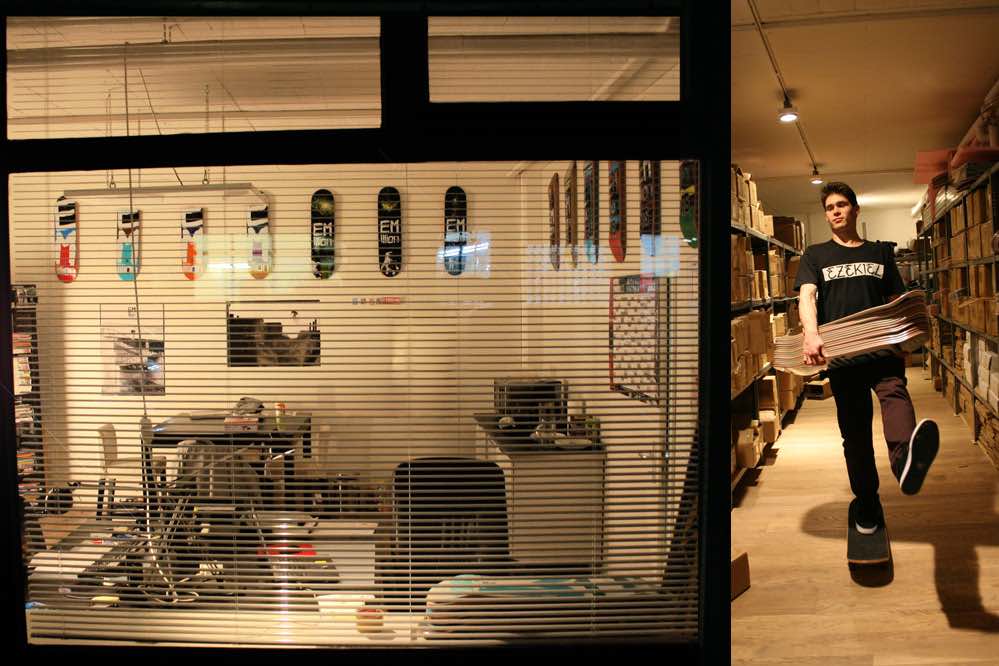 Those brands produce decks. This may sound simple, but there is way more to that than you might think. From the collaboration with wood shops, that equip decks with different shapes and technologies to the cooperation with designers and various artists, you can be sure that there is a lot of work and passion in every deck. So your deck has passed quite a few stations before you can get your hands on it in the skate shop of your choice.

2. Your board, someone else’s daily bread

But the circuit of skateboard culture and industry doesn’t stop with you! Did you know that pros often get a share of the profit from their sold pro models? This means by buying those decks you actively take part in making it possible for pros to maintain a career in skateboarding. 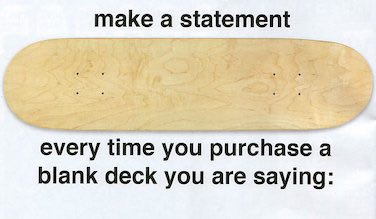 Also, team models by deck brands have a positive influence on our scene, since their disposal allows brands to financially support events like contests or demos. Furthermore, teams get the chance to go on tour and to produce videos that you can consume in order to get hyped for your next session.

Even if you just don’t get along with the idea of supporting big US brands, there are a lot of small companies from Europe that take their business very seriously and are worth checking out. It is those brands that make it possible for newcomers to get a foot in the door (of skateboarding) what on the other hand pushes the scene and makes it more diverse.

Of course, especially when starting skating one has a mentionable consumption of boards and usually not the money to afford a new deck every single month. Many will be familiar with this situation. Nobody accuses you if you go to the skate shop of your trust to get a blank deck in this situation.

Also, for those who like to create their own deck design blank decks are a really nice alternative. Blank decks surely are the most suitable canvas if you want to create your very own and individual deck graphic.

Up for a little mind game? Let’s assume all professional skateboarders would have to work a full-time job next to skateboarding and pay for their trips all by themselves. Filmers and photographers probably would have a lot less to do. The mags you check while taking a dump, no matter if online or analogue, would vanish from the surface pretty soon. Also, your Insta and Facebook feeds would probably be less entertaining…


Now let’s exaggerate a bit and suppose that everybody would start riding blank skateboards exclusively. Being a professional skateboarder and making a living from it would be pretty hard because the paycheck at the end of the month would probably hardly cover the rent. We certainly would have to wave goodbye to numerous events, high-quality footage and most mags that we all love and consume on a daily basis. So this bears the question: Is this really what we want? And to be honest, wouldn’t it be quite annoying to hang out at the park and constantly search for your board among all the blank decks?

Our skateculture/-scene would fall apart like a house of cards when it is deprived its fundament. In this case: Decks! With colours, graphics, logos and character! Our culture and the proclaimed lifestyle that is bound to it is based on some kind of circuit that only functions when everybody plays their part. By skateboarders for skateboarders does work both ways, eventually. Of course, what you make out of it is completely up to you.

By the way, if you’re just into saving money, you can always get a cheap deck for less than 50 bucks or simply take a look at the sale!