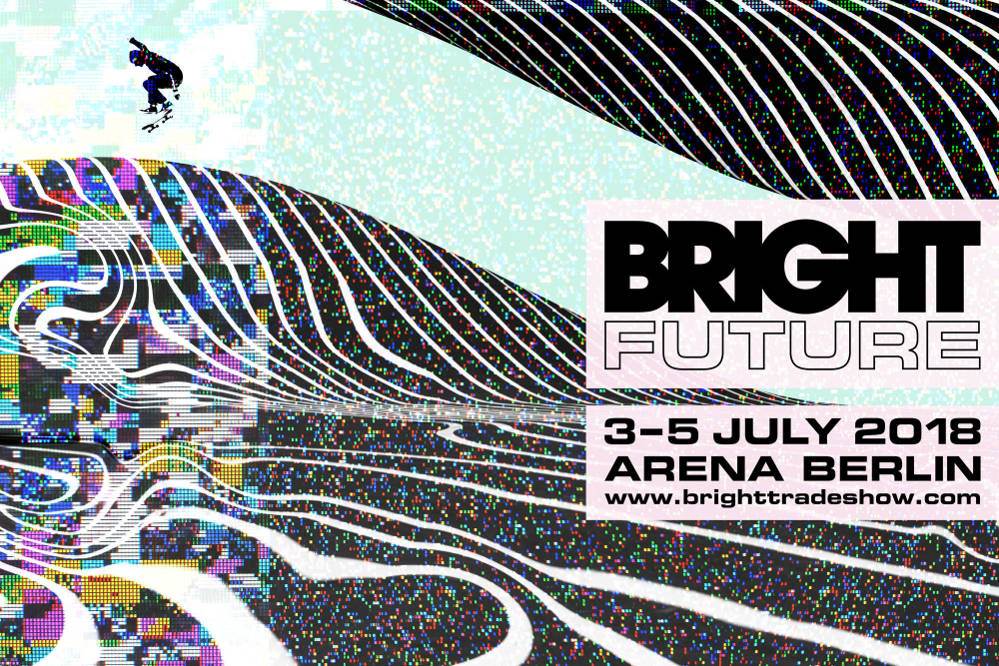 From 03. – 05.07.2018 the BRIGHT Tradeshow took place in Berlin – A new team and a new approach promised to bring skateboarding back into focus. We were there for you, so you don´t miss any highlight of the fair.

This year’s BRIGHT Tradeshow took place again during the Berlin Fashion Week and was opened with the DC Shoes event “The Taking” including the skatedeluxe Cash for Tricks & Best Trick Session. The backyard of Wilde Renate was converted into a skate park for those sessions.

Already during the Open Skate Session it became clear that the level of Skateboarding will be high this evening. Wheter at the Hip, Rail or the Gap the tricks came in tight and were celebrated by the riders and the numerous spectators alike. “Cash rules everything around me” was the motto of the skatedeluxe “Cash For Tricks” session, which was moderated by none other than Wes Kremer.

During the session, the focus moved mainly moved to the Gap and the level moved up once again. Shortly before the end of the session skatedeluxe team rider Denny Pham landed a switch big heel over the gap and won the Best Trick Contest. After the Session it was time to the celebrate to Beats of DJ Maxxx, Joana Jordan and Monica Mayhem.

On Wednesday we headed to the Arena Berlin, in bright sunshine, to connect with numerous exhibitors. Small European brands such as Poetic Collective or the German Obtain Skate Company made the BRIGHT Tradeshow more interesting and exhibitions such as the CPH Open Goes To Berlin made us look forward to the event in August.

The fact that skateboarding and creative art simply belongs together was proven by Pocket Magazine, Laura Kaczmarek or Irregular Magazine with their exhibitions.

The adidas Skateboarding 3MC Skatepark, which was situated inddors at the BRIGHT exhibition, was open for everyone during all three days of the fair. The new adidas 3MC was celebrated there; a modern classic for everyones taste.

Numerous skaters showed off their talent on various obstacles at the Open Skate Session. After everyone was warmed up in the afternoon, the adidas skateboarding and skatedeluxe Cash For Tricks Session kicked off.

The skatedeluxe team was represented with Douwe Macare, Sascha Scharf and Tim Janke. MVP of the session was Jean Wefeld, who delivered banger after banger and earned the trophy legitimately.