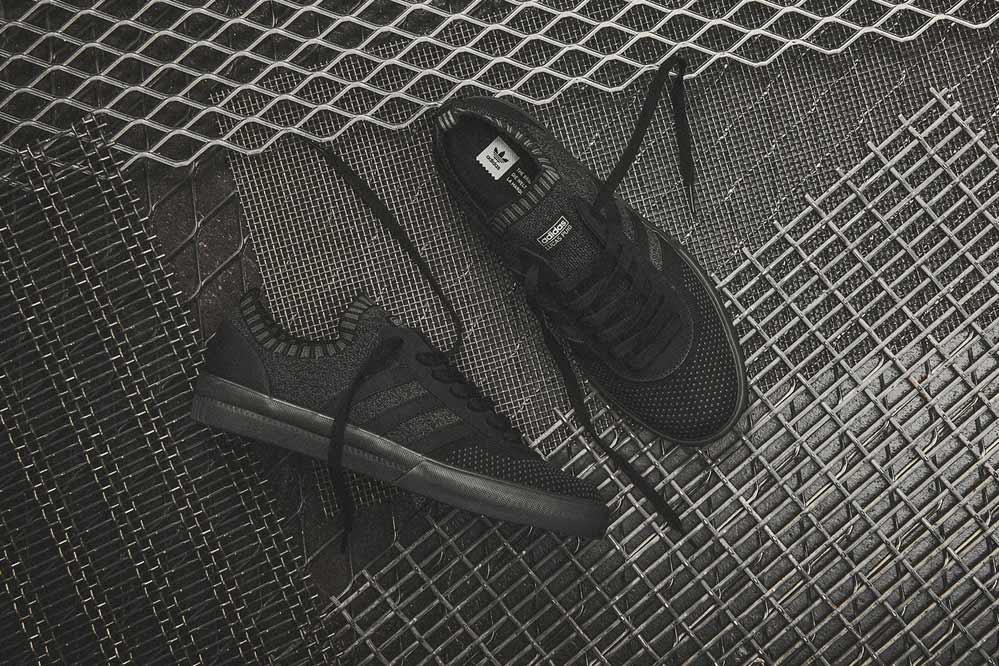 adidas Skateboarding finally debuts the first Primeknit signature shoe! Get ready to step up your sneaker game with the adidas Lucas Premiere ADV Primeknit in the all black colourway – now at skatedeluxe!

For someone, who’s travelled the sneaker scene, it should be no secret that adidas’ Primeknit technology is a huge deal among sneakerheads. Originally designed for 2012’s Olympic Games, these knitted uppers pop up quite regularly in magazines and fashion blogs. Therefore, it was only a matter of time until the brand with the three stripes introduced Primeknit to skateboarding, which happened with last year’s Palace collabo. And now, Lucas Puig’s signature shoe, the Premiere ADV, gets a well-deserved airy update!

As you can probably tell by now, the secret of the adidas Skateboarding Lucas Premiere ADV Primeknit lies in the upper. Unlike other shoes, which are usually made from many separate pieces, with the Primeknit technology an entire upper is knitted in just one piece. This allows a fine-tuning of the exact amount of flexibility and support needed in every part of the shoe. Because although the Premiere Primeknit is certainly not a skate shoe – just imagine all the blowouts after a few Ollies – you do not have to miss out on stability.

Besides that, all the advantages of the OG Lucas Premiere will be obtained. There’s your trusty and highly flexible outer sole as well as the removable insoles that provide you with the best feeling while walking. In short, the Lucas Premiere ADV Primeknit is by far the best adidas Skateboarding sneaker of 2017 (so far) and you should not miss out on that one!