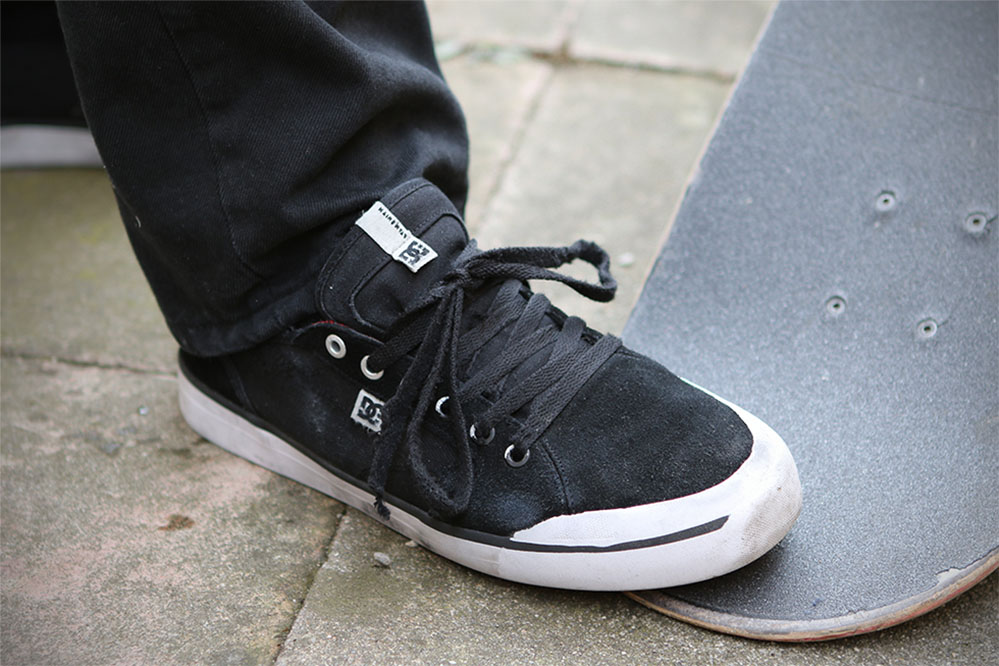 The DC Evan Smith S is one of this year’s highlights. I took a closer look and tested the shoes on the streets!

2016 – The year of Evan Smith. After receiving his first pro model on DC, the Thrasher Magazine released his ‘Time Trap’ part. In this output the Florida native celebrates creative skateboarding on highest levels. His pro model received some real attention as well. Just in time for the revival of gum toe-caps, DC contributes to one of the most trending constructions in today’s skate shoe segment. But the shoe has more features to offer, like the Impact I technology. 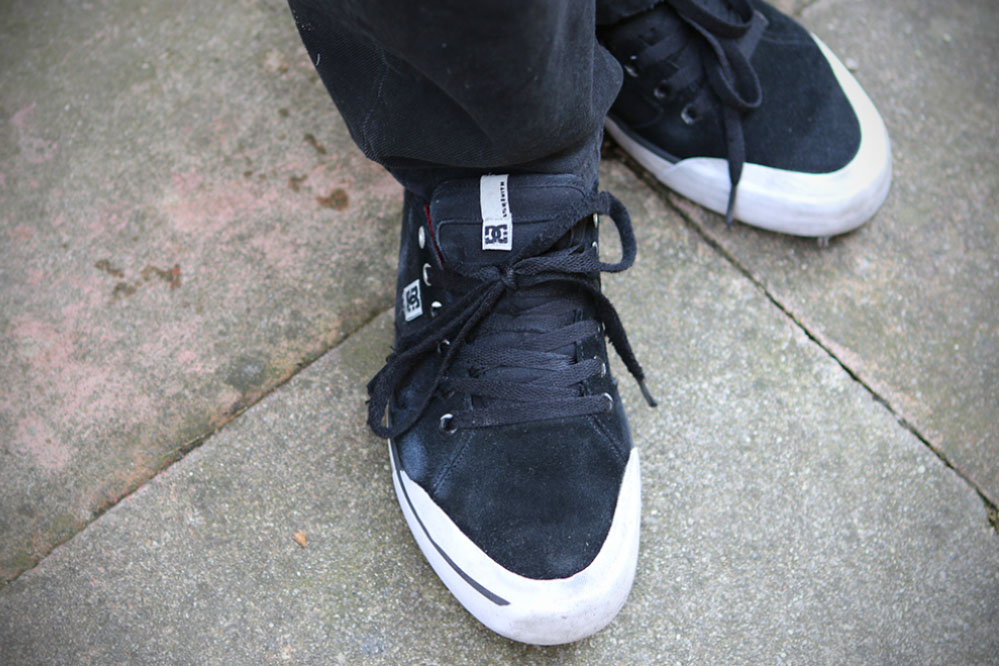 The Evan Smith’s main characteristic can be described as a flat cut shoe with a vulc sole. Still, this shoe outshines most others. This is due to two main features: The gum toe cap and the sole. Different to comparable models of other fabricants the gum cap flows over the outsole towards the toe area. The gum layer protects areas of the outsole that are needed for flip tricks. The damping got improved by conic inlets. This construction was named ‘Impact I’ and it dominates the look of the shoe.

Indeed, the test showed, that the damping quality especially in the heel area, is outstanding compared to other vulc-models. In the front parts, the footprint is a little lower which allows perfect board feeling. DC at the same time manages an artifice and outdoes the disadvantages of a normal vulc sole, which is bad damping, without renouncing feeling and grip. In addition to that, the shoe feels very comfortable. Even though the heel area is sparely cushioned the stability and comfort hasve to be rated as very good. The canvas made side panels allow air-circulation and add up to a perfect form stability. 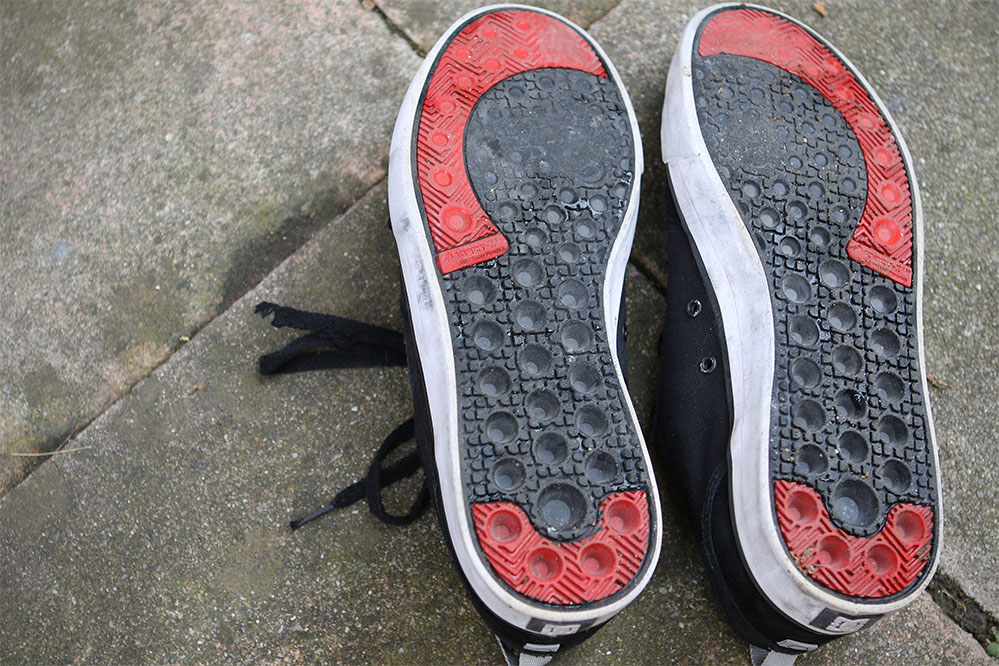 “…Thanks to the rugged suede, there have not been any bruises or abrasions during my test, even after 15 sessions.”

Talking durability, the gum toe cap comes to action. Through additional layers in the flip-dragging area, the lifespan got improved crucially. My personal flick at ollies missed the cap a little bit, though. Thanks to the rugged suede, there have not been any bruises or abrasions during my test, even after 15 sessions. The only areas which provided target for abrasion was the lowest lace eyelet and the bridge between gum-cap and upper. The sole especially outwears at the toe-area. I want to underline the form-stability. Of course the shoe becomes softer, still it keeps it’s stability and form pretty well.

With the Evan Smith’s first pro model, DC presents a remarkable shoe. Conceptualized as a vulc shoe, this model offers great board-feel with no settling-in period. The biggest advantage might be the damping in the heel area. With the “Impact I” technology DC brought you a sole construction that perfectly absorbs impact without making the shoe loose it’s flexibility like you would expect it from a regular vulc shoe.


Get your DC Evan Smith at skatedeluxe

More information and clips for the Evan Smith shoe!