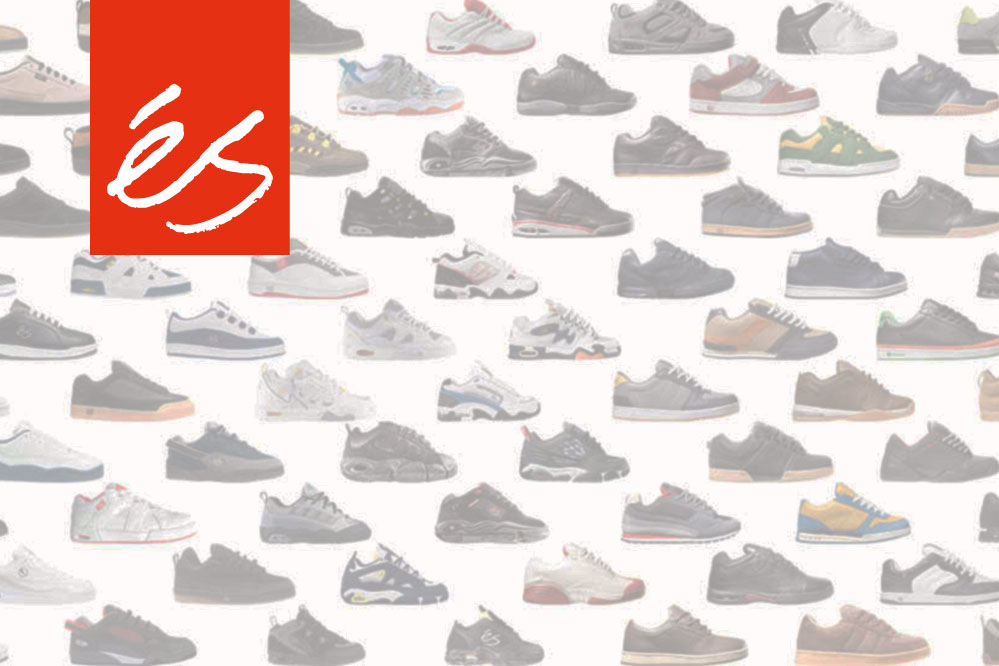 It’s been quiet around éS! While in the past a whole scene traded the brand as the most valuable player in the game, there was a sudden, and somehow unexpected cut to silence for the company from California. 2016 is going to change that. It’s the year of the legend’s comeback. You want to know what to expect? We have some answers!

putting the éS back into ‘skateboarding’

One thing was sure from the moment éS saw the light of day: These boys are not here to joke around! Or are they? In the history of skateboarding, only a few brands were able to surround themselves with a comparable and heartfelt hype from the very beginning. And this is due to the embodied attitude of the skate shoe company. In a good 15 years of active history, there have been made groundbreaking and seminal achievements by a team of icons that read like a who-is-who of the best skateboarders on planet earth. Then, suddenly they were gone. There are rumors of bankruptcy. The stories and theories on the downfall of the giant spread like a wildfire. Only a few knew what really happened!

One thing is for sure. éS are going to have their comeback in 2016. But let’s save that for later. Let’s take a closer look at the development of the iconic skate shoe brand!

1995 marks the year of birth for éS. The story of the company reads like a good novel. After a dream start there come the highs, the lows, the innovations, the changes, the fight against the big players, painful decisions, and the spirited fight back to a circus called skateboarding. But let’s start slowly. 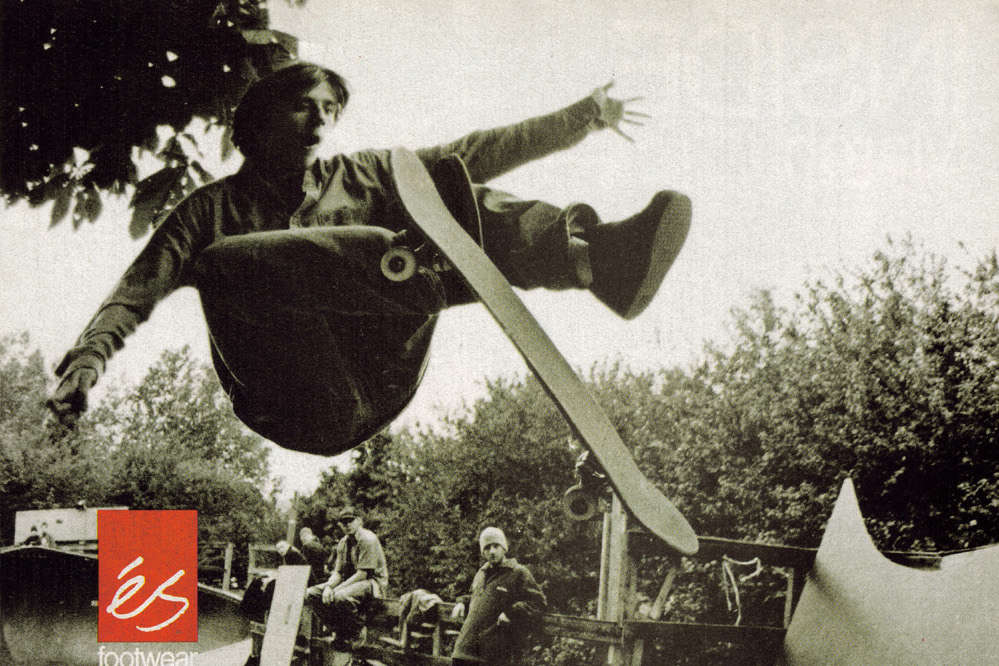 1995
You might think éS searched for a soft entry to get within touching distance with the skateboarding industry! You are wrong. Mastermind Dan Brown went full force from the beginning on, bringing a lot of know-how from etnies, where he used to operate.
From the beginning on, an uprising Eric Koston and already myth-enshrouded Tom Penny are part of the éS team. But this is nothing to rest on: With the éS Accel, the Sal 23, and the SLB éS crashes the market with three pioneering models which will be found on seemingly every foot of the skateboard community by that time. éS managed A perfect start! 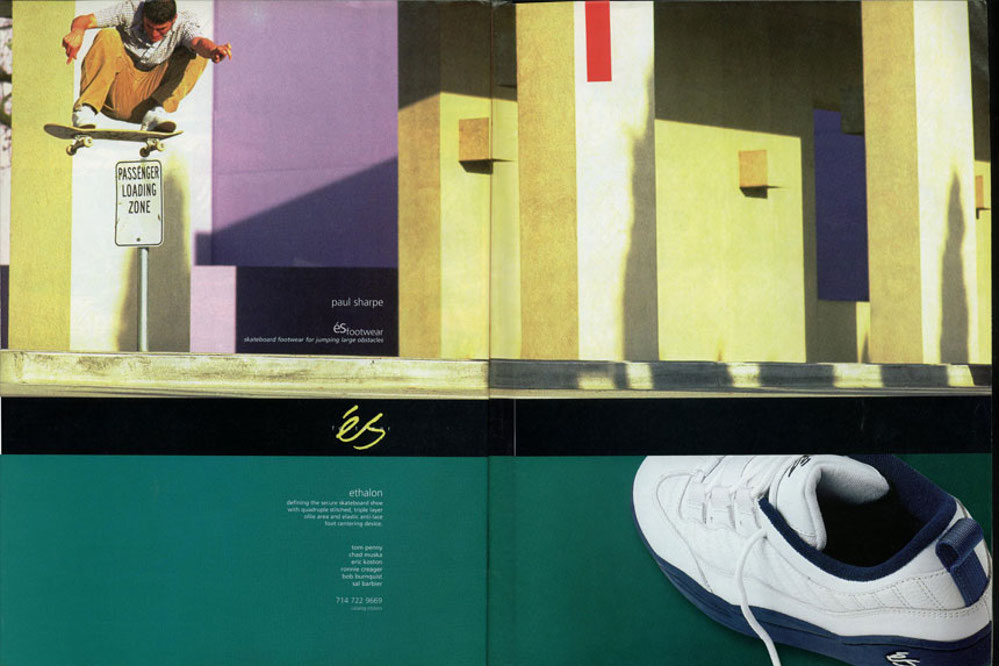 1996
Gathering steam, the éS OG-team shapes around Penny, Koston, Barbier, Burnquist, Creager, Muska, and Sharpe. In retrospective, you could not have composed a more balanced and fiiting team. Here, living legends create an image for a brand that knows to appreciate it.
In the same year, Koston’s ‘Mouse Parts’ drops and smoothens the way for éS success story. 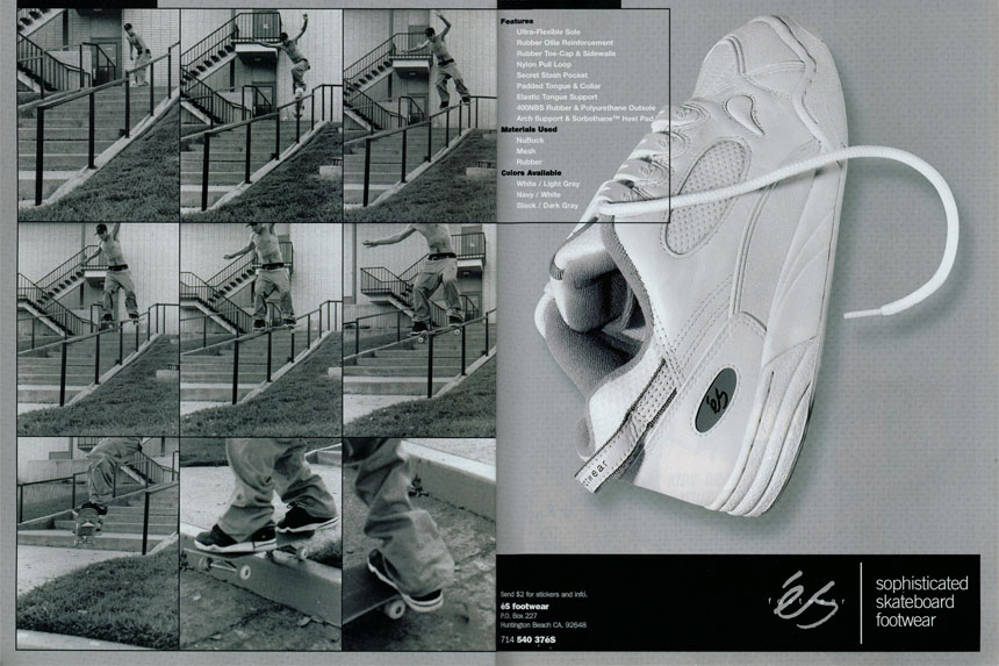 1997
While a sixteen year old Chad Muska is the centre of attention, for living on his own and seemingly breathing skateboarding, Bob Burnquist is awarded Thrasher’s ‘Skater of the year’. And just as groundbreaking as the landing of NASA’s robot ‘Pathfinder’ on the surface of Mars, the Koston I gets released as Eric Koston’s first pro shoe. 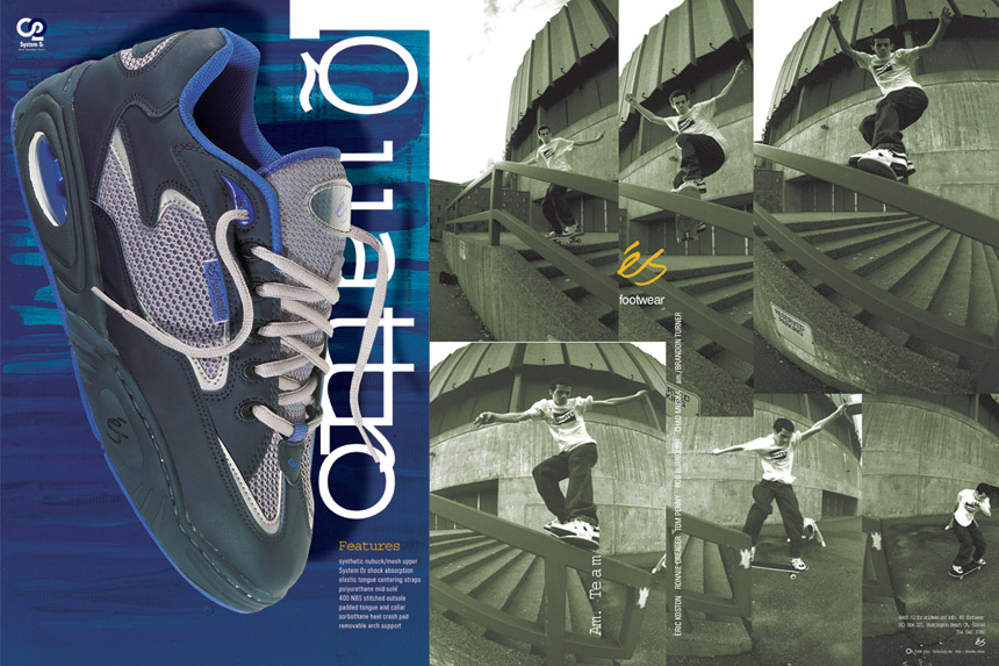 1998
Kerry Getz, Rick McCrank, and Brandon Turner join the éS squad. Turner’s teammate at Shorty’s, Chad Muska gets awarded with ‘Part of the Year’ by Transworld. Ronnie Creager gets his first pro-model and the Koston 2 conquers the market as the first skate shoe with the infamous EVA sole technology! 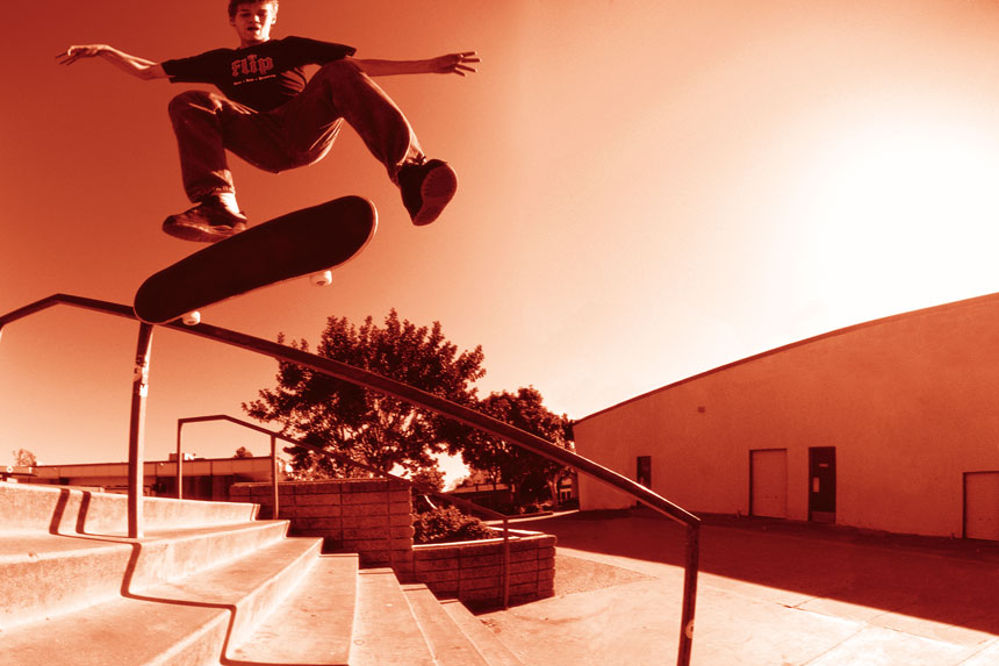 1999
While the human population of the world surpasses six billion, éS welcome an 18 years old Finn to the team, Arto Saari. Tony Evjenth becomes the first éS teammanager. The legendary ‘enjoy’ printads reinforce the likable image of the brand and the adverts for the first full-length ‘Menikmati’ are pure fun. éS rushes full speed ahead and the world is watching with excitement. 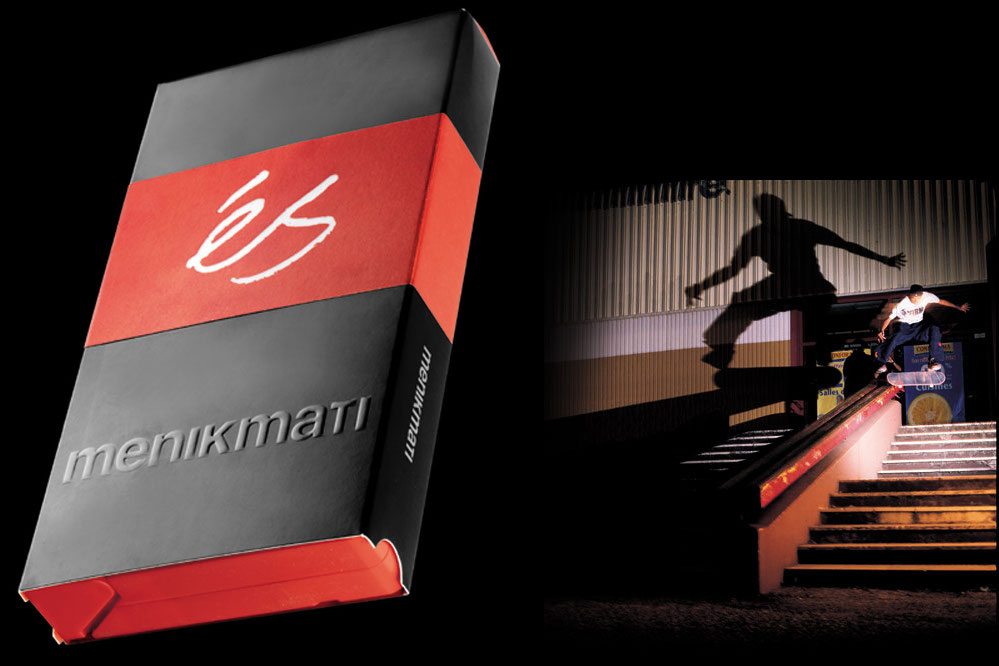 2000
The Millenium is overshadowed by ‘Manikmati’. With crazy parts and the introduction of the new inductee Rodrigo TX, éS ushers in a new era. Skatevideos are no longer a privilege of the board companies. Shoe manufacturers are able to produce full-fledged and legendary videos! éS lived the example and many more are about to follow. With Eric Koston winning every contest he attends he gets rewarded by his newest signature model, the K3. 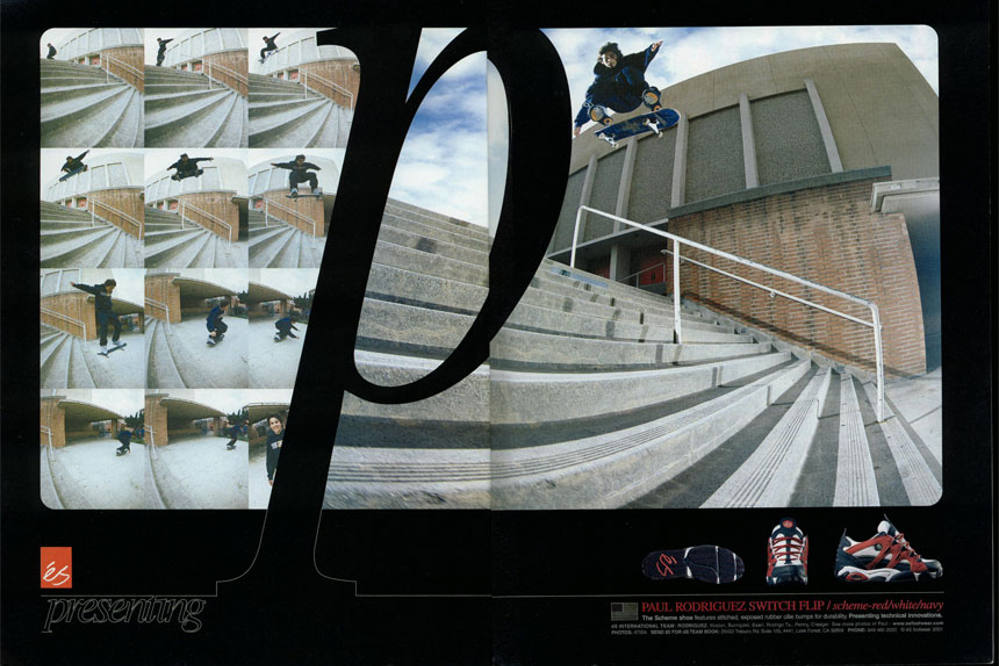 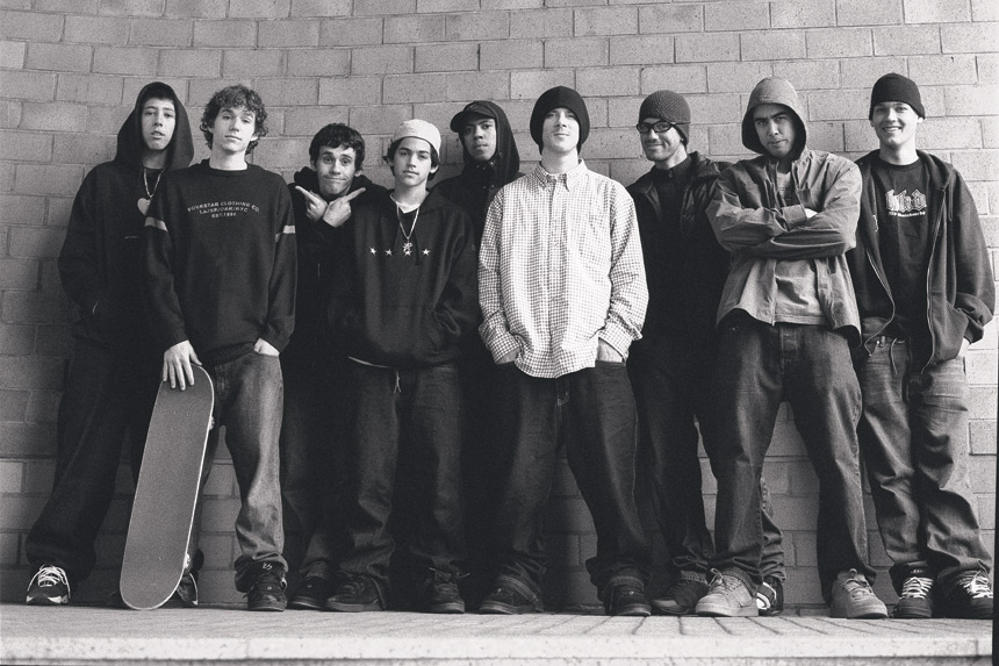 2002
With two new young guns in the team, Mikey Taylor and P.J. Ladd, éS continues to keep the worldwide scene in suspense. With his part in ‘P.J. Ladd‘s Wonderful, Horrible, Life’ the young skate-rat from Boston demonstrates curb and ledge skating that will change the game forever. During their tour in Germany, the ever growing and increasing team impresses the masses. 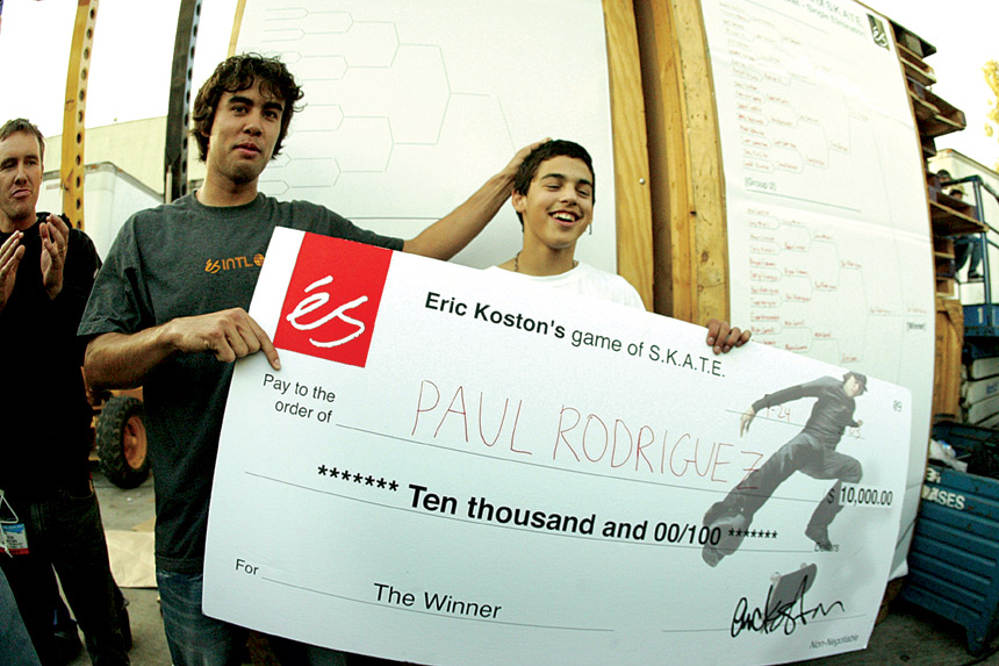 2003
Justin Eldridge and Cale Nuske get introduced to the world during a successful tour through Scandinavia. Koston, McCrank, Rodriguez, Ladd, and Sablone are part of the first ever ‘King of The Road’, hosted by the Thrasher Magazine. The legendary éS Game of SKATE premiers at the ‘Action sport Retailer Trade Show’ in Long Beach (CA), where a young Paul Rodriguez leaves the battlefields with a 10.000$ of prize money beating teammate Eric Koston.
This eventful year gets highlighted by the first pro models of Tom Penny and Rodrigo TX and with the K5, éS seems to have reached the summit of their success. Their riders are featured in nearly all big video productions (Rodriguez’s ,In Bloom Part‘!) and get a secret training facility to pay back for all their efforts! 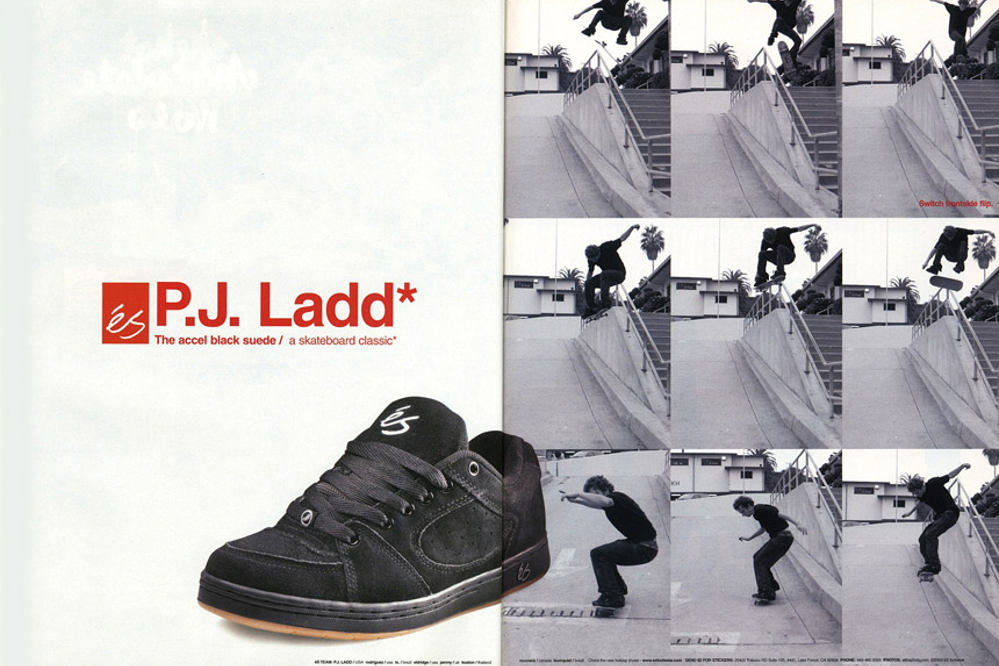 2004
Javier Sarmiento is the newest addittion to the team. The éS Game of SKATE becomes a national amateur series, P.J. Ladd winning the 10 grand prize this time. Rodrigo TX is fetaured in two (!) parts for boardsponsor the Firm’s video. Justin Eldridge gets his own condo after his sick part in ‘Hot Chocolate’ and Eric Koston opens his private and top-secret training facility in LA. Maybe something like the underlying idea for ‘the Berrics’. 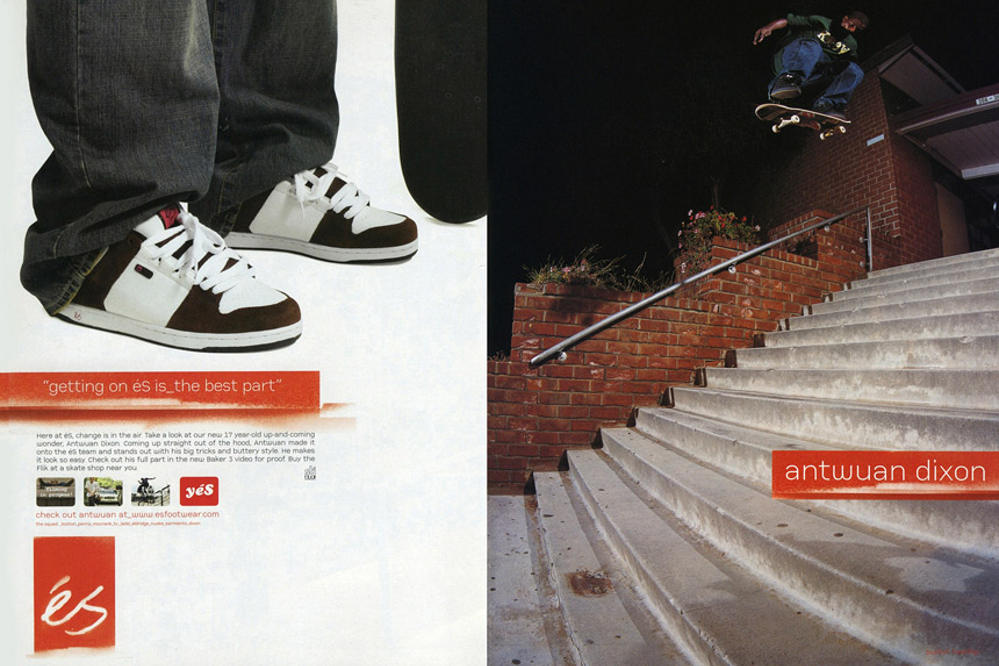 2005
The 10th anniversary of the company is celebrated by adding 17 year-old Baker boy Antwuan Dixon to the team. Ten year old Nyjah Houston winning every amateur contest in his new éS shoes. The company embarks on trips all over the globe and the ever growing éS Game of SKATE continues to the next round. In it’s first decade of being, éS does not only push skateboarding with the best team around, they also continue innovations building the finest skate shoes available. 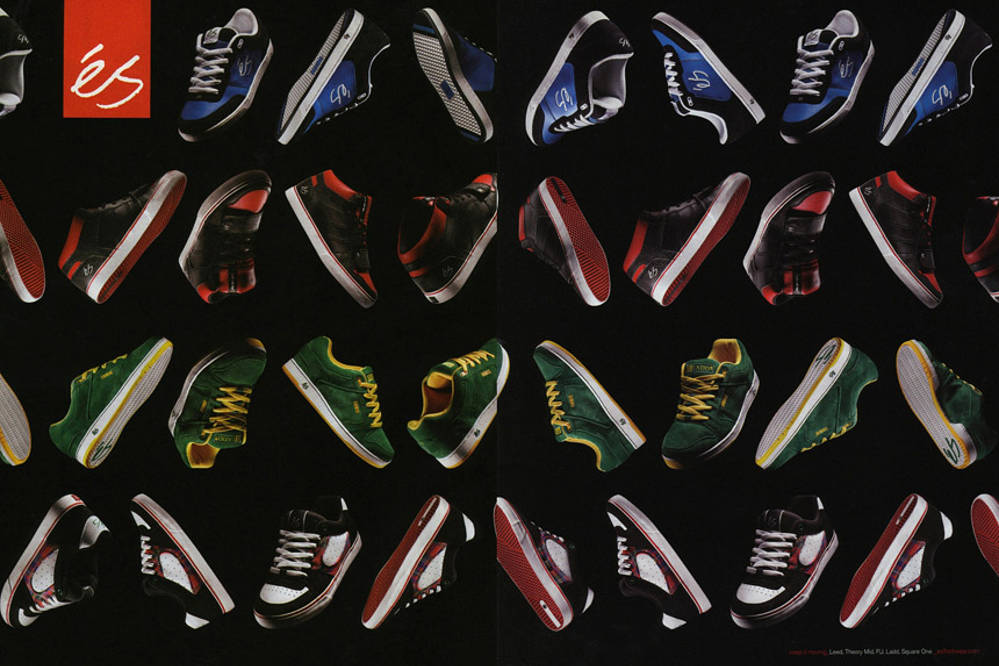 2006
Danny Garcia, Raymond Molinar, and Silas Baxter-Neil become a part of the éS team. While the whole team is filling up the sites of the world’s skate mags, a merciless but unknown amateur called Alex Mizurov wins the éS Game of SKATE. 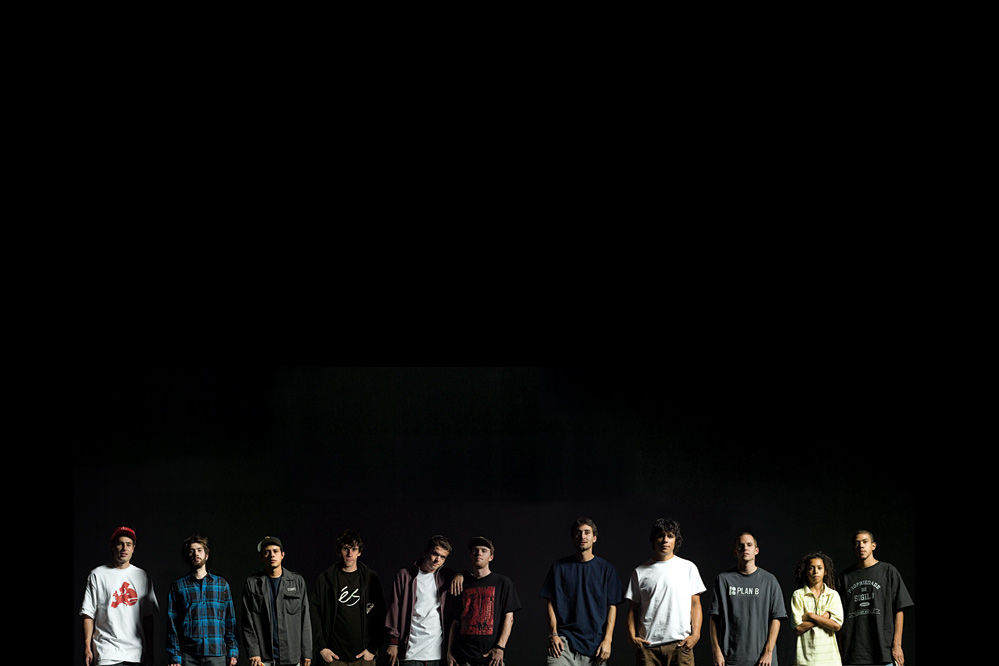 2007
Scuba Steve is the new teammanager of éS and suddenly makes Bobby Worrest, Raymond Molinar, and Silas Baxter-Neal pros. After various tours all over the globe, the second full-length video of the company drops under the name ‘éSpecial!’. Especially Silas Baxter-Neals part underlines why the company rightly dominates the market. 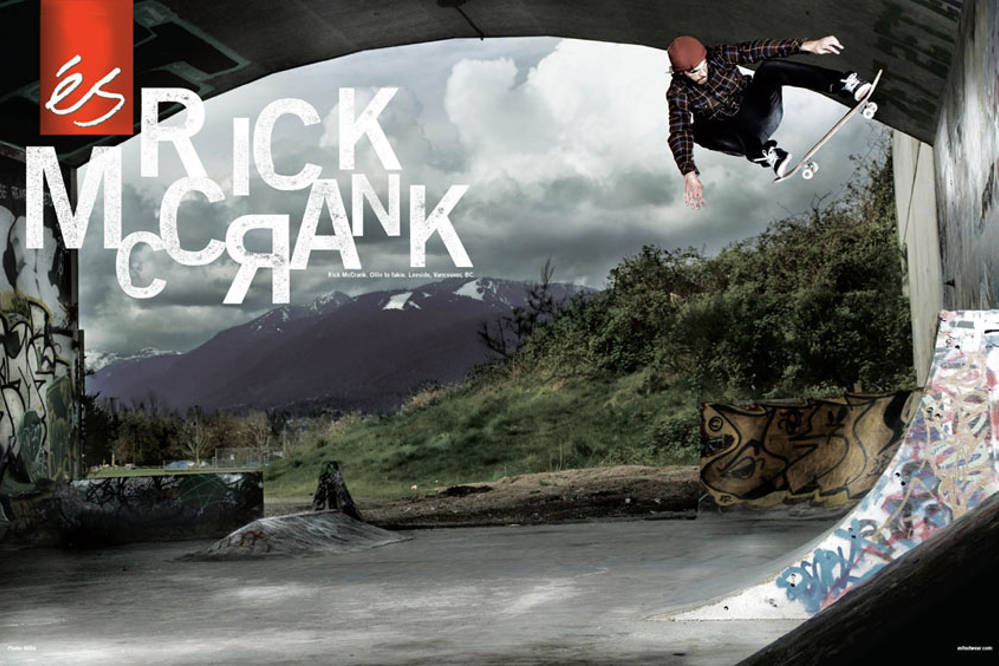 2008
In 2008 the mags are full of éS related content. The team wins every contest out there and is celebrated by an anthusiastic skate scene during their global tours all over the year! Danny Garcia gets his second pro-model and the Accel gets revised as the Accel TT. 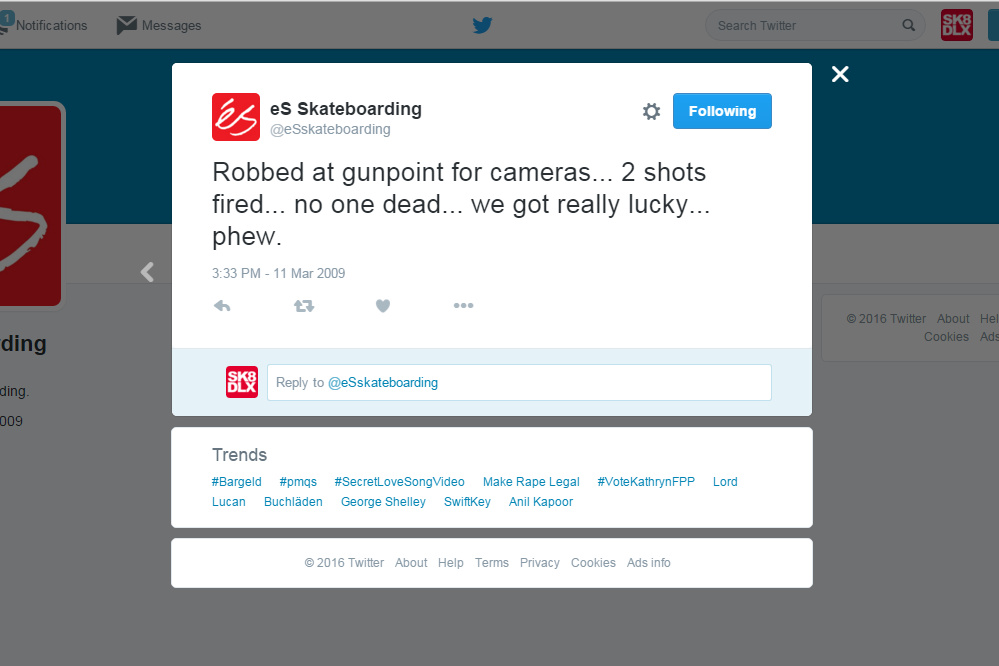 2009
The ruthless John Rattray is the newest member of the éS team. During the ‘éSpanõl’ Tour through Central- and South-America camera man Mike Manzoori gets robbed by gunpoint. The team stays focused and continues touring hard. Bobby Worrest innihilates every spot he goes to in his ‘Right Foot Forward’ part for Transworld in his new pro shoes ‘First Blood’. Rodrigo TX (Flip – Extremely Sorry) and John Rattray (Zero – Strange World) properly represent éS! 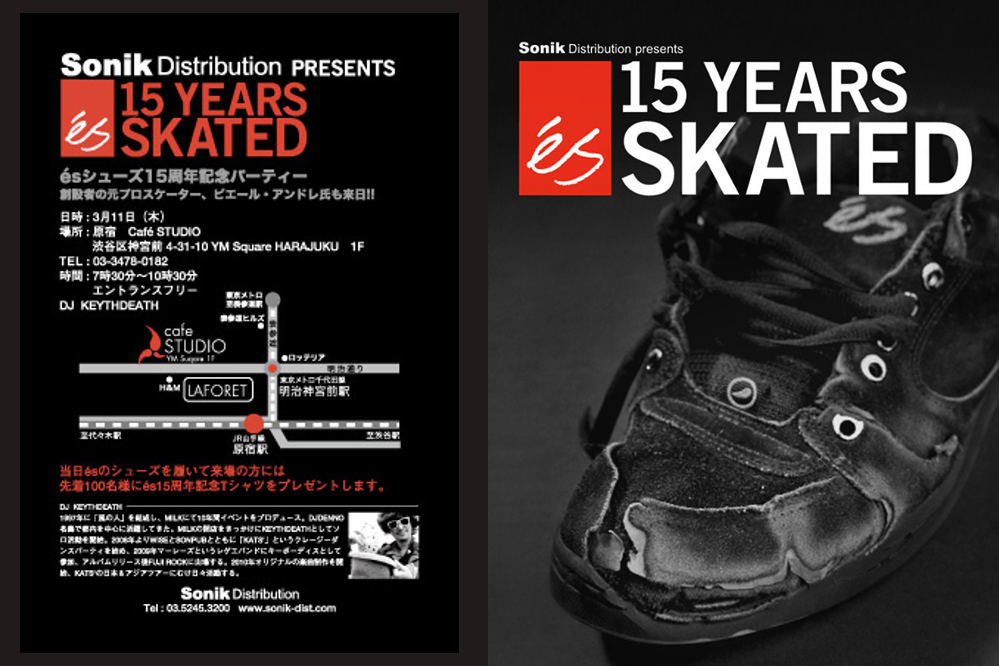 2010
15 years of éS are celebrated under the slogan ‚15 years skated‘. And 2010 is another year of touring. In addittion to that, the riders of the shoe company are featured at every contest and in every magazine. Mike Anderson is the newest pro on éS, Kelly Hart and Rodrigo TX deliver sick parts to LRG’s ‘Give Me My Money Chico’ while Rick McCrank and John Rattray test their acting abilities in the skateboard-comedy ‘Machotaildrop’. éS continues progressing. 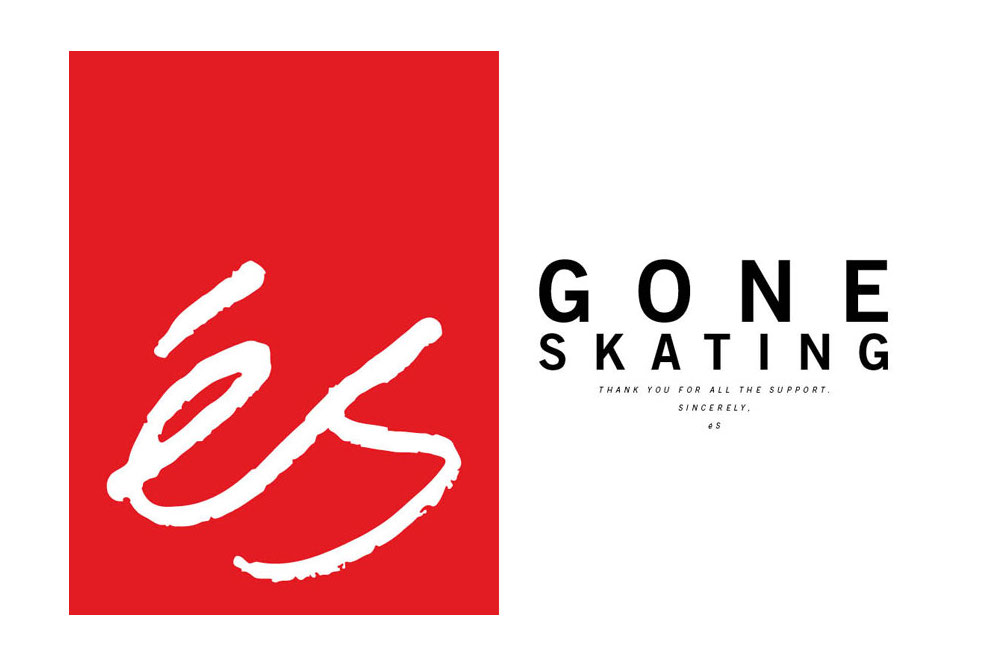 2011
With Ben Raemers new in the team, éS goes on the ‘Tri-X Trip’, a tour troughout the pacific Northwest which gets featured in many magazines. And then suddenly, there is a final advertisement sending a short and precise message: ‘gone skating.’
This said, éS is sending themselves into a hiatus.

És gone skating – Why the hiatus?

The answer might sound a little strange: éS was going a little to well. The head-company of éS, Sole Tech, was afraid that the ongoing hype for éS might endanger their other brands. The revival of éS being a matter of time. And we all are so excited that it is going to happen in 2016. The company is synonym to progression and fresh wind for skateboarding and skateboarding alone ever since they went out to conquer the world in 1995. And one thing is for sure: éS did a lot for skateboarding and they will continue to do so! 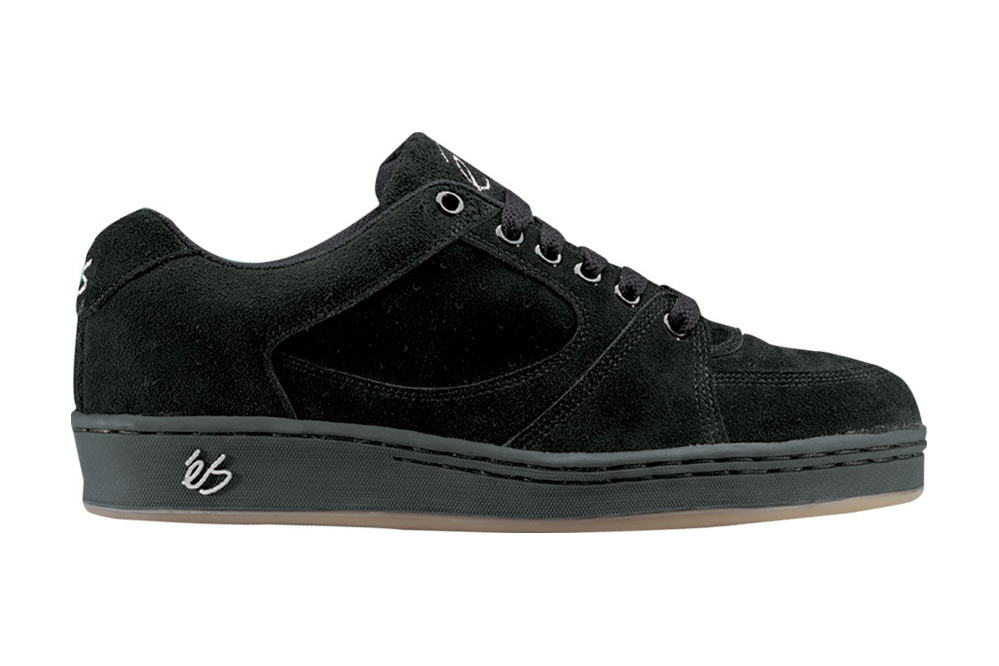 #05: The éS Accel
The éS Accel did not only stand the test of time, he defined it. This shoe being one of the most legendary and admired skate shoes of the world and got developed by the best and was worn by the best. Building the foundation for innovations on modern skate shoes ever since. 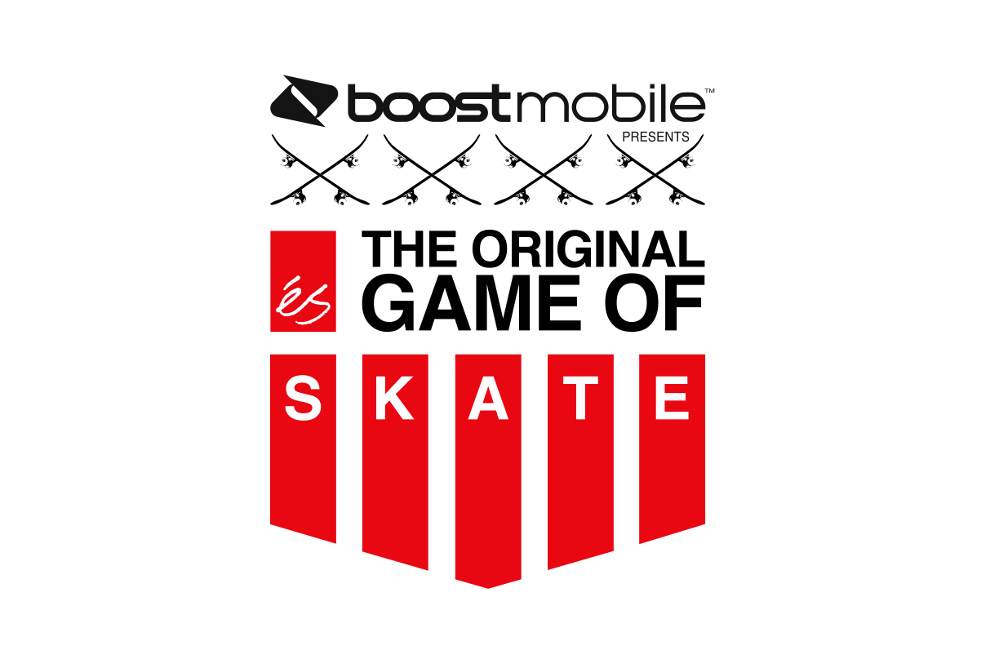 #04: éS Game of SKATE
With the éS Game of SKATE, éS created the most popular skatecontest format of modern skateboarding. We all have been thrilled and rooted for the sick battles. Furthermore, éS created a platform for amateurs to prove themselves against the pros. Today’s adaption ‘Battle at the Berrics’ approves the popularity of the five-letter-game. 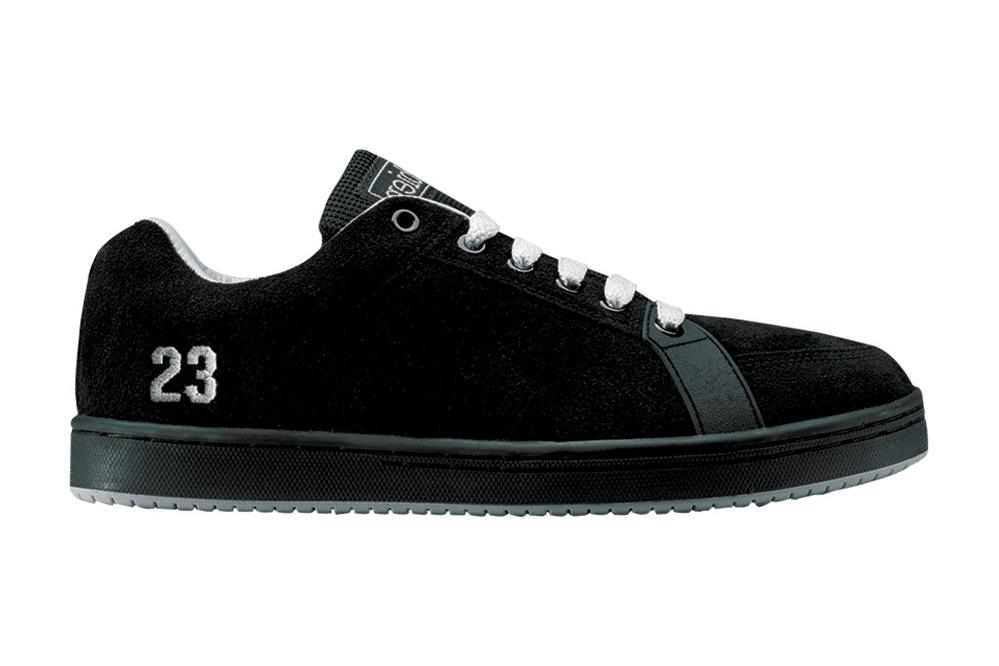 #03 Der Sal 23
Sal Barbier’s pro-model, the Sal 23 can be described as the godfather of modern low-cut skate shoes. The simple and endurable éS classic inspired a whole industry. And: it’s going to return to the current éS collection. 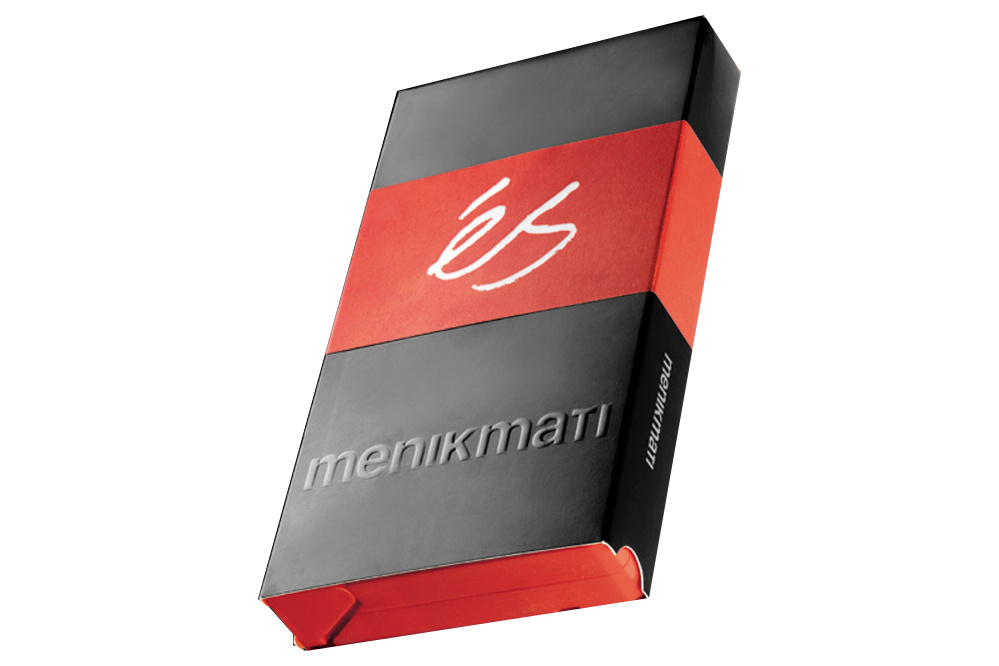 #02: éS Menikmati
I still remember how hyped I was when I shoved my éS VHS into the player. And it left me speechless. This epic was different from everything I’ve seen to this point. The parts of Arto Saari and Tom Penny will forever be my absolute favorites. Forever! But, and that’s more important, this video set the foundation for productions of other shoe companies. Bangers like the Nike SB ‘Chronicles’ or ‘Debacle’ videos, Emerica’s ‘Stay Gold’ or ‘This is Skateboarding’ would not have been thinkable without ‘Manikmati’. A true pioneer of a video! 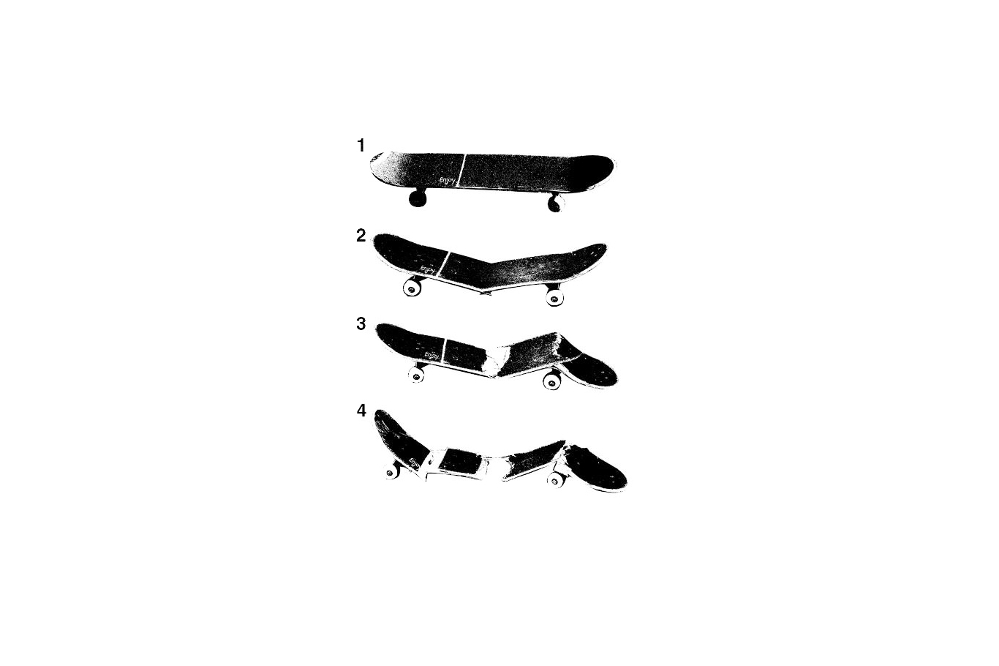 #01: The right attitude
One thing becomes obvious reviving the history of this unique brand: They had the passion and the fire to embody skateboarding as a lifestyle. This attitude can be found in everything this brand has ever put out. Their print ads in magazines, their video-teasers and the way they documented their tours. The magic move? A balanced team of skate-addicted individuals. And I would be surprised if this changed with their comeback. With Kelly Hart and Tom Asta, éS built a solid and authentic foundation to make up their reputation. We are more than excited for what there is to come!

The ones of you that made it to this point know that éS always stood for an outstanding team. We want to take this moment to show you, who this brand was home to. It’s a list of its own.

The éS Pro Team 2016 officially is Tom Asta and Kelly Hart to this point. Checking through social media like Instagram gets you some hints. Though. Here, éS shares clips and pictures of De Marquis McDaniels, Devine Calloway, Wade Desarmo, Diego Nájera, and Myquel Haddox. Reason enough to get excited!

Concerning Germany, skatedeluxe rider Christoph Radtke is a name on the list of the éS Team!

If you have followed the rise and fall of this company you are one of many that can not wait for éS to return. We just have to wait a little bit longer until we can bath ourselves in new footwear, inspiring clips and lived passion for skateboarding! From mid-February on, we at skatedeluxe will be by your side when you need new éS stuff. And we can’t wait!

Check the éS shop at skatedeluxe!