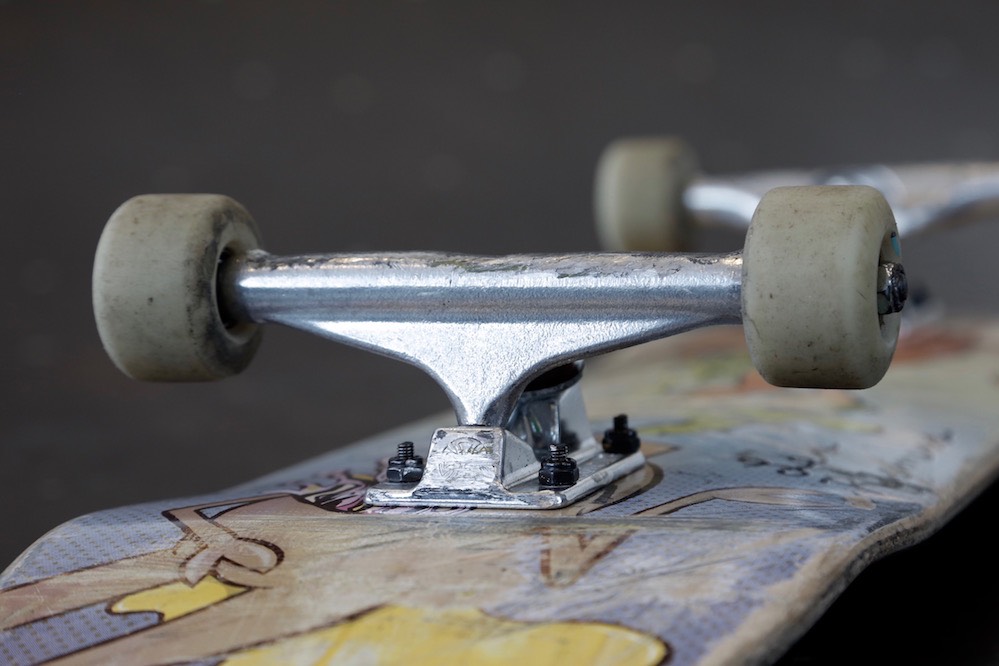 Independent Trucks are some of the most famous but unfortunately also some of the heaviest skateboard trucks on the market. With the Forged Titanium models, the brand from NHS is now giving us true lightweight trucks. I did a skate test to see whether the light version can keep up with the classics. 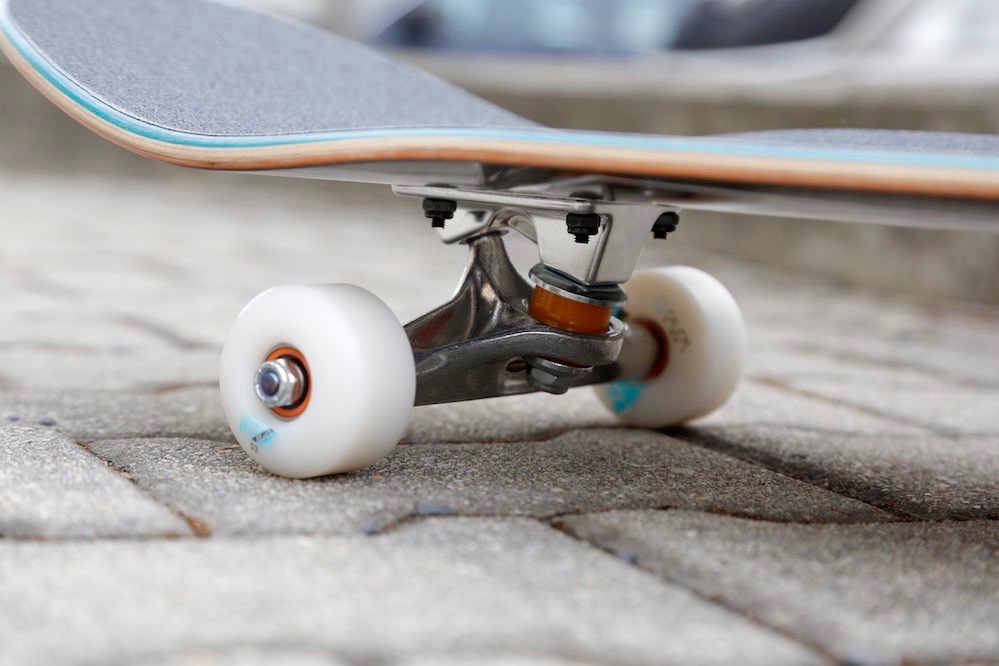 It’s not news to anyone that everybody wants lighter and stronger skateboard trucks. After all, the trucks make up the heaviest part of the skateboard weighing about 350 – 400g per truck. The Forged Titanium trucks are the lightest trucks in Independent’s product range. This is due to the titanium axles and hollow kingpins. In combination with the forged Baseplate, those features even make the trucks a bit stronger.

“You can feel the weight reduction just by picking up the setup.”

There are also other lightweight models from Independent, but weighing roughly 56 Grams less per truck (on the 149 version), the Forged Titaniums are the featherweights amongst all Indys:

So that’s that as far as weight goes. But what about the question on everybody’s mind right now: is it worth to invest in Independent Forged Titanium trucks, or did they cut corners to cut down on the weight?

One thing is clear: since Stage 11, Independent trucks have had an excellent geometry that you can hardly complain about. Deep turns, quick response, stability, and no hang-ups are core characteristics of their trucks. Problems like broken kingpins or bushings that are squeezed out of their seats are no issue at all or merely a rarity. 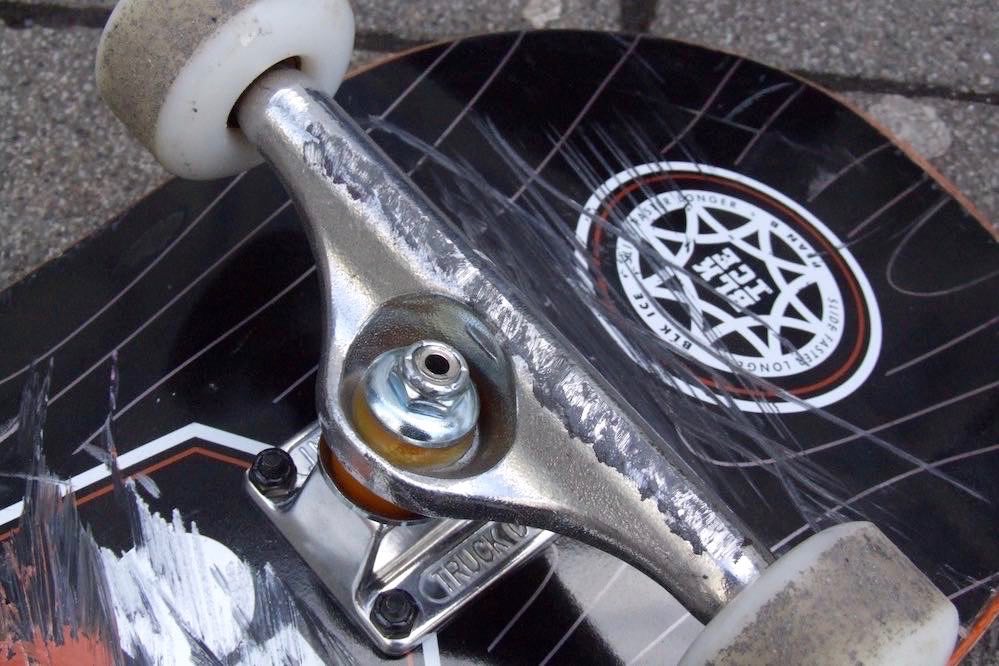 Speaking of bushings – I had the feeling that Independent did something with their stock bushings. While years ago, I had the tendency to directly exchange new Indy bushings, I now liked how the 90A Bushings included performed. Of course, they took some time to break in but after a few sessions, I was used to the little guys. Nevertheless, after six months and some gaps, I swapped them out for some fresh ones. 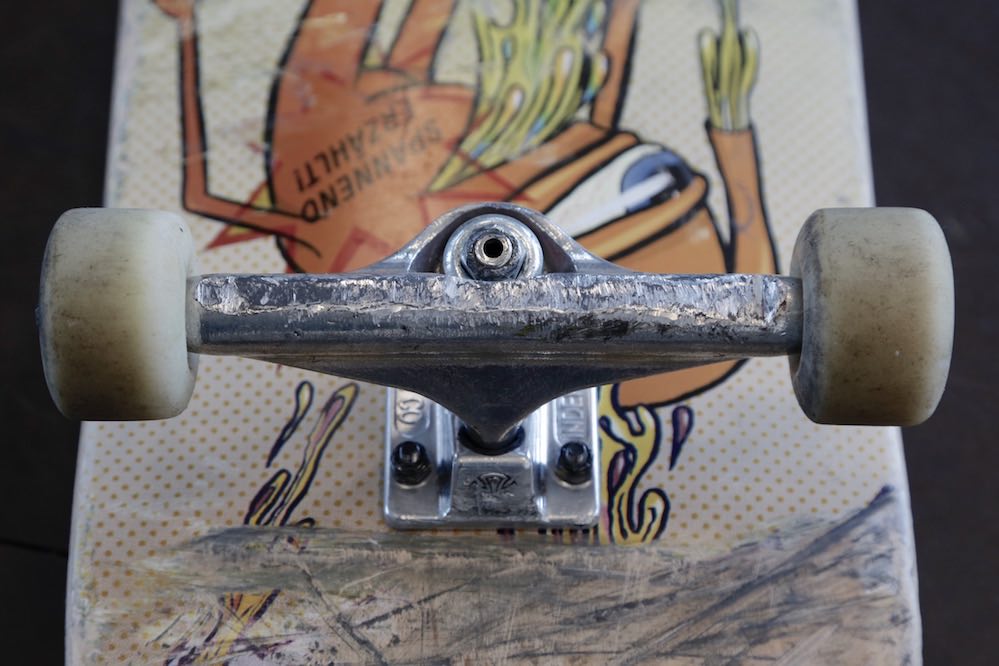 Even my “Never Change a Winning Team”-sort of friends who have ridden Standard Indys for forever, were pleasantly surprised by the Forged Titaniums and their weight. You can feel the weight reduction just by picking up the setup. Whether these trucks will help you do your tricks higher or better, however, isn’t something I want to discuss here. In any case, I had the impression that even with tired legs I could skate powerfully to some extent. I guess, the titanium Indys might have something to do with that.

When it comes to manoeuvrability and grindability, the light version can totally keep up with the standard models. Thanks to the hanger’s design there is plenty of room to grind on without impairing the kingpin or receiving early greetings from the axle.

By now, the Forged Titanium Indys have been part of my setup for nine months and I wouldn’t want to part ways with them. As you can see in the pictures, the trucks have lost quite a bit of material due to rough street curbs in that time. But it’s still a long way down to the axle. If you primarily skate parks, you can probably skate these trucks forever. Accordingly, with the Forged Titanium models, you’ll get incredibly light Independent trucks that are just as strong and durable as the famous standard variations.

After nine months of testing: the Forged Titanium Indys.

If you still think that Independent trucks are too heavy for technical skateboarding like street or flatground, I would like to invite you to let the Stage 11 Forged Titanium trucks convince you of the opposite (alternatively, let this Switch Frontside 540 do the talking). Even though there are much lighter trucks on the market, the Forged Titanium Indys are some of the longest-lasting trucks in the game that will do your tired bones a favour. Clear recommendation!