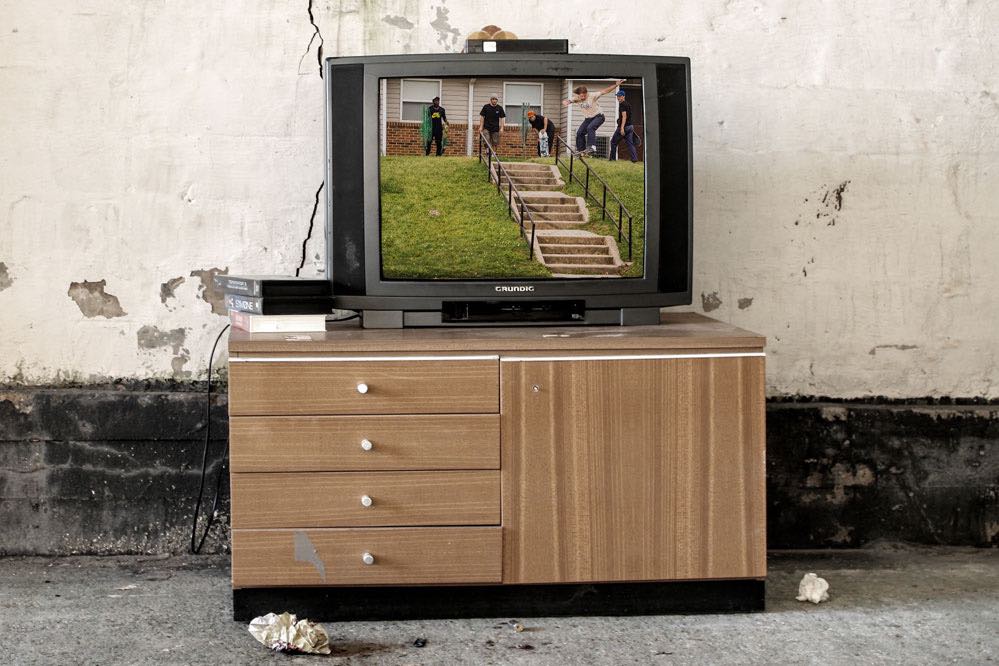 Our 20 skateboard video highlights of 2017

This year we’ve seen the level of skateboarding raise the bar once again. Next to numerous Instagram clips including a lot of weird stuff, there were a lot of parts and full-length videos worth seeing. Since we liked pretty much all of them, this is no ranking or top list but simply our skateboard video highlights 2017.

With ‚Fetish‘, the brand with the crazy shapes should have convinced the last of us that you don’t have to ride popsicles for street skateboarding. Moreover, there is concentrated girl power from Nora Vasconcellos to see on the screen.

We don’t know what you did when you were 14, but Crooked Grinds on waist-high handrails were probably not your daily business. We’re already stoked on how the “Young Emericans” will rip in a few years.

From young to old – Bam Margera is on diet, got a new deck from his old sponsor Element and is starting to rise again. That was proved by the former Jackass star with a fresh edit, a lot of teasers and interviews, and even more exclusive pro models. Welcome back! If you like it or not is totally up to you!

To dedicate a whole part to Hippy Jumps may seem a little bit daring but in our eyes, the guys from Isle Skateboards presented one of the most entertaining parts of the year with Atlantic Drift Episode 5. What the f. is up with that last trick?

Despite a big name and even bigger foot stamps to follow, one has to give it to Riley Hawk that he consequently goes or rather rides his own path. The Rough Cut of his ender in Lakai’s ‚The Flare‘ is an excellent example of what we’re talking about.

The award for the biggest understatement of 2017 probably goes to DC Shoes because if the DC Promo Video really is just an appetizer for an upcoming full-length edit we better brace ourselves for what’s coming. #stoked

When does one become pro? 2017 showed that the scene is full of AMs that should have had their own pro model years ago. Thrasher’s Am Scramble showed us how high the skillset is by now. Guys like Axel Cruysberghs for Toy Machine, Trent McClung for Primitive, Zion Wright for Real or Taylor Kirby for Deathwish did it this year, but this is just the peak of the iceberg.

With their 19th video, Foundation managed to show the scene once again how it’s done. This edit has everything from current Corey Duffel footage to Cole Wilson’s handrail madness – don’t sleep on this one!

Speaking of hammers: Women are finally getting entering the pro ranks. Alexis Sablone is on WKND, Lacey Baker on Meow Skateboards, Sarah Meurle on Poetic, Leticia Bufoni on Plan B, Nora Vasconcellos on Welcome, Samarria Brevard on Enjoi and Lizzy Armanto on Birdhouse. Only a few names that helped to close the gap between male and female skateboarding a bit more. Keep it up!

Classic 80s tunes, casual style and decent bangers. Jordan Taylor finally is Pro for WKND, and it’s well deserved. Highly recommended clip. And to be honest, you simply have to love WKND edits.

Trent McClung made it to the pro ranks for Primitive this year and his style is a perfect match for the top-notch team around P-Rod, Shane O’Neill and so on. His Welcome Part definitely will get you hyped for the next session.

Do you think you’ve already seen everything from Barcelona? Take a few minutes and let the guys from Pizza Skateboard convince you of the opposite. You can argue about the music but the skateboarding is unarguably gnarly.

Spoiler: that first trick is Switch (!) if this applies to Shane O’Neill at all. Is there any trick this guy can’t pull off? If his ‘Levels part’ for Nike SB somehow slipped past you, now is the time to catch up on it.

Thanks to the co-work with the Brindle Collective any New Balance Numeric edit is real eye candy for all fans of high-definition skateboarding. This also goes for Tricolor that was Brandon Westgate’s premiere for NB#.

If something starts with such a monumental soundtrack it has to be good. Hockey III does not disappoint in any way. Caleb Barnett, Andrew Allen, Donovon Piscopo, John Fitzgerald and Ben Kadow drop hammer after hammer in this 20 minutes.

Poetic Collective managed to establish a name for breathing fresh air into the scene every once in a while. The MNMLSM Edit that has been filmed in Malmö, Copenhagen, Stockholm and Gothenburg is perfect proof for that.

Welcome to the future. With ‚Alpha‘ Öctagon showed once again that, without any doubt, skateboarding and design belong together. Prepare for four minutes pure ‚gnar‘ in black and white.

The boys from Magenta took a special vacation in Dubai and Abu Dhabi this year and returned with 4,5 minutes of footage. Strongly recommended clip with unseen spots and the typical Magentaesque skateboarding.

Take a hand full of skateboarders, some Leica cameras and an abandoned industrial factory and let them do what they do best. Volcom manages to perfectly capture the spirit of ‚skate everything‘ with the Zementwerk project.

Palace gave themselves four years for this one and it was worth waiting. Fans of fisheye, VHS and co. will be amazed. Our conclusion: you have to watch this one and never skate the streets without spotters – holy shit, Blondey!

As last year and the year before, we had a hard time taking all clips of this year into consideration due to the sheer mass of footage in 2017. Moreover, everyone has different taste, even or rather especially in skateboarding. If there’s one video that was an absolute must see this year, let us know!

Tell us your highlights from 2017

In this spirit we wish you a happy new year full of clips, edits, videos and skateboarding – high five!

Our skate video classics
What was hot in 2017?