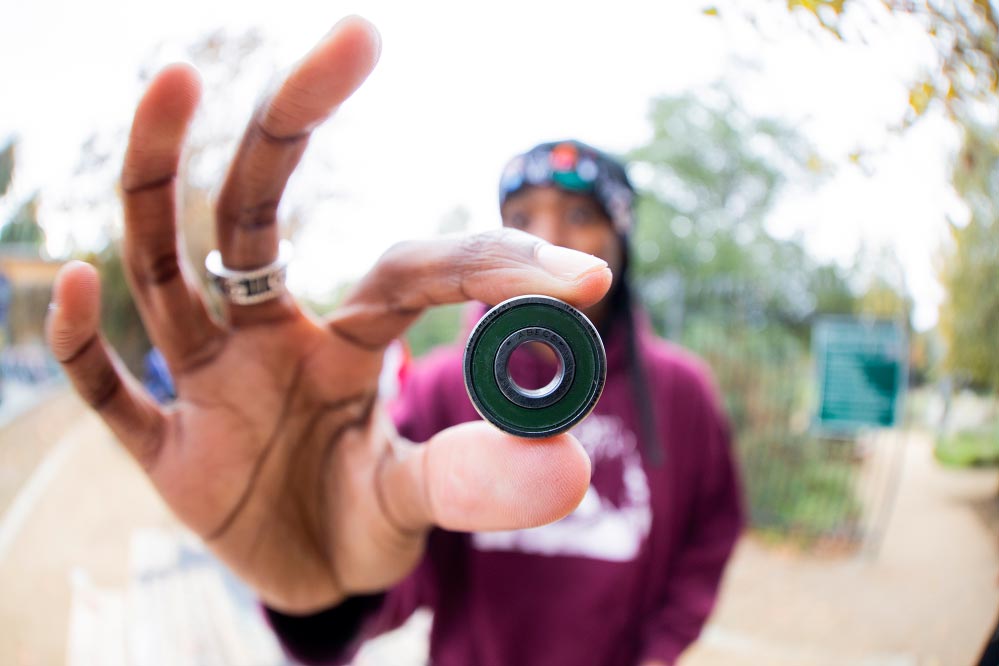 Quality bearings by SKF Skateboarding – Made in Italy

On the skateboard bearings market, you’ll find bearings in the medium and lower price segment that are mostly from the Far East. SKF has relied long on the production in its own factory in Italy. 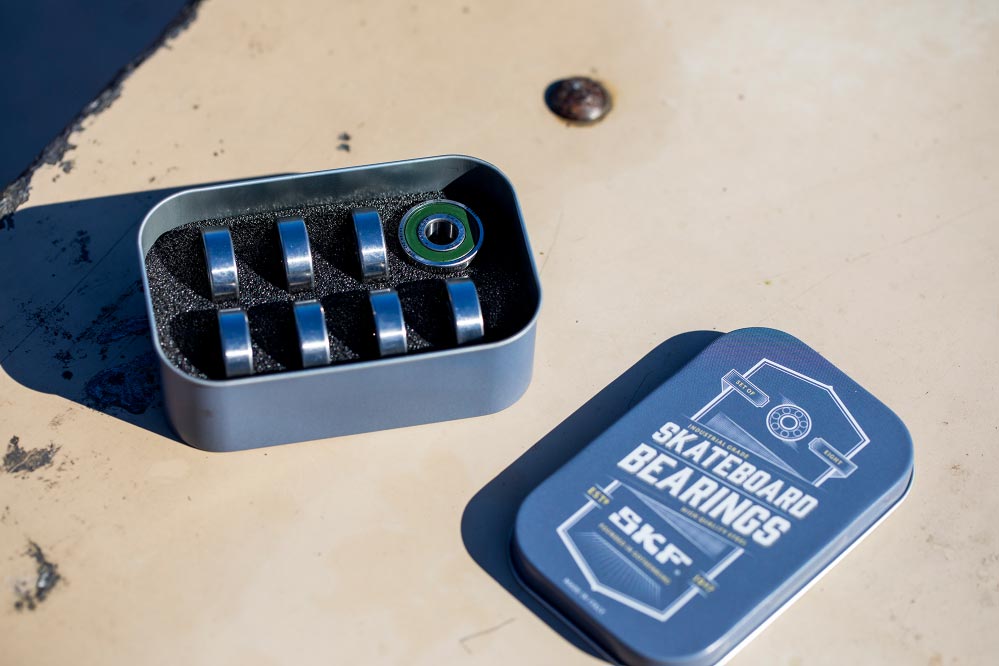 It’s well known that SKF bearings are also suitable for skateboarding. Well, what is good enough for an aircraft engine, should also work on your skateboard – right? In addition to the standard bearings, SKF Skateboarding now offers two pro bearings from Oskar Rosenberg and Ishod Wair, as well as a ceramic version. 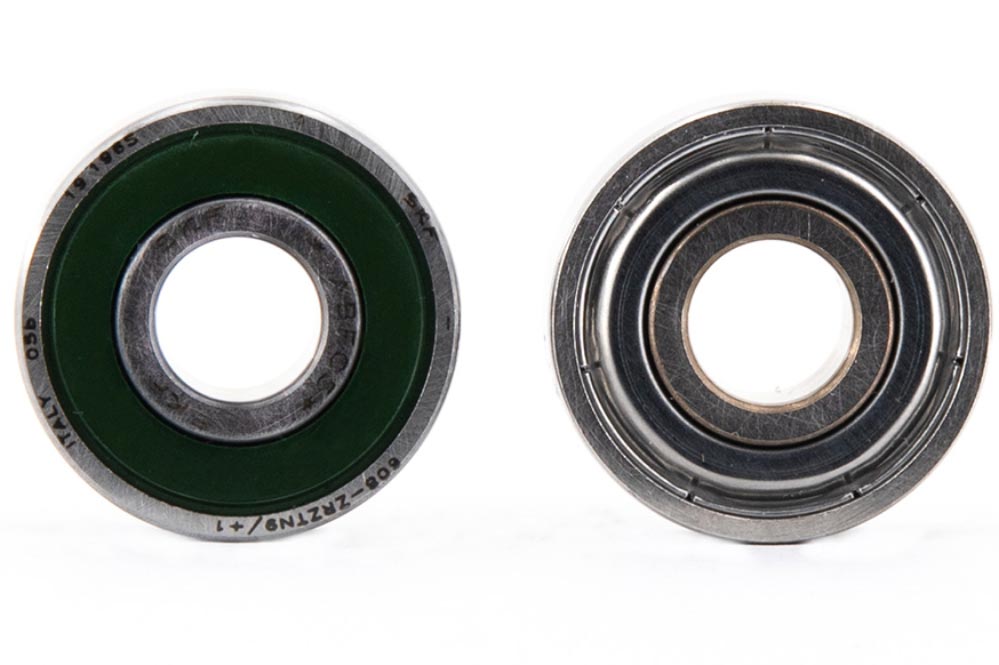 At the beginning I needed a little time to get used to the SKF standard bearings, because they roll very quietly at first. However, this is not a shortcoming, quite the opposite – the bearings are more lubricated than you might be used to comparing many other bearings in skateboarding.

The grease in the bearings has a protective effect here. Because as you probably know, the biggest enemies of bearings are dirt and moisture, which penetrate into the interior of the bearing, contaminate it or cause rust. In the worst case, this impairs rolling performance by increasing friction on the inside. 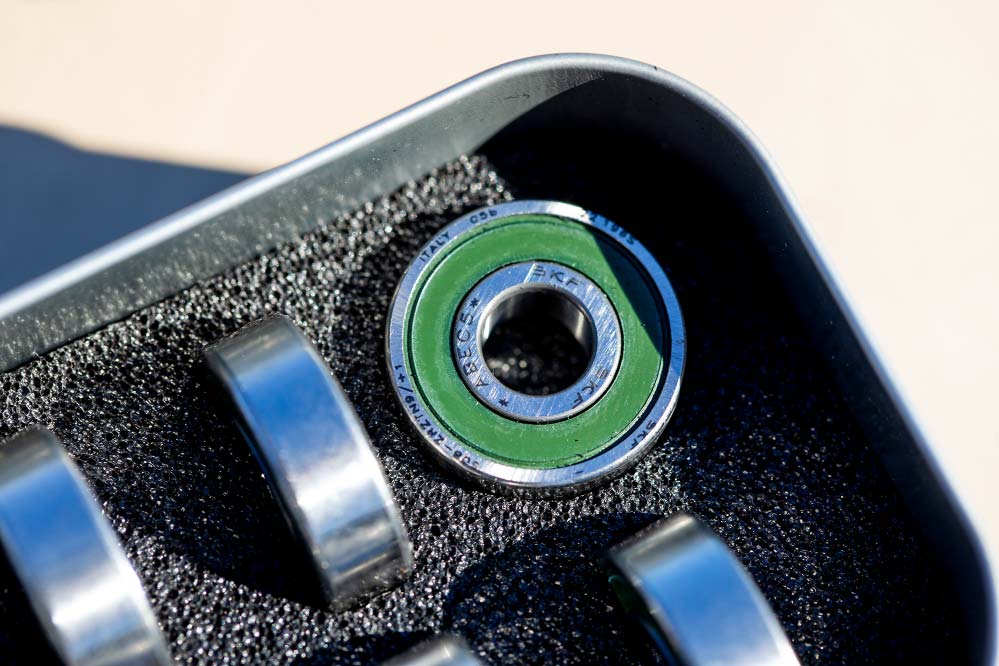 The lubricant layer prevents this in SKF Skateboarding Bearings and ensures particularly long-lasting performance. The classic “rolling sound” of course suffers somewhat. If you want to “pop” the shields of the bearings you can of course do so, but you may have to make sacrifices in terms of durability.

The lubricant doesn’t have any negative effects on the speed, the bearings roll extremely well and especially over a long period of time. The two pro bearings from Oski & Ishod roll a little bit louder, since the have less lubrication. 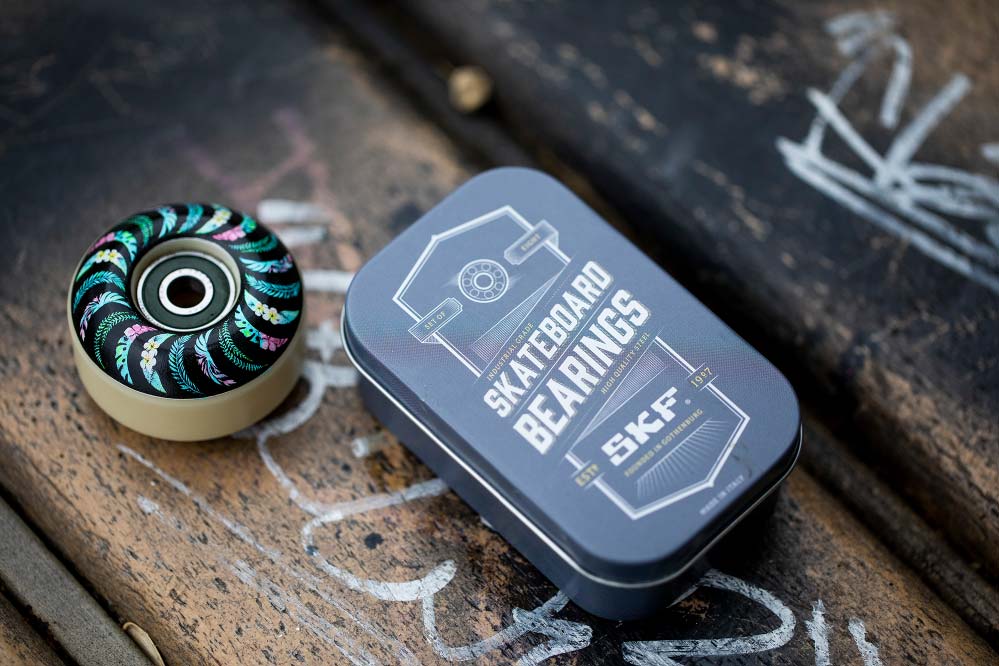 All in all, I tested the new SKF bearings about three months, have not cleaned them once and am still very satisfied with them. Nothing grinds, falters or suggests that I will need new bearings in the near future.

With the bearings from SKF Skateboarding you’ll make the right choice in any case. Here you get high-quality, durable ball bearings – Made in Italy – and at a fair price. The bearings, on which the outstanding SKF Skate Team relies, should be tried in any case on every skateboard once.