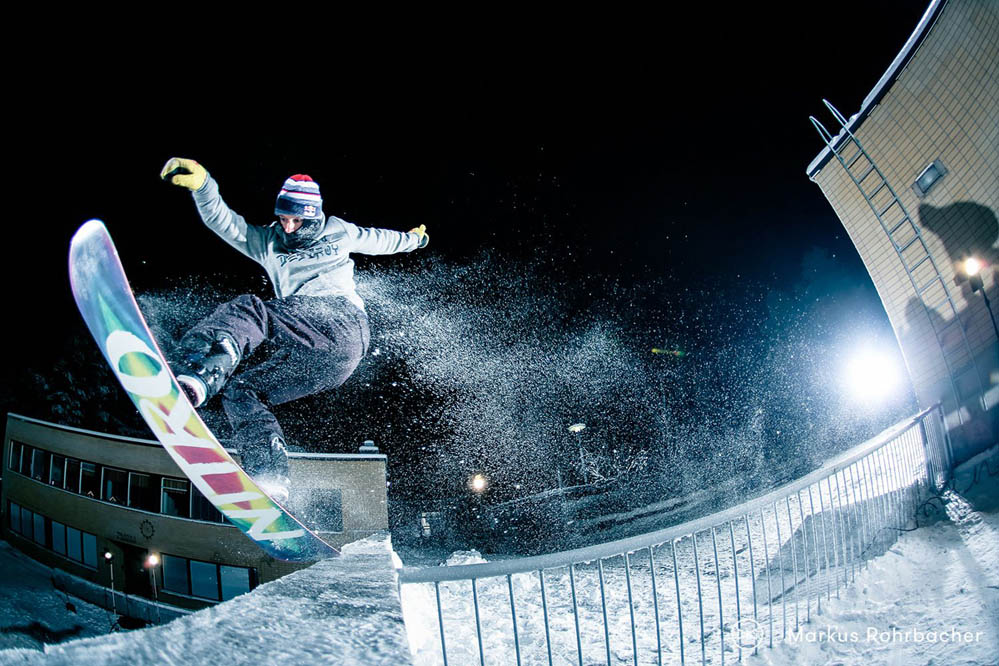 Snowboards for Skateboarders – Keep it on the Streets!

You love spending your time in the city on a skateboard but winter makes your local spots unable to skate? Grab a snowboard – the city offers multiple spots for street snowboarding too. This guide will help you finding the best setup therefor.

Snowboarding has made its way into the city quite a time ago and many skateboarders love exploring their hometown in the winter and check out spots. Whether its ledges or handrails for slides, called jibbing, gaps or natural kickers, nearly every city has good spots to offer when it comes to street snowboarding.

But the right choice of a snowboard for freestyle tricks, the fitting snowboard boots, as well as good snowboard bindings for street purposes are essential here. With the help of this guide you can put together the perfect snowboard set-up for your winter days in the city: Keep it on the Streets!

Characteristics of the Snowboard:

Street snowboarding is the closest to skateboarding in the winter and therefore freestyle snowboards are the weapons of choice. Those boards are mostly ridden shorter what makes them more versatile and playful. With one of those under your feet, it’s way easier to get on a handrail or pull quick 360’s down a stair set.

The golden rule that your board should reach up to your chin can be ignored here. There is no such thing as a rule when it comes to the length of a freestyle snowboard. In general, most street snowboarders ride boards that reach up to the height of their breast or a bit above.

You can orientate on that but have to find the perfect length of your freestyle snowboard for yourself. Just remember to keep it short because you want to have a snowboard with a lot of agility, pop, and flex.

As you have might guessed already, snowboards with a flat profile lay flat on the ground. This means that the contact point to the surface is plane flat. This will help you sliding because the snowboard lays straight on the rail and provides you with stability as well. Fast inruns won’t give you too much hassle with that profile too. On the downside, this profile has not as much tension as other boards and you’ll probably need more power to pop and spin the board.

Over the years snowboards with rocker profile became an integral part of the snowboard business and can generally be understood as a reversed camber. The contact point to the surface lays between the bindings what makes these boards easy to spin. The more the rocker is developed the more playful the board will feel to you. Especially nose- and tail presses, as well as butters and spins, benefit from this profile.

In street snowboarding it’s all about spins, jibbing and landing switch aka to fakie. So it seems to be a good idea to ride a board on which it’s no problem to land forwards or backwards. Therefor freestyle snowboards with a twin shape are preferred in any street and park terrain.

Especially for beginners it’s a good choice to start with a true twin shape snowboard. These boards have an identical shape at nose and tail so you can either ride them switch or regular with the same handling. But also directional twins as well as asymmetric twins are common in street snowboarding.

The difference between true twins and directional twins can be found at the placement of the inserts of directional twins. These are placed a bit further to the tail, called setback, which helps you to get the nose up easier what makes these boards float better.

Have you ever noticed that left turns are way harder than right turns? With asymmetrical twins this aspect is solved via different radii of the edges. This allows you to get more pressure on the heel edge. Thus you get this sometimes weird looking shapes but your heel turns will benefit from this.

But be aware that goofy riders can’t ride the same snowboard as regular snowboarders because the shape shall always benefit the heel edge. Besides this asymmetrical boards are quite the same then true twin shape boards.

Are you hyped now? Then check out what Street Snowboarding can look like. Below you’ll find more information about boots and bindings for street purposes!

To avoid hang-ups on boxes or rails it’s a good tip to smoothen your edges before jumping into a slide. As important edges are for riding pipe or while carving, for jibbing sharp edges will more commonly give you mean slams because your edges will catch the sliding surface most certainly.

So grab a fine file and start smoothing down your edges in slow and evenly movements that should always lead away from the centre of your board. It’s important to use a fine file so your edges won’t be worn out too much. A well-waxed base is also a good parameter to avoid hang-ups and to get a smooth ride.

When you’re heading back on the mountain you can sharpen your edges again with the help of an Edge Tuner Tool. But remember, this process can’t be repeated endlessly because at a certain point the material of your edges will be gone. 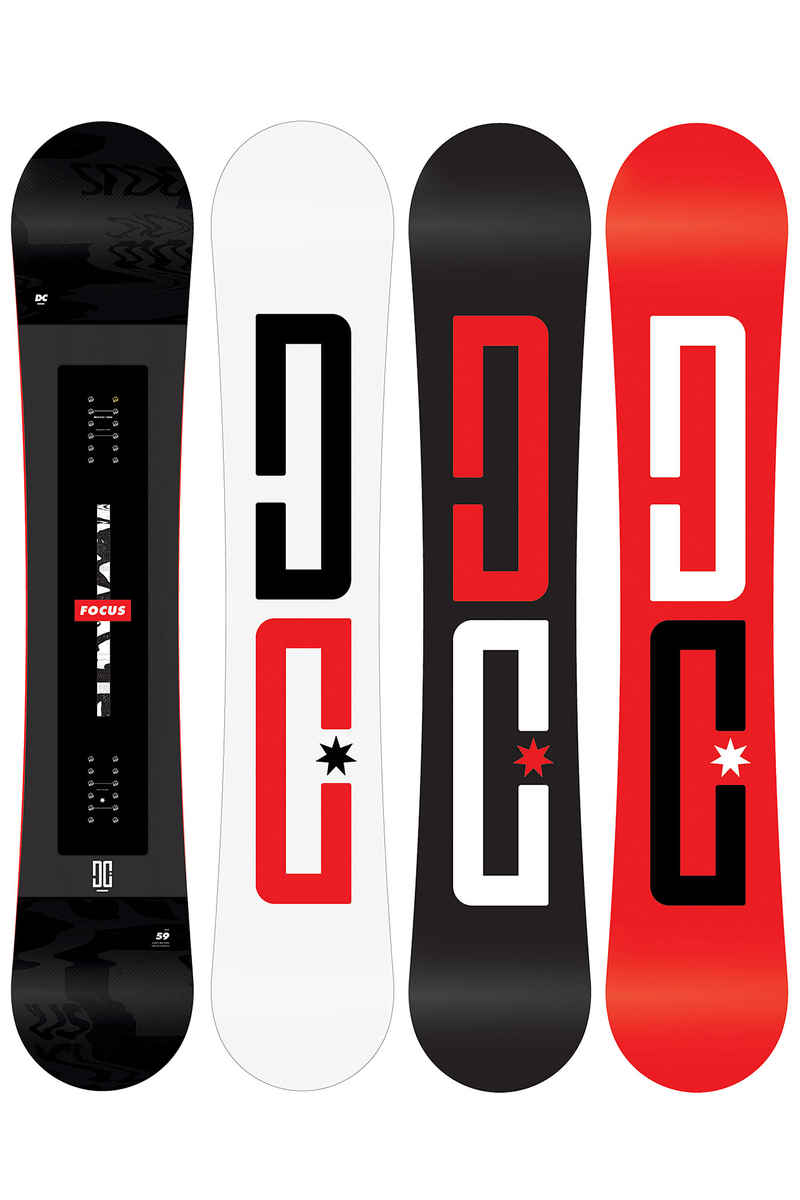 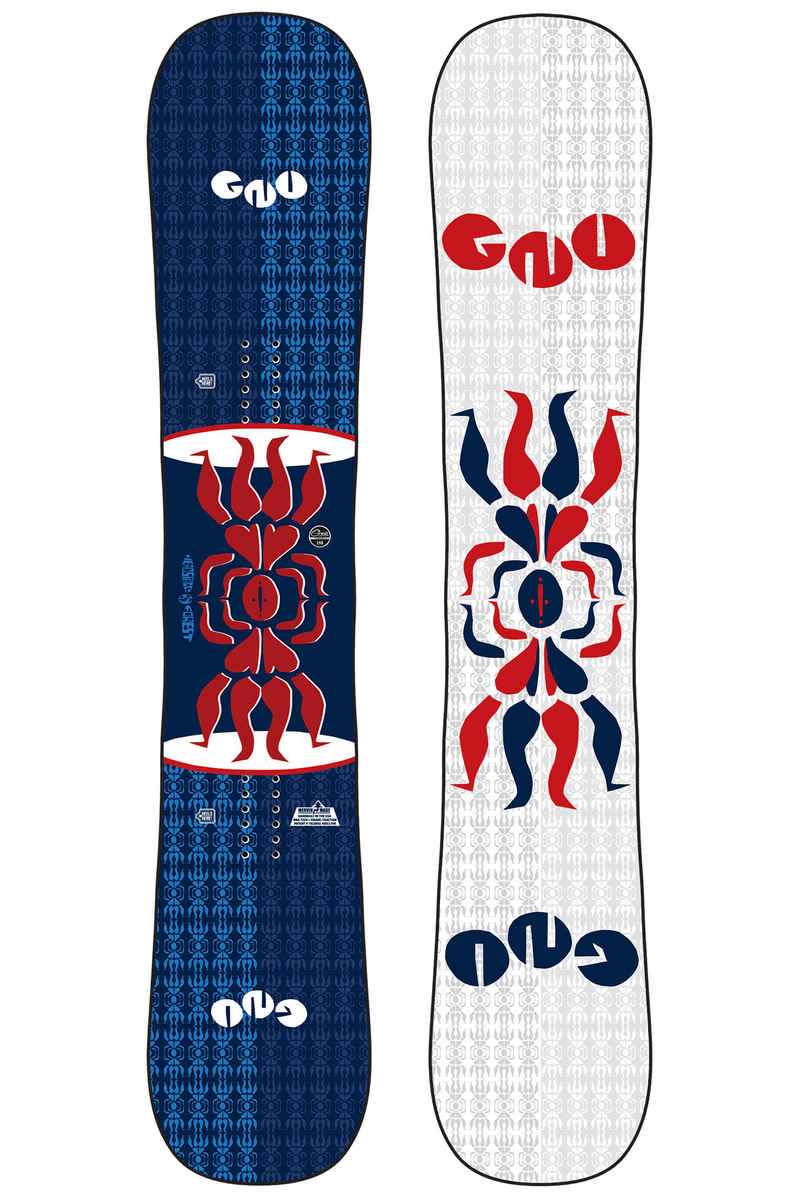 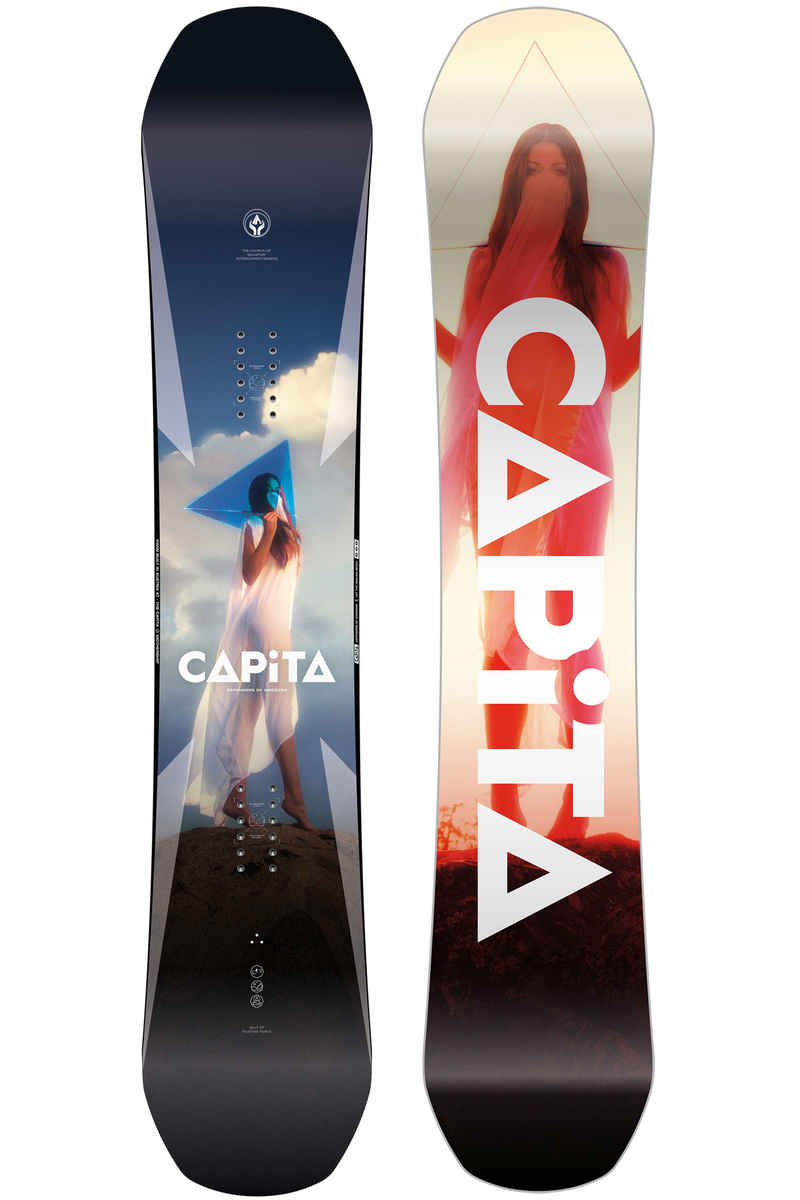 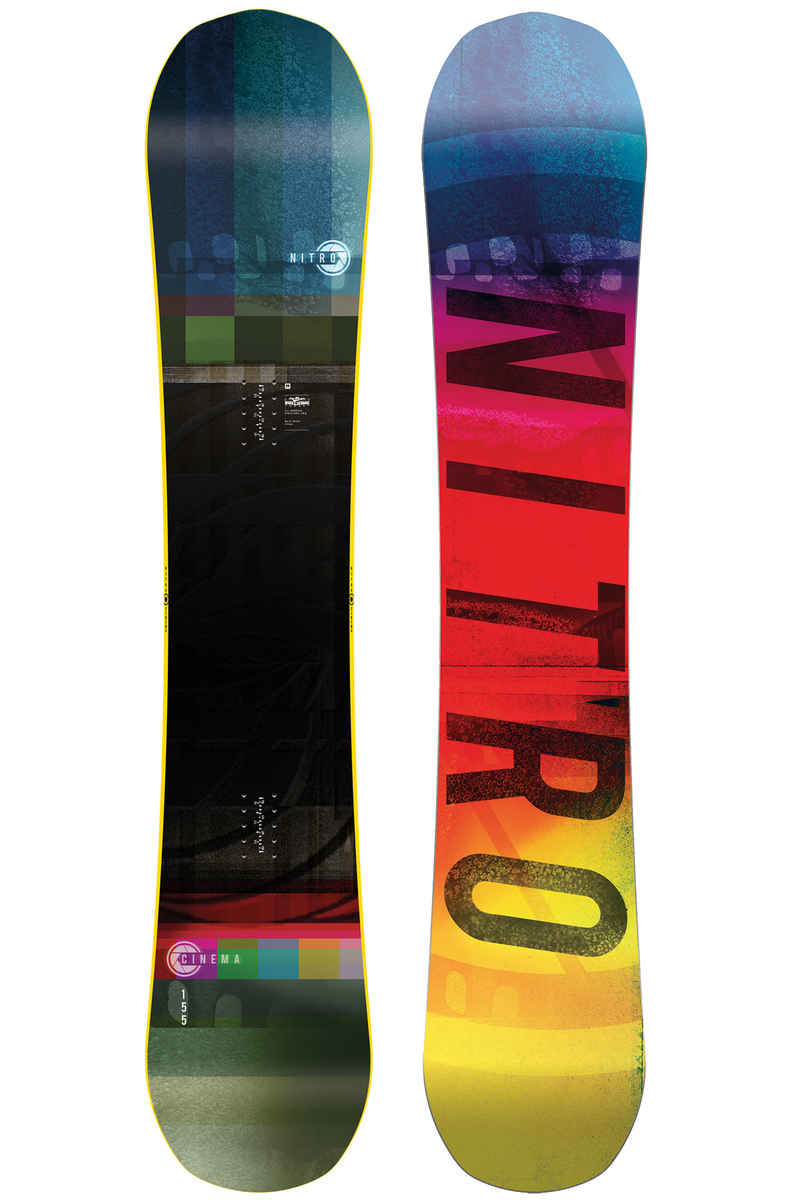 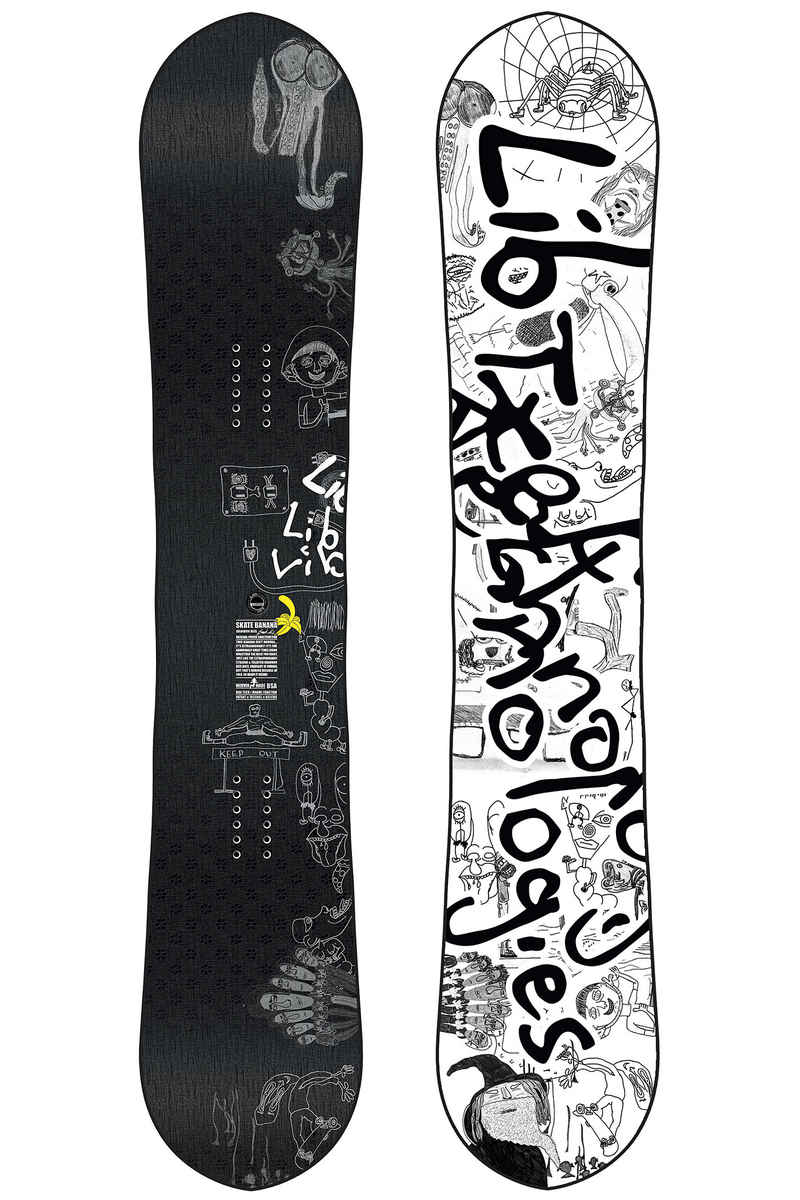 Characteristics of the snowboard bindings:

Snowboard bindings are as important for a snowboard as trucks are for skateboards. Bindings are also the direct connection between the rider and his board. With them, you steer your board and so they can be understood as the pivotal point for your riding.

The focus of street snowboarding lies on gaps, slides and spins. For that matter, it is important to be able to move freely. Flexy and soft bindings will support you but provide you with enough space to bend your feet and tweak your tricks. The flex of your bindings comes mostly from the highback. The softer the highback, the more flexy are your bindings. But don’t be scared, the straps will hold you and your snowboard boots tight anyways no matter how much flex the highback has.

A special kind of bindings can be found with Now bindings featuring Skate-Tech. You won’t find bindings that are more skate related than these. But it’s not simple that they have it in their name. The inspiration really comes from the trucks of a skateboard. The revolutionary brand follows the plan to bring real skate feeling into the snow.

In comparison to normal bindings the baseplate of Now bindings is connected to the board via a kingpin. Thus the force during steering can be brought onto two exchangeable bushings on both edges. With the help of this system, it’s possible to get a more direct feeling for your turns because the pressure goes directly on the edge like you would do it via your toes or heels on a skateboard. You won’t get a more skatelike feeling than with Now bindings. Yes founders DCP, Romain de Marchi and JP Solberg dig this technology and if you know Yes you are aware of their love for street snowboarding! 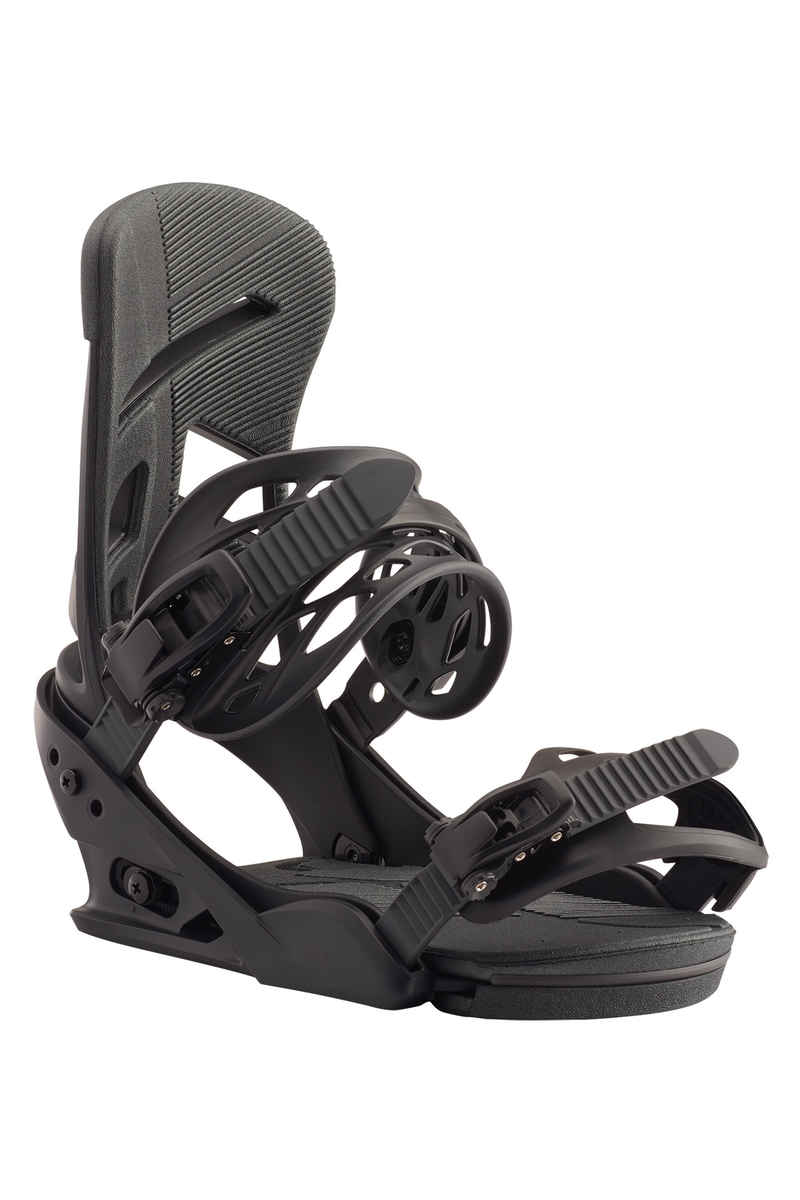 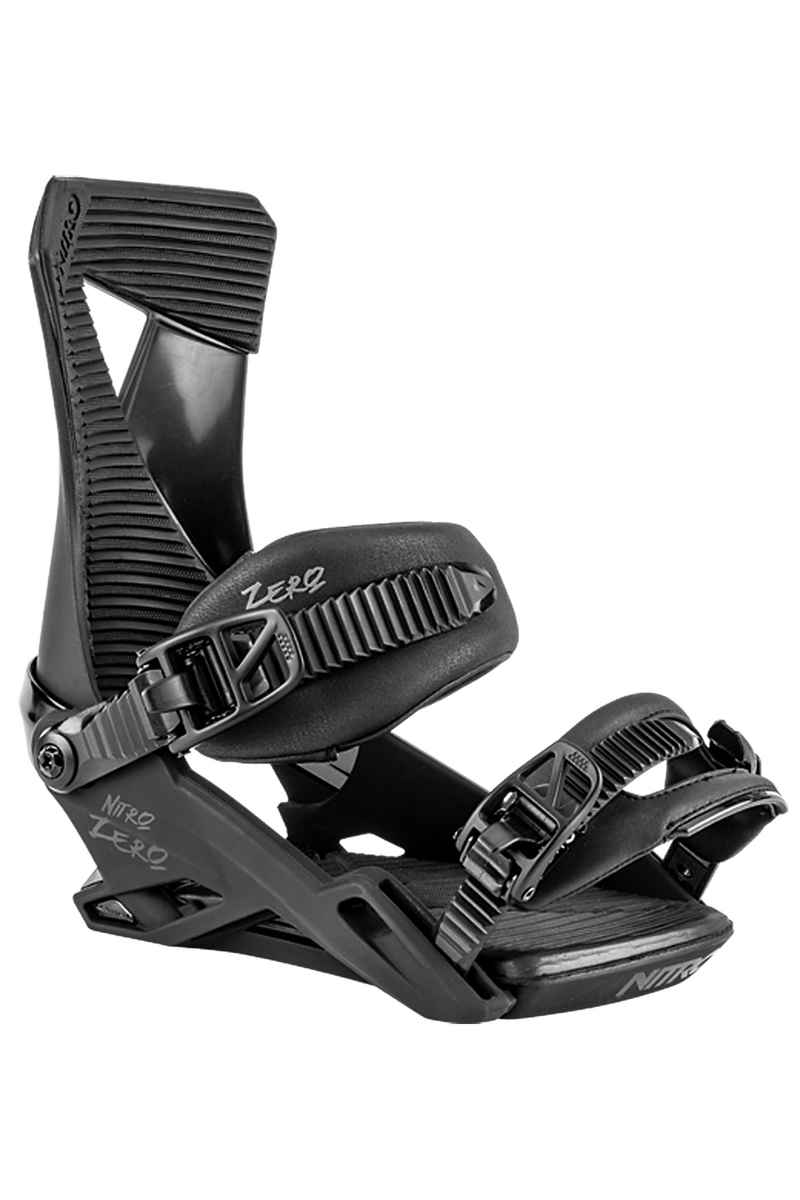 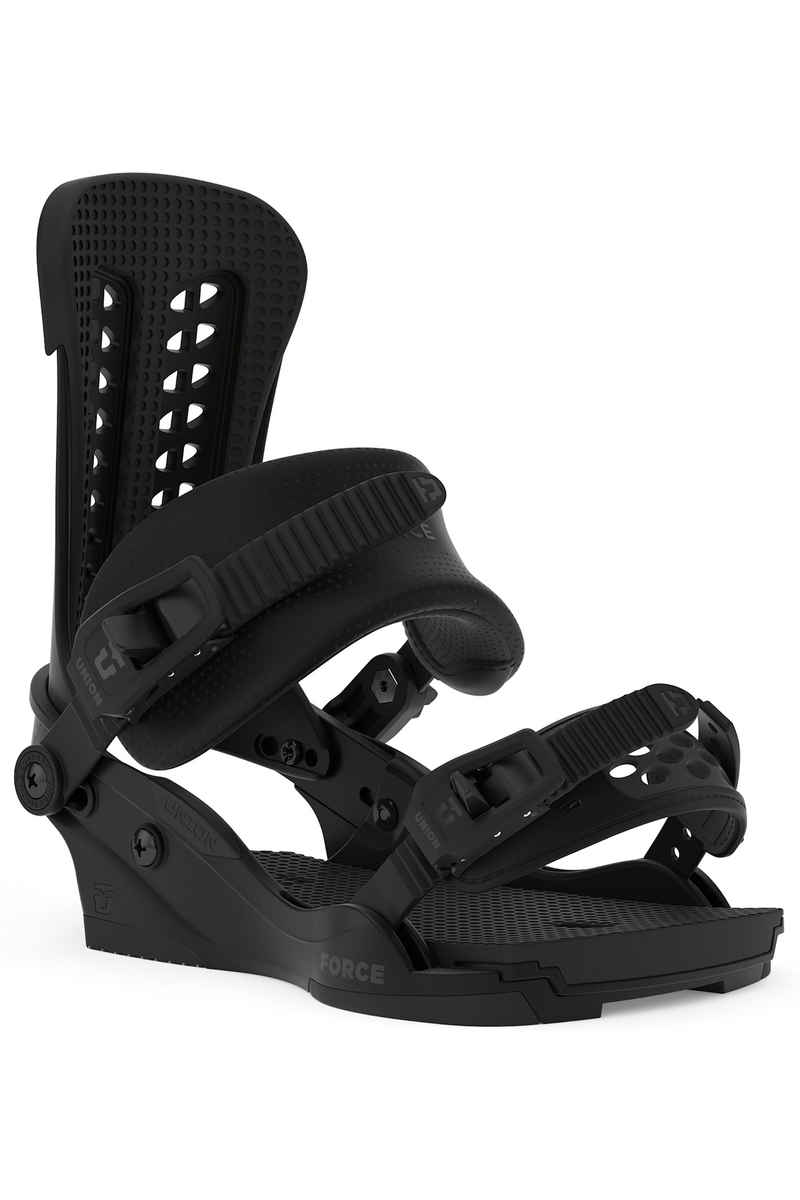 Features of the Snowboard Boots:

Besides your bindings your snowboard boots should have a soft flex as well if you’re in for street snowboarding. A soft and flexy boot provides you with a lot of movability so you can bend and twist your feet. Of course, this does not mean that you should sit loosely in your boot.

As well as in skateboarding you need a shoe that stabilises your feet and supports your movements. Especially for jibbing, presses, butters, and lipslides it’s useful to be able to move freely instead of being locked inside your boots.

Harder boots in comparison are made for carving and big mountain terrain because it’s important there to get the full pressure onto the edges of the board. 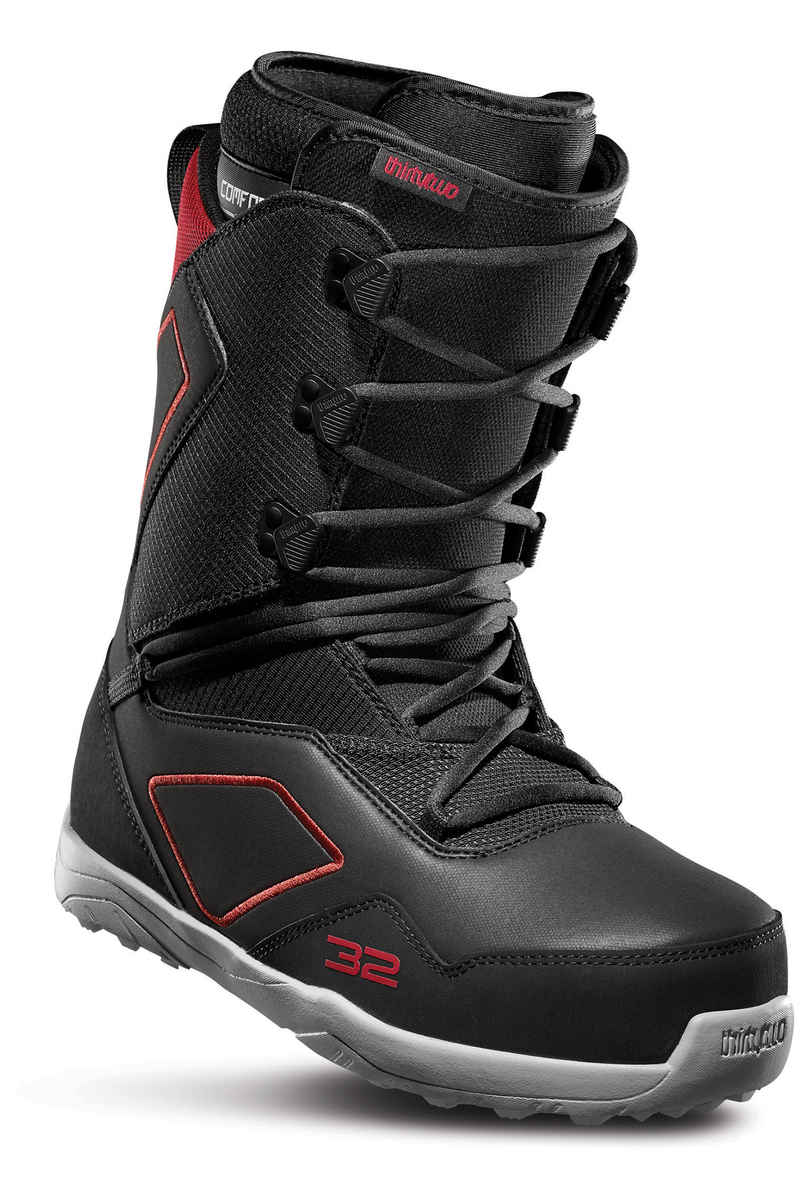 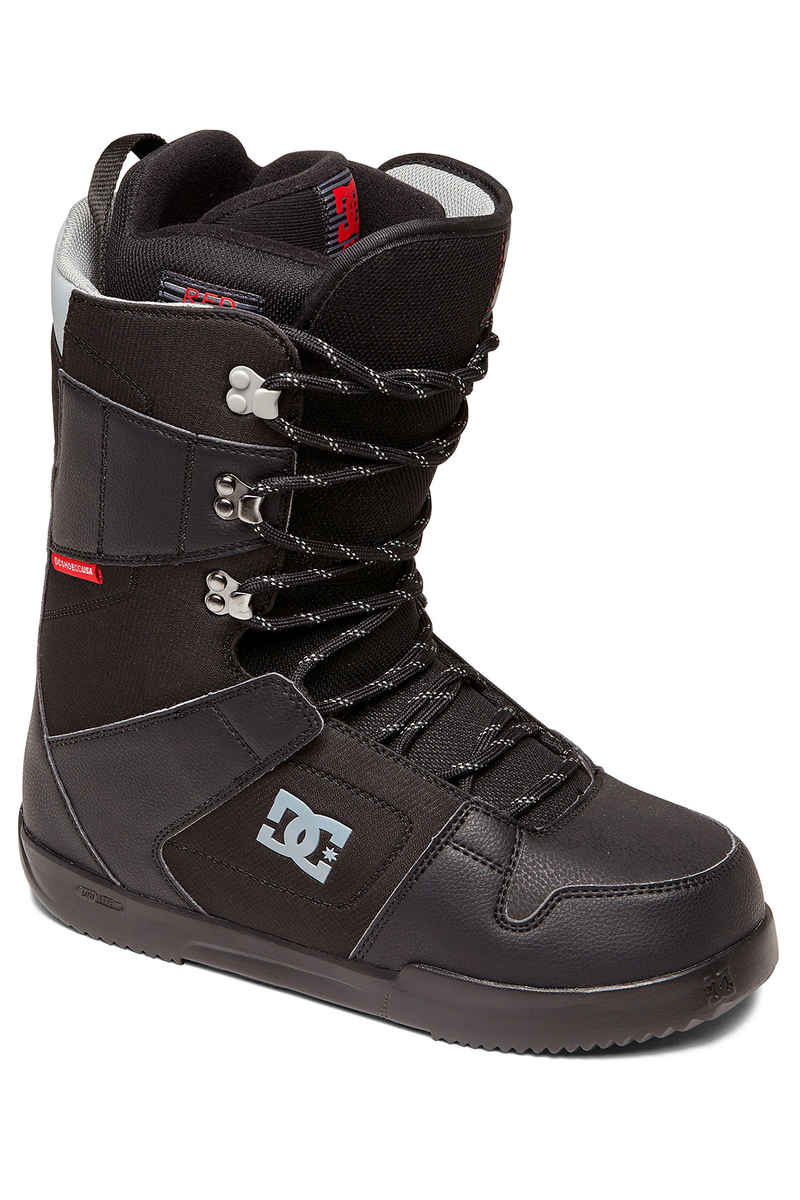 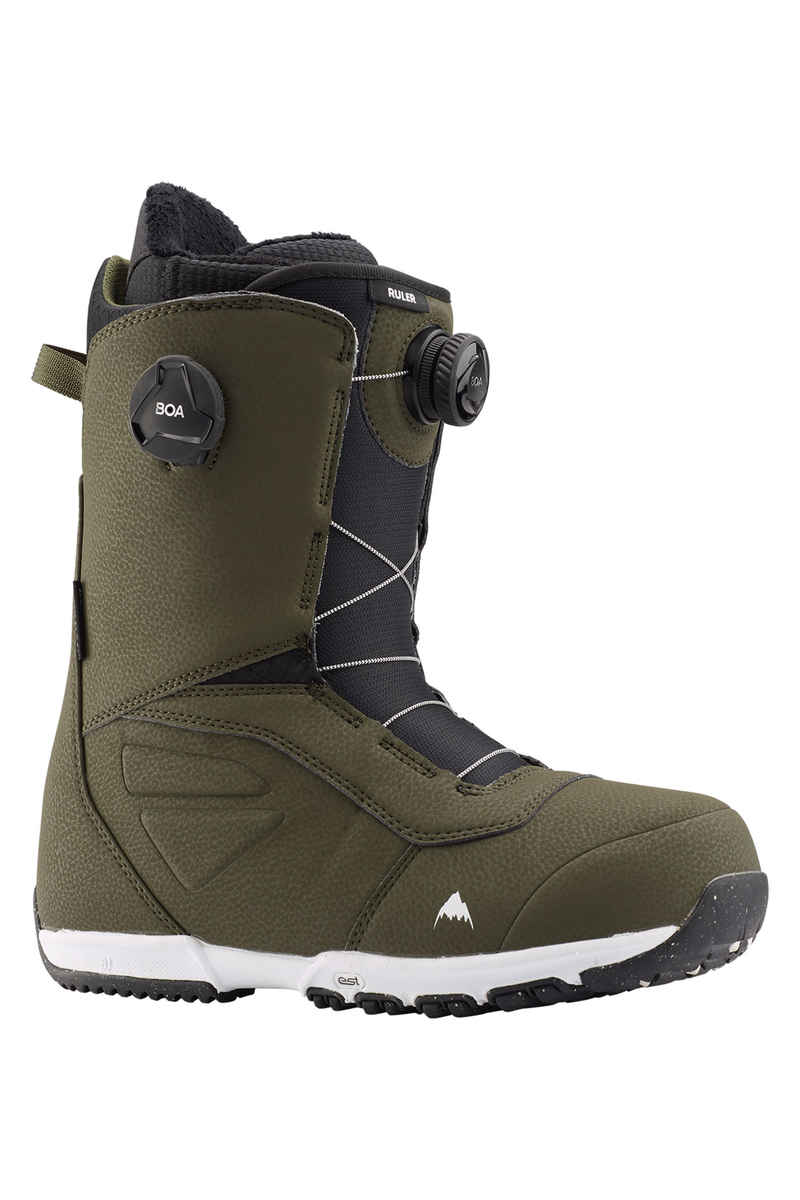 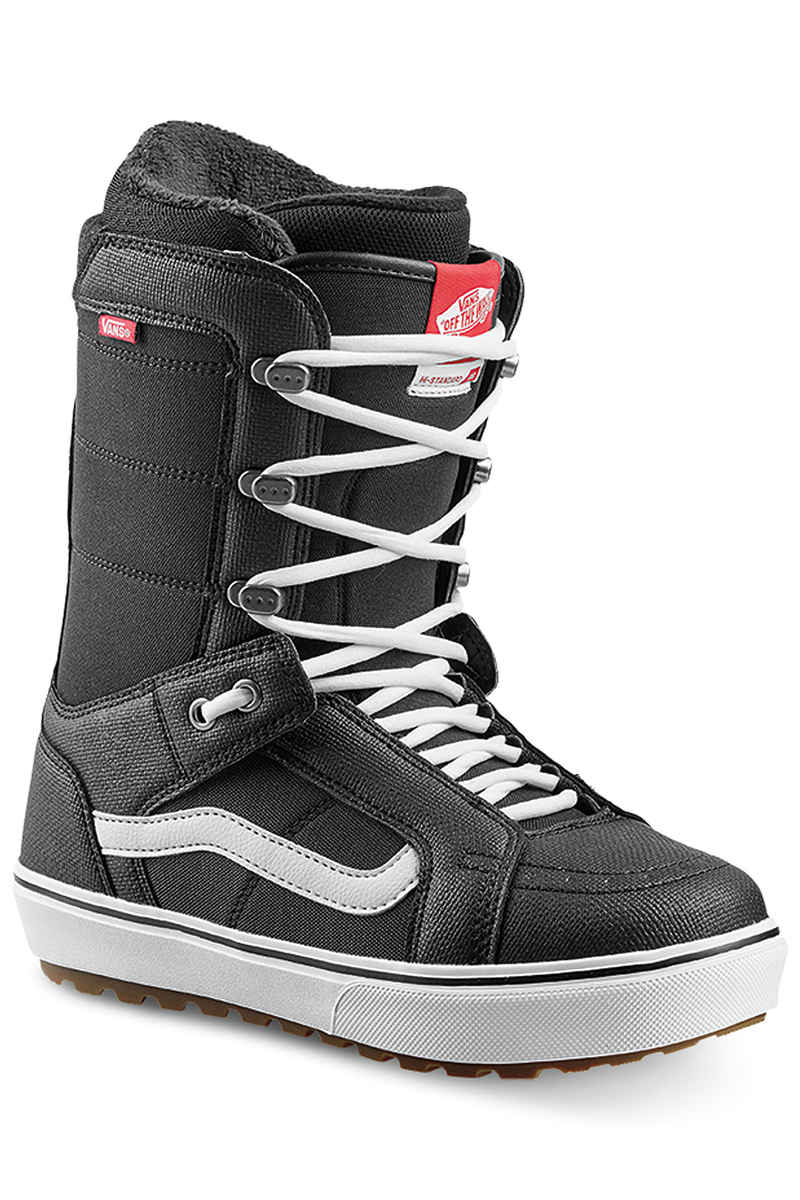 If there is not enough snow to get out with a snowboard but still too much to skate properly there is still another chance to have a little session on your favorite ledge spot. Get yourself a snowskate from Ambition and Apex

Like regular skateboards those decks consist of several plies of maple in the core which are glued together with a special epoxy resin formula to keep the moisture outside. With a snowskate you can do kickflips during deepest winter or simply explore the city with your friends to find new spots!

If you want to learn more about the different components of a snowboard like board, bindings, and boots you can check out our skatedeluxe snowboard wiki. There you’ll find all necessary information about snowboards and it’s parts plus an informative guide on how to assemble your new snowboard correctly.

Our costumer service will be happy to help you choosing the right parts for your new Street Snowboarding set-up. Don’t hesitate to get in touch!

Put your individual snowboard setup together with the help of our snowboard configurator!

Complete boardsets at our skateshop
See the Snowboard Wiki