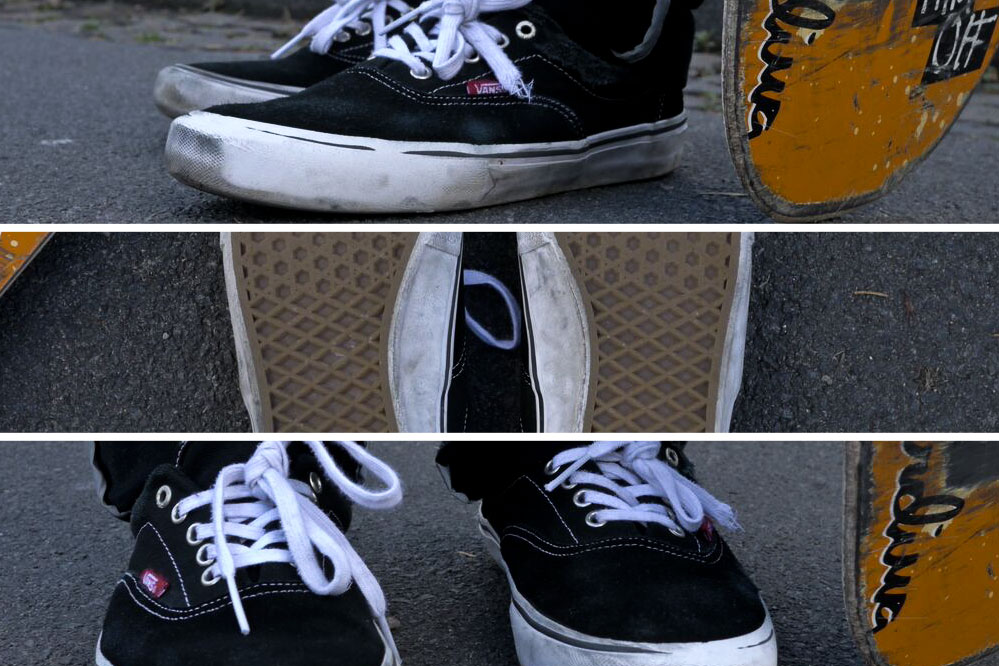 How does the Vans Era Pro act as a skateshoe? – product review

I always wanted to know how the Vans Era Pro act as a skateshoe. So I laced it up and took it to the streets with my skateboard. In the following review you can read my thoughts about the Vans Era Pro.

Vans was founded by Van Doren in Anaheim, California 1966. After so many years in the skate business they have a lot of experience concerning skate shoes. The Era is a Vans classic which is now released as a Pro-version with a UltraCush HD insole that gives you more comfort. It‘s a shoe for everyone who prefers a classical and slim shoes while skating. And everyone else should give it a try because it‘s a great skate shoe. 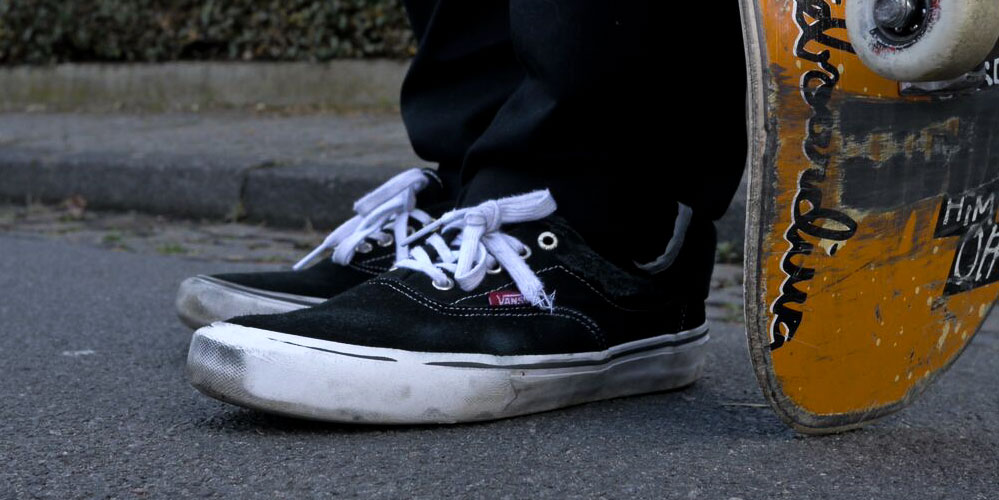 „The vulcanized sole gives you 100% boardcontrol and a lot of grip.“

The Era Pro is a simple and classical skate shoe. The forefoot is made of suede and the back-area is made out of canvas. It is very comfortable so you won‘t really recognize that you‘re wearing a shoe. It feels like a second sock. The vulcanized Wafflecup Sole gives you 100% feeling on your board and a lot of grip. Because of the UltraCush HD Insole the damping is way better compared to the usual Vans Era. Nevertheless, I don’t suggest skating high-impact spots with that shoe. It‘s great for flatground, ledge- and transition-skating. Smaller stair sets aren‘t a problem for the damping as well. You can skate the Era Pro right out of the box but it will be super grippy on the outsole. The whole shoe is a monster when it comes to the boardfeel. It‘s the greatest strength of the shoe. One disadvantage of the shoe is the thin material. When the board is falling on your toes you will definitely feel the pain. But skateboarding can or should hurt sometimes.

„ The suede is really good and looks like it‘s going to last for a long time.“

I skated the Vans Era Pro for one month and the abrasion doesn‘t look so bad. The outsole rubbed off a little but it‘s still working fine. The suede is really good and looks like it‘s going to last for a long time. The Wafflecup – Sole is rubbed off way more than the upper side of the shoe. So the sole, as sooften, will be done before the rest of the shoe. But therefore the sole gives you a great board-feeling. Conclusively I‘m very surprised how long the shoe lasts. 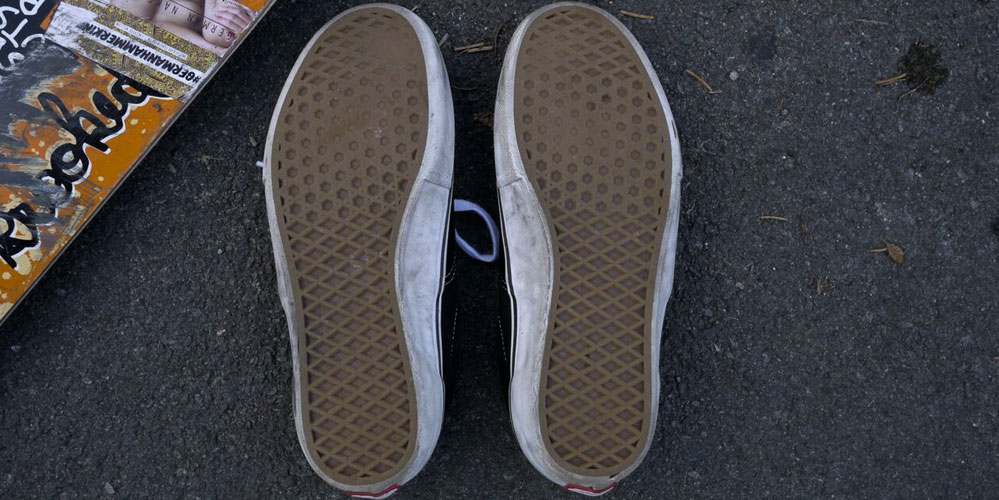 First, I was a little sceptical how the Era Pro would act as a skate shoe, because it is really thin and I usually skate thicker shoes. But I got surprised positively how good it felt on the feet and how much board-feeling it gave me. It was super grippy and lasted very long for such a thin shoe. I skated it for a month now and I think it can take a couple more weeks. One thing I don‘t want to forget is that the shoe looks really good. You can‘t go wrong with the classical Era Pro from Vans.

Don't hate go skate and don't forget to have some fun.