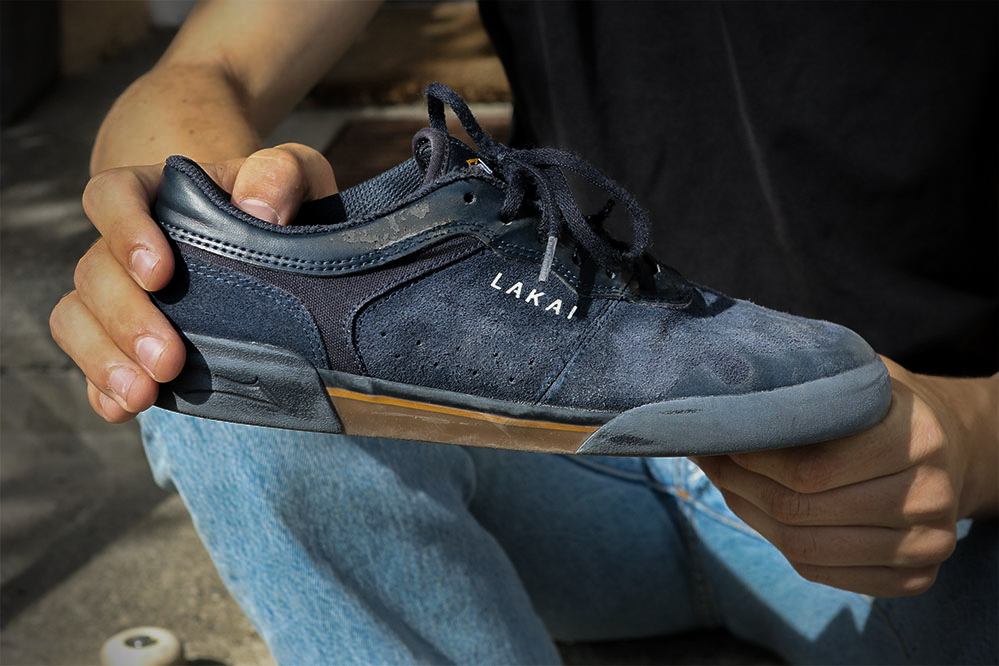 Releasing re-issues of old skate shoes is something that’s been going on for a few years now. However, unlike other brands, which are using basketball or tennis shoes as the basis of new designs, Lakai brings back a classic skate shoe from 2001: the Lakai Staple. But will this new version of the Lakai Staples still have the feeling of the chunky skate shoes from the past? Find out in the skatedeluxe Wear Test!

Exactly 15 years ago, Lakai first released the Staple, an iconic skate shoe, which until today is the brand’s most popular model. Now, the brand decided to bring the hype back with a new version of the classic. However, to fit today’s needs the shoe was completely re-engineered. For this wear test, I was particularly interested to see how much the new Lakai Staple has in common with the bulky skate shoes from the early 2000s.

Although the OG Lakai Staple’s fit was quite slim, the new version is much leaner. Moreover, the cupsole construction has been replaced with a vulcanized sole and the rubber toe cap is also not as massive as the original one.

The first time I put the shoe on, it felt exactly as skate shoe is supposed to feel. The heel is quite thin but the padding is still sufficient. The whole shoe feels strong and not too bulky. Although you know that you wear a vulcanized shoe on your feet, the Staple feels more stable than most competitive vulc shoes.

Only the subtle rubber toe cap does not require big changes when dragging Flip tricks. Together with the rather narrow toe box, it ensures a good flick. The shoe’s damping is very sufficient, unless you go for large gaps and steps frequently. If so, you should eventually replace the removable insoles. The board feel of the Lakai Staple fulfills the expectations of a vulcanized shoe. Even in terms of the grip, there’s no need to make sacrifices.

When it comes to the durability of the Lakai Staple, the toe cap of the shoe is the one to watch out for. Unlike other models such as the Huf Classic or the adidas Matchcourt, this toe cap is not made of solid rubber, but of a thinly applied layer of synthetic material. But although this layer, especially in the ollie area, wore out quite a bit during the first ten sessions, for me it has still positive effects on the durability in general.

Another positive factor of the Lakai Staple is the sole. It kept up very well throughout the whole test and had hardly any flat spots. Also, for me personally, the Lakai Staple is the first shoe in a long time, which didn’t need new laces after every session. Overall, the shoe’s above-average durability – especially with a vulcanized shoe – is a total win! 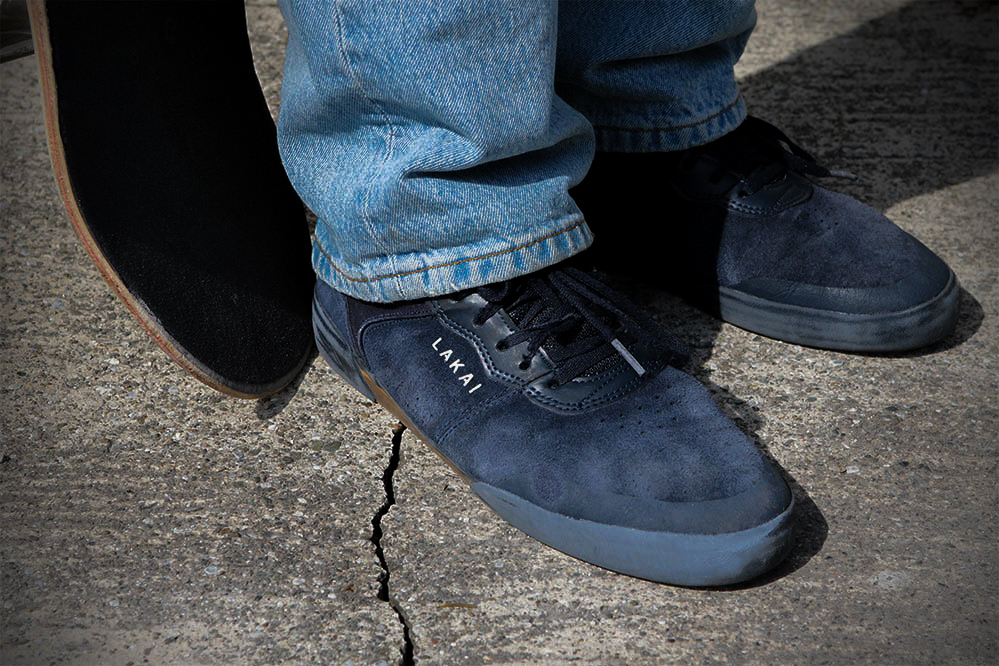 With the updated version of the Staple, Lakai shows that re-issues of classic skate shoes are indeed successful. The new, revised Lakai Staple is a well-designed vulc model with enough cushioning and good durability.

• toe cap wears out rather quickly

Skate the re-issue of the classic! The Lakai Staple at skatedeluxe

Guess what, I tested more than the Lakai Staple!

One thought on “Wear Test: Lakai Staple – Oldie but Goodie?”