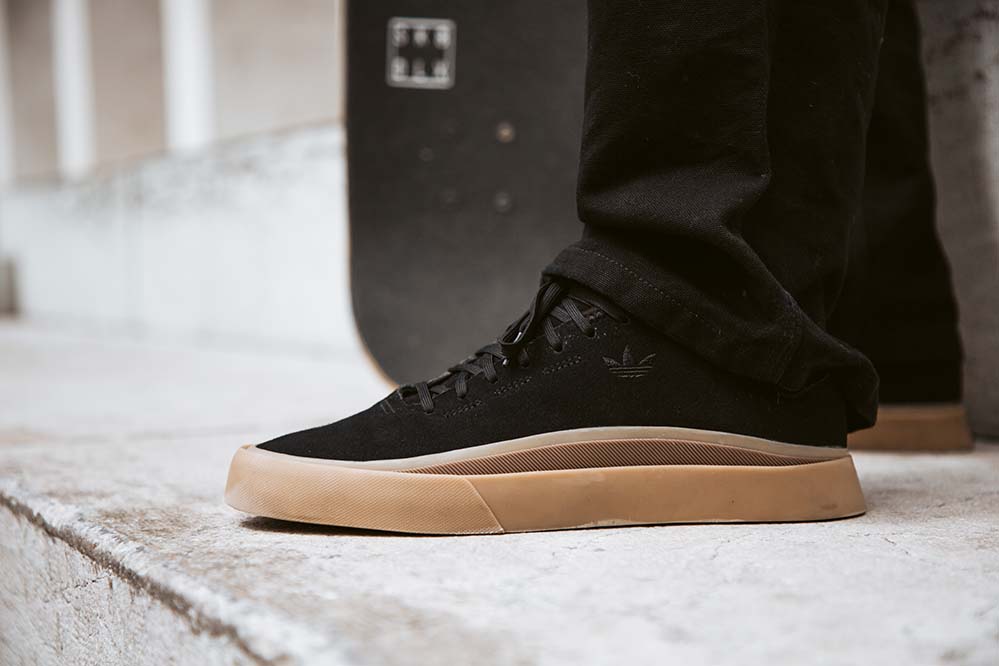 With the Sabalo, adidas Skateboarding brought another skate shoe with an uncommon design to the market. I tested if the rather low-priced model could keep up with other shoes from adidas. 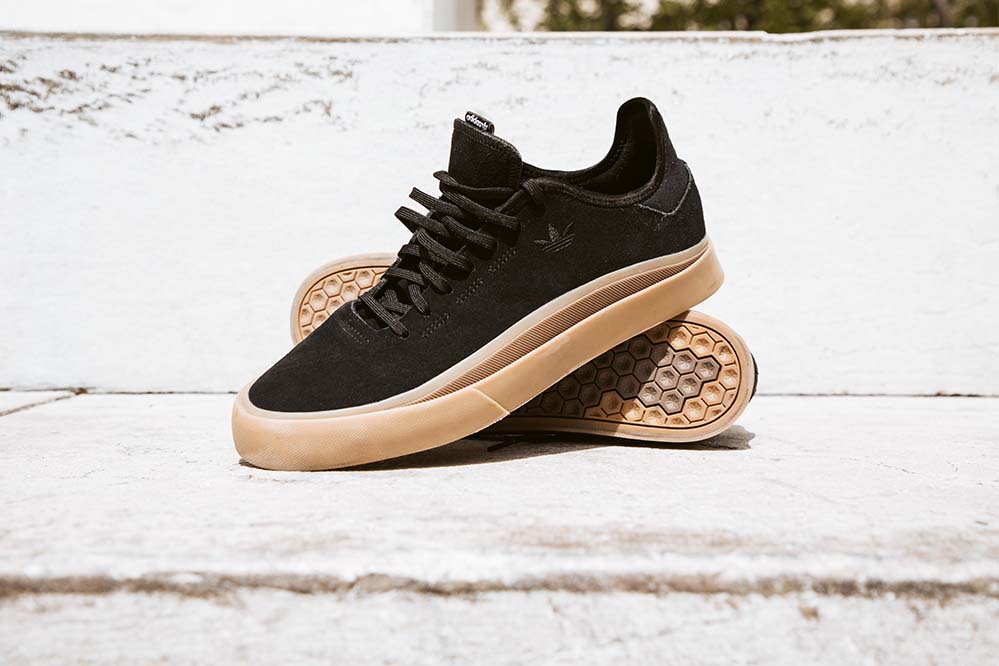 It’s quite obvious that the fisheye-look was the inspiration behind adidas new skate shoe Sabalo. This becomes very clear when you take a look at the foxing tape vulcanized outsole that wraps around the midsole and reaches out to the upper of the shoe. Very atypical for adidas: the model pays no homage to the popular three stripes design. What’s more, the shoe’s upper hardly has any visible seams. 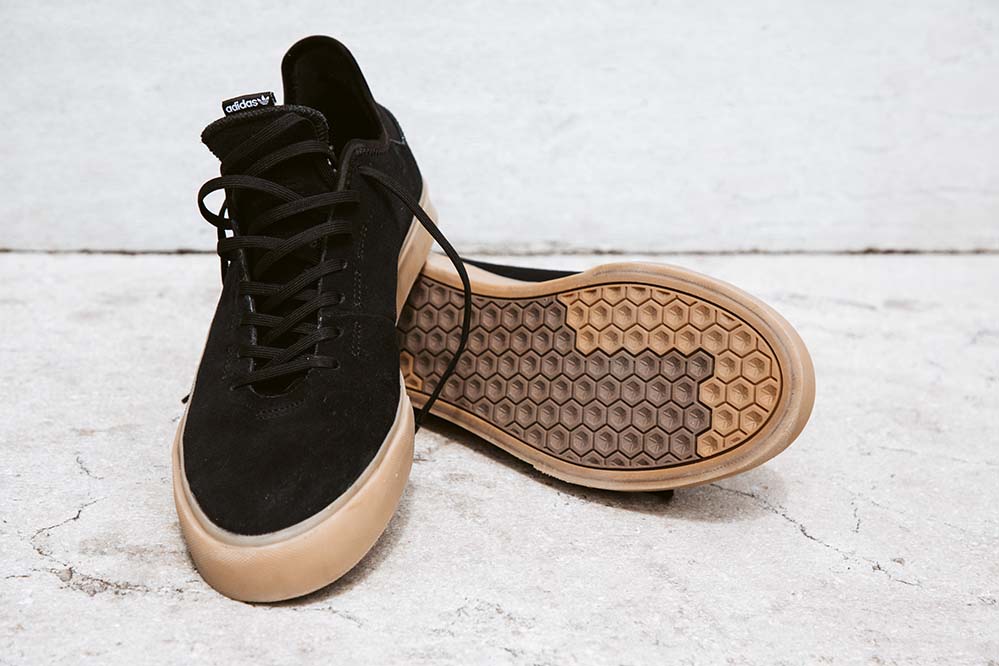 Despite quality uppers and more technical finesse, like the improved AdiPrene sock liner, the price for the adidas Sabalo is at the lower end. But does the price range affect the shoe’s quality and can it keep up with more expensive models? I took a closer look at the Sabalo to get some clarity on this.

When you’re taking the shoe out of the box, you’ll recognize that the Sabalo has been processed at a very high standard – I wouldn’t have expected less. From the very beginning it had a comfortable, snug fit; without any blisters on my feet or similar. Although it appears to be very slim, the Sabalo fits just about right in my opinion – not too big or small, not too narrow or tight either. Thanks to the improved AdiPrene mesh sock-liner, the shoe fits like a glove.

The removable insole is the same type you’ll find in the adidas Lucas Premiere. Don’t expect too much impact protection, but a lot of boardfeel instead. The Geohex pattern of the outsole also plays a role in this and provides a lot of grip.

In my experience, lower-priced skate shoes are often the ones that can catch your attention in the beginning, but lose their performance after a short period. The adidas Sabalo doesn’t fit that mold at all.

The skate shoe is quite durable and offers sufficient support and stability even after several sessions.

I had to skate and wear the Sabalo a considerable amount of time in order to notice a few of its weaknesses. While the upper showed hardly any wear and tear – courtesy of the high foxing tape – the outsole’s thread wore down to a certain extent. To be fair, it mostly lost its pattern but kept its grip! Therefore, the Sabalo doesn’t need to hide behind its more advanced sibling when it comes to durability. Quite the opposite is this case.

The Sabalo from adidas Skateboarding is a skate shoe that scores well on all levels. Aside from skating gaps and jumping down stuff regularly, the model is suitable for any type of skateboarding. The shoe’s design might need some getting use to for some people, but this shouldn’t stop them from giving the Sabalo a chance. After more than eight weeks of testing, the three striped brand’s new model managed to fully convince me.