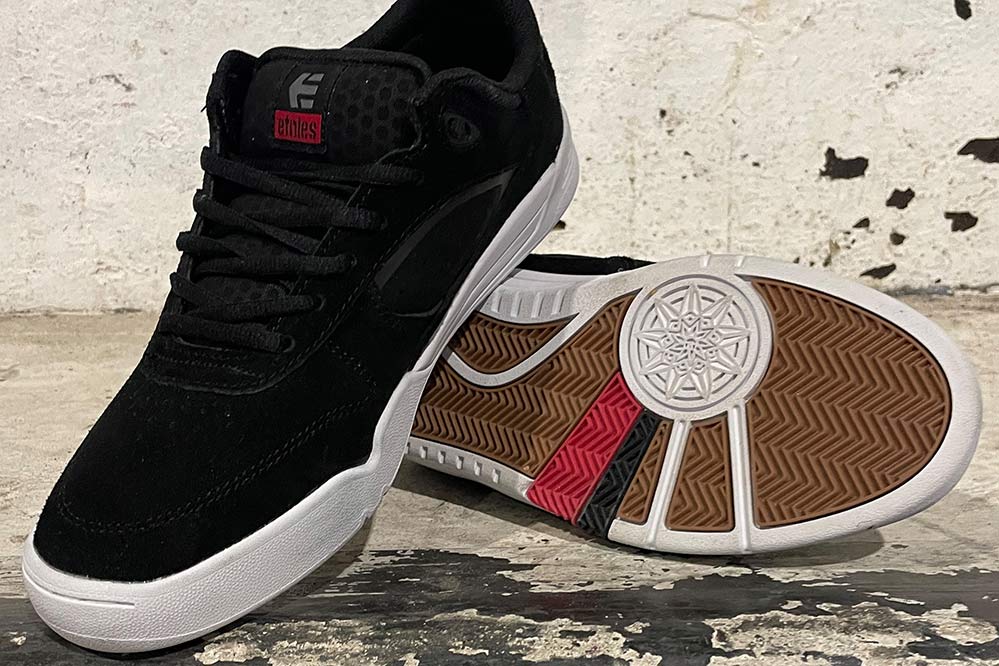 The Etnies Estrella is designed with the idea of being an all around skate shoe. As Sheckler says himself, “For chilling, working out and skating.” I will say that I was mostly interested in the last one. 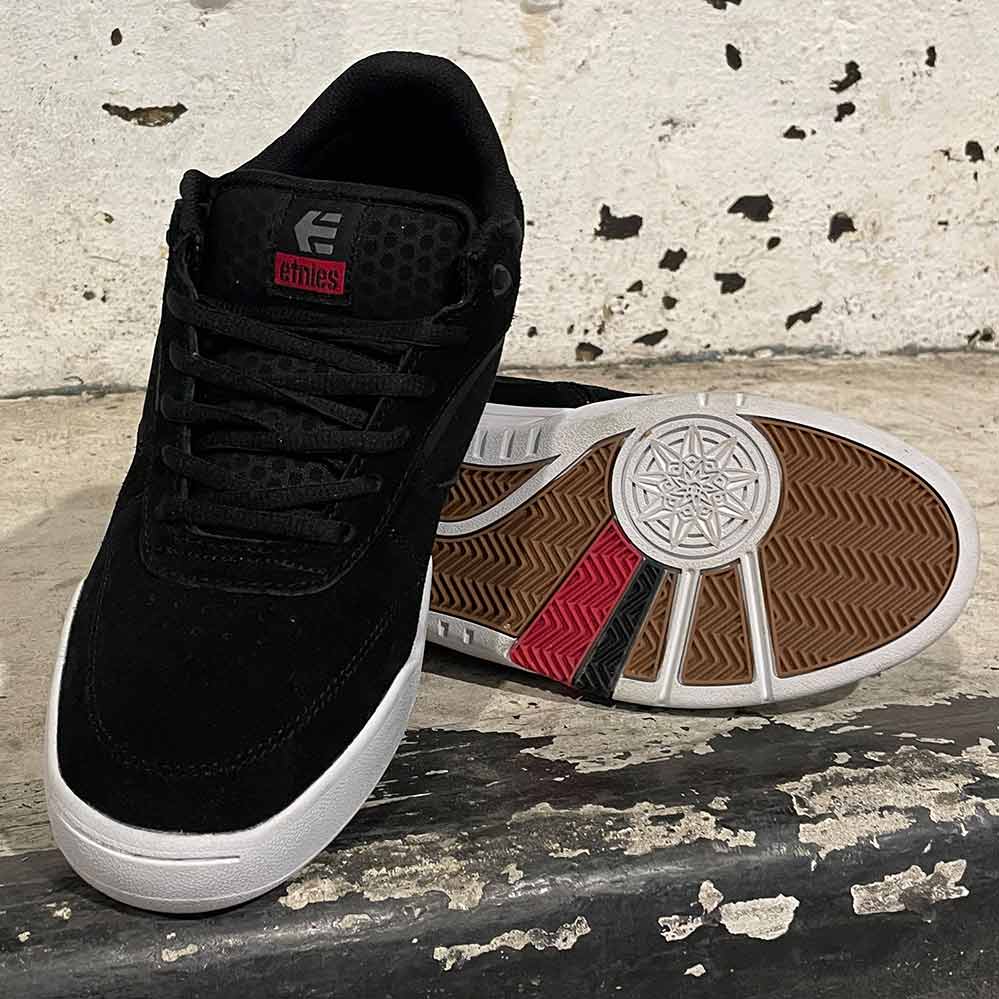 Ryan Sheckler has been destroying spots for about 25 years now. Since the beginning of his career Etnies has been there along the way. His experience and expertise led to the design of one of the most popular and iconic skate shoes in skateboarding, the Etnies Marana. That is why I was so excited to try out the new shoe design by Ryan Sheckler, the Etnies Estrella.

First Impression and the Fit

As expected from a well designed cup sole skate shoe, the shoes are very light. The design doesn’t look too complex to the naked eye. Yet, as I looked closer I could see all the skateboarding focused features, as well as, the attention to detail. The stitching is reinforced but not visible and the rubber is mindfully placed. 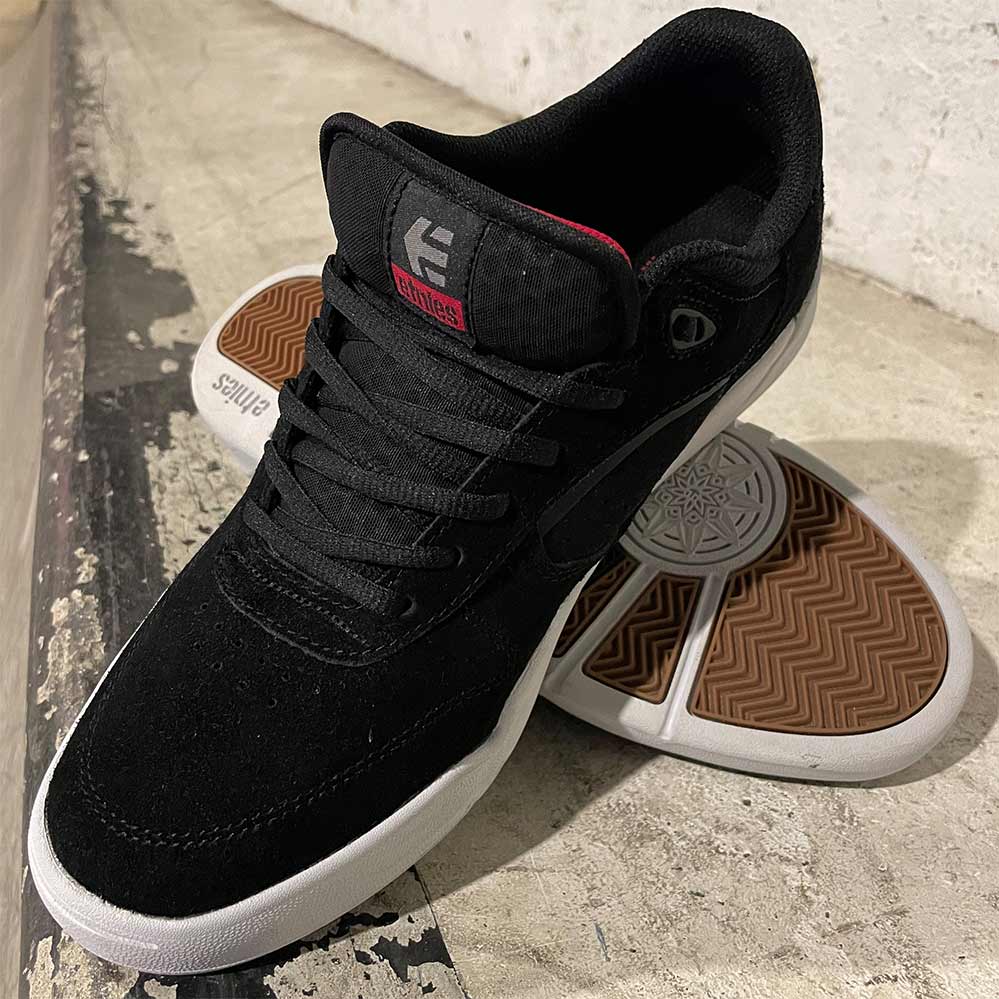 The first thing I noticed was the construction of the cup sole. The sole is nicely rounded on the edges so there is no need to break in the flick on the shoe. The sole is shaped to match the contours of everything a skateboarder wants. I felt I was putting on shoes that were in the perfect point when the flick is just right. 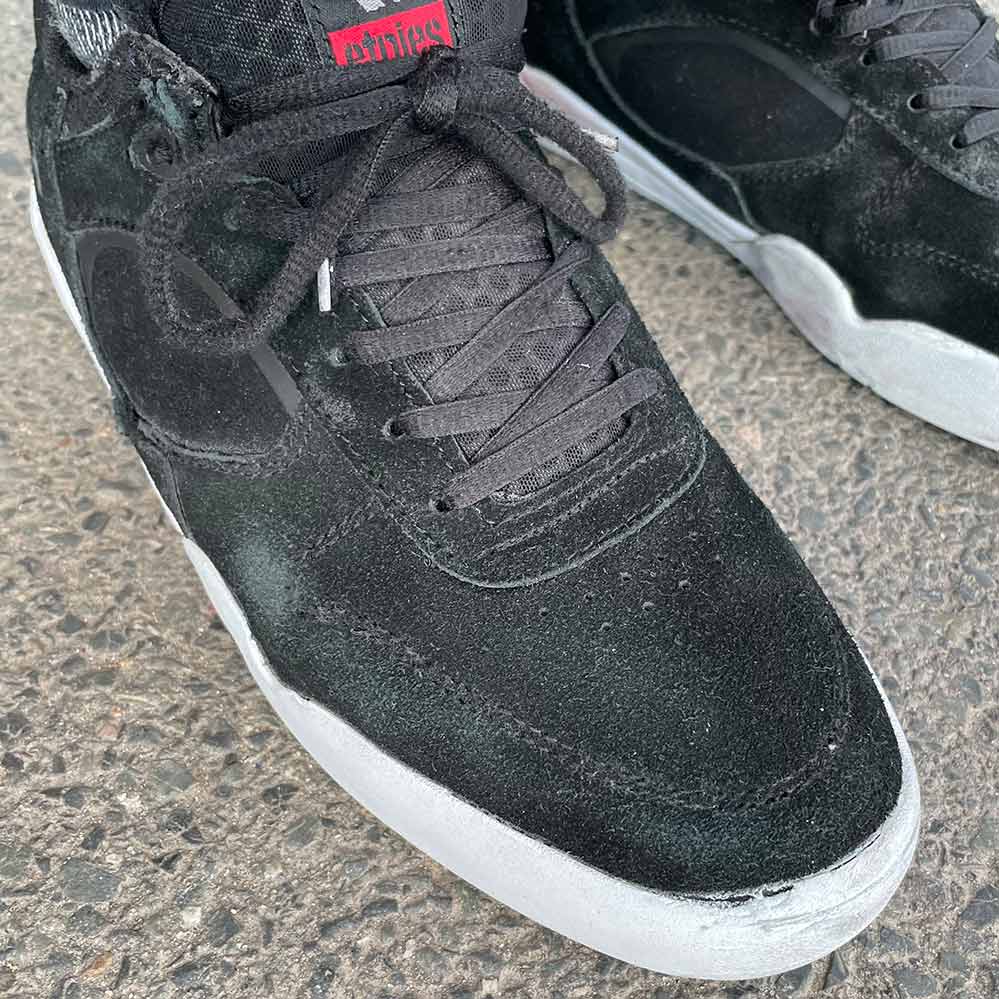 Secondly, the sole has well placed areas with extra rubber material near the ollie area and at the tip of the sole. I can tell that a lot of thought went into materials that were used. In areas that experience more wear there is thick, high quality suede. The shoe lace locks made me realise that there are still shoe companies that focus on what skaters need.

The fit is a bit wider and gives a bit more room for the balls of the feet to move. I can still feel the flick from the very beginning. It is a very similar fit to a Etnies Marana or És Accel Slim. The sizing is true to size. The first time I put the shoes on I noticed that the sole wasn’t particularly thick. I was worried I wouldn’t be able to feel the board. This wasn’t at all a problem. I did replace the insoles, though.

The insoles were nice and soft with a slightly higher heel but I prefer my Footprints which are a bit harder and flat. I would say that I’m surprised at how thin the sole is based on the high impact skating Ryan Sheckler is known for.

The first session in the etnies Estrella

The shoes did feel surprisingly ready for skating. They weren’t particularly grippy at first but as the sole soon became more flexible. Within a short time the shoes became significantly grippier.

The attention to detail in the shape of the sole was very noticeable. The additional rubber was perfectly placed for my ollies. The flick was quick and only got quicker as the session went on. 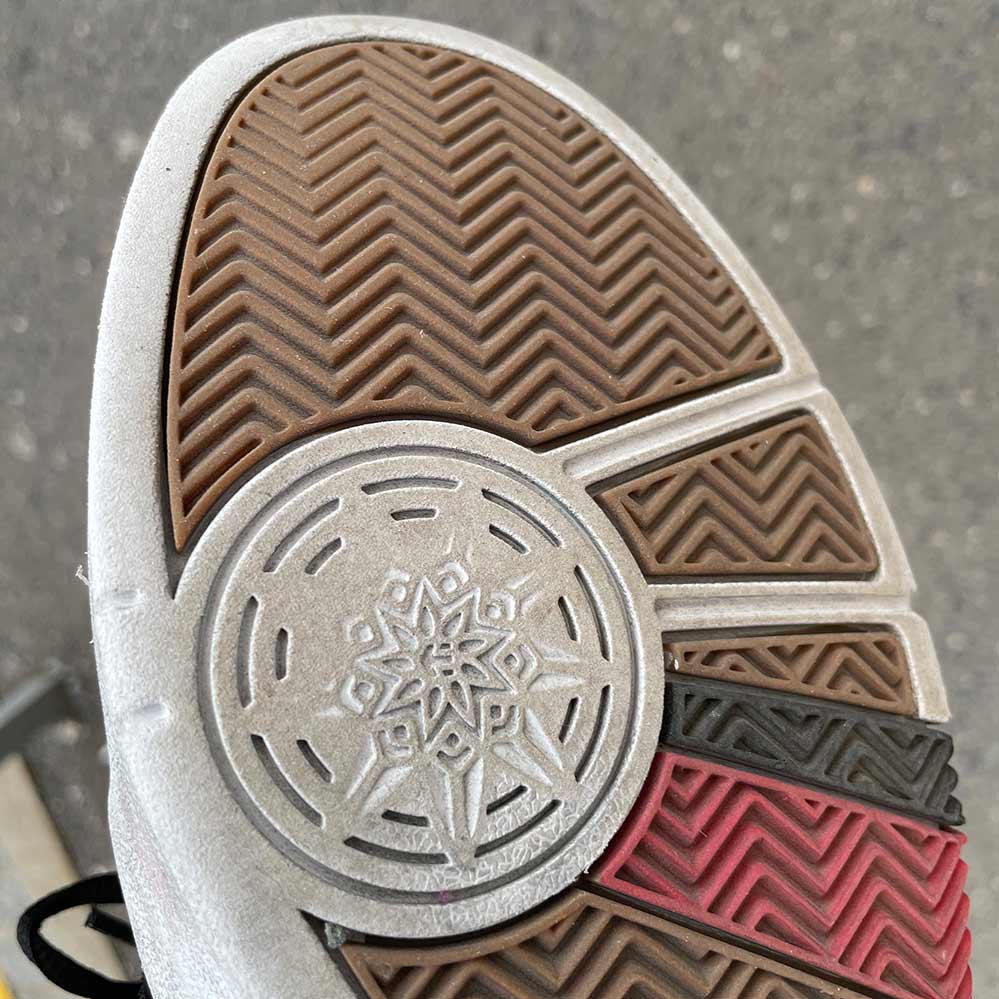 After 10 hours of skating 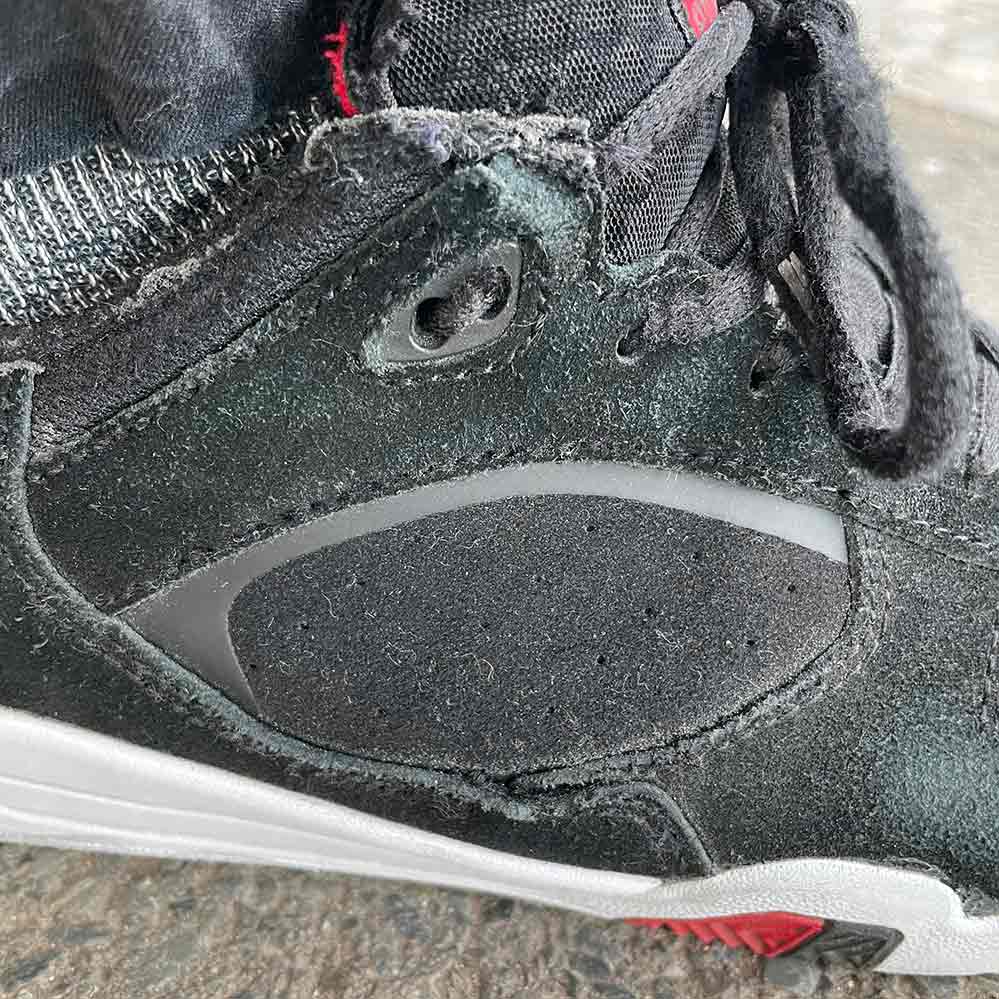 Loving the sessions more and more as the shoe became more elastic but didn’t lose its form and structure. The ollie shows almost no wear as the rubber is doing all the work and preventing a lot of damage.

It´s worth mentioning that the rubber is of very high quality. It has the quality of a good vulcanised style shoe foxing tape in texture but is a bit harder. The material underneath is nice and grippy. The additional material in the flick made the front drop down more than usual. My kickflips felt just great.

After 20 hours of skating

The shoes are still very solid an and have maintained their structure. The heel and sole are firm but not stiff. I would say the rubber is unique to the brand as being particularly hard but not at the cost of losing grip. The stitch is starting to rip in the ollie area but there isn’t any issue with holes, yet. 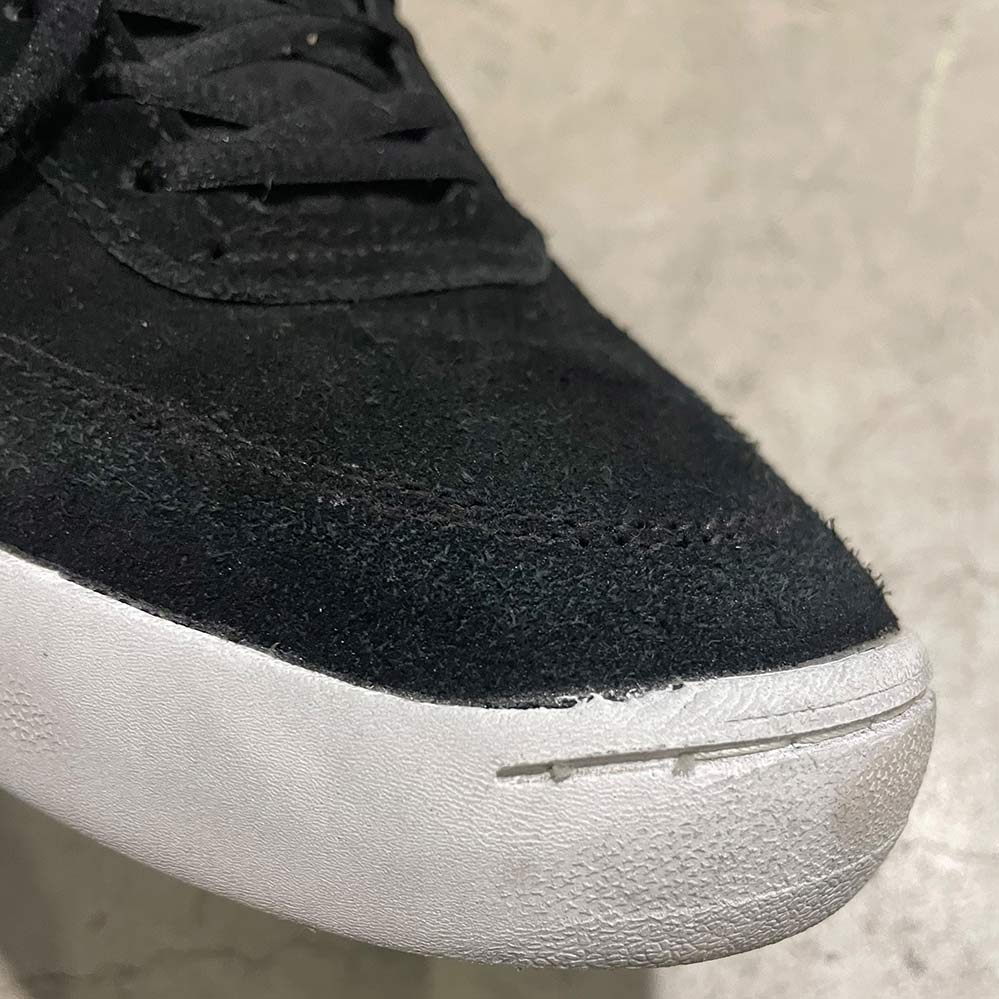 After 30 hours of skating

I set up a new board and grip for these last ten hours thinking the shoes would be significant more worn. Not a chance. The shoes are even grippier now then in the beginning. I would say the shoe is designed more for skaters that flick with the tip of the foot for kickflips than with the side of the foot. 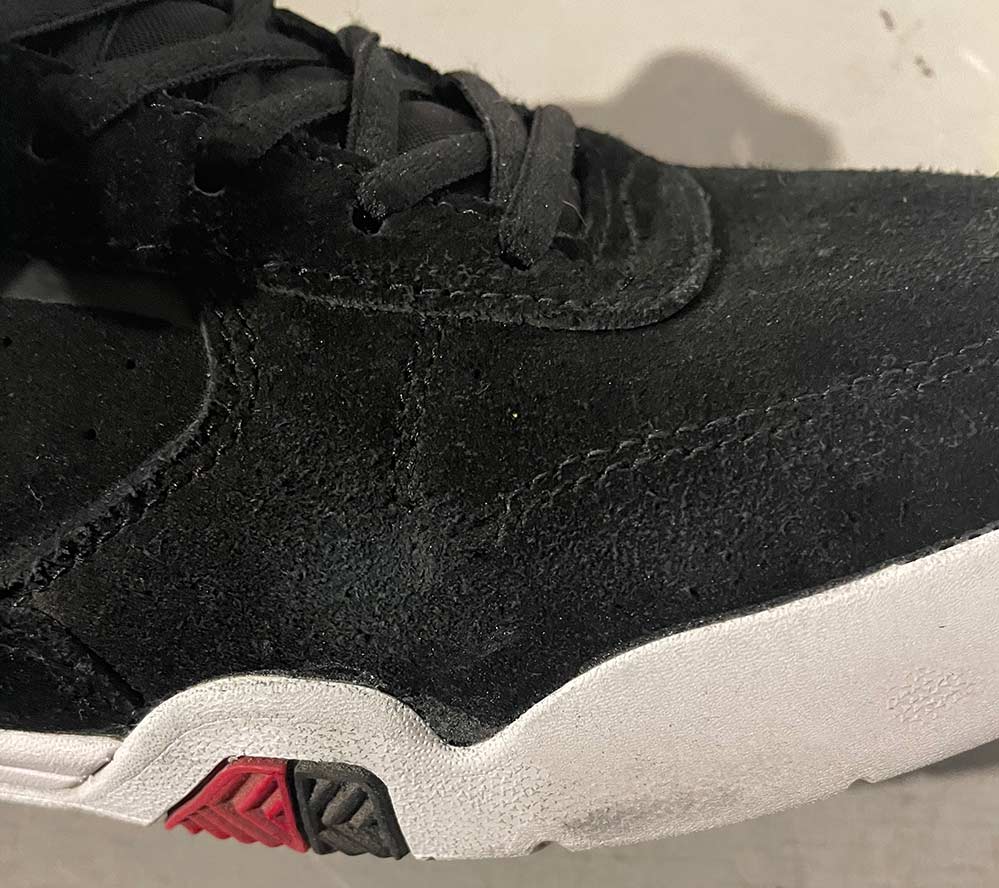 The only wear I can see is in the sole and in my key points on the upper that I was having issues with before. Again, I strangely wear down the upper shoelace area and the middle of the foot. Yet I can say that the sole has prevented a lot of that damage as well.

The design of the sole and the entire shoe left me thinking how great a shoe can be yet still provide a pretty simple look. They are very well developed and any skateboarder that tries the shoe can quickly see and feel that etnies had skateboarding in mind. The etnies Estrella is a very pleasant surprise for me and I would recommend them as the price does suit the durability.